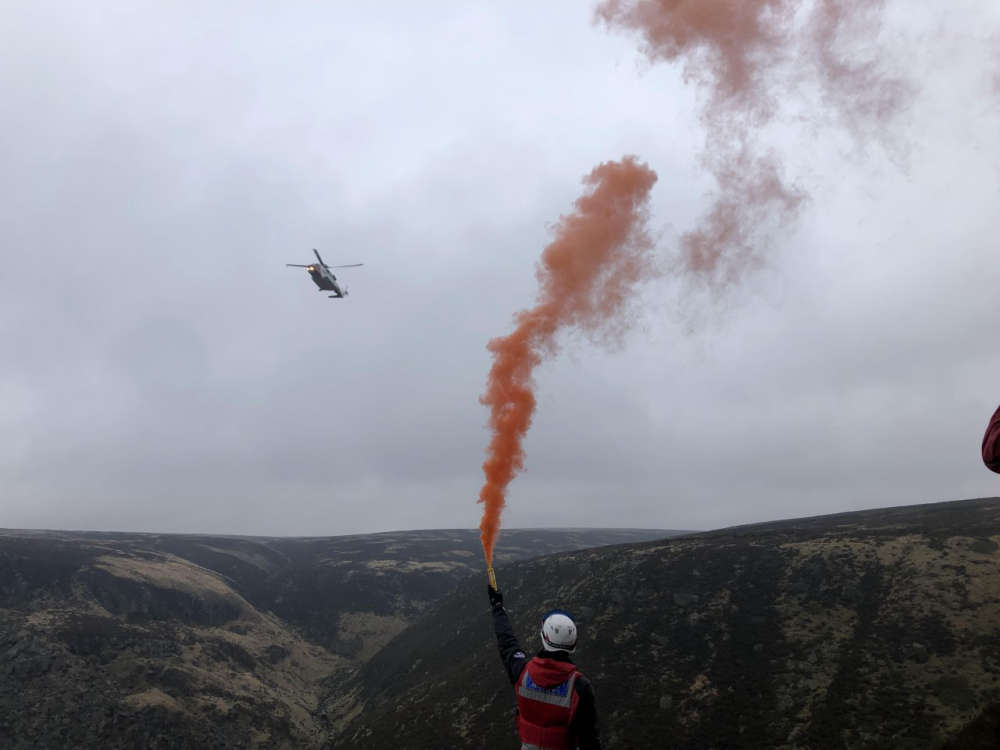 Oldham Mountain Rescue Team was requested as part of a large multi-agency response to an incident near the Trinnacle at Raven Stones at Greenfield on Sunday (23 January).

Initial reports were two females had fallen from the edge onto the path below, their injuries were unknown.

Fortunately, an OMRT member was in the area so was quickly able to establish the exact location of the incident, and to direct extra personnel to the scene. This also allowed other agencies to be stood down.

OMRT leader Rob Tortoishell said: “After team medics assessed both casualties, it was determined that, because of the height they had fallen, they would be treated for potential spinal injuries. Due to the hazardous nature of the terrain, assistance from Maritime and Coastguard Agency helicopter with their winching capability was requested.

"At the same time, we contacted our neighbouring team, Holme Valley Mountain Rescue Team, to ask them for assistance with extra personnel in case the helicopter couldn't attend and it turned into a technical rope lower.

"Thankfully, Rescue 912 from Humberside was tasked, so the casualties were packaged in vacuum mattresses and onto our stretcher before being winched into the helicopter, along with a team doctor, for onward transport to hospital.

"The casualties' companions were walked off the hill to their car at the main car park. We then had to arrange picking up our doctor and two stretchers from Sheffield, as well as getting back to base to sort out the mountains of kit that are inevitably involved in a double casualty incident such as this."