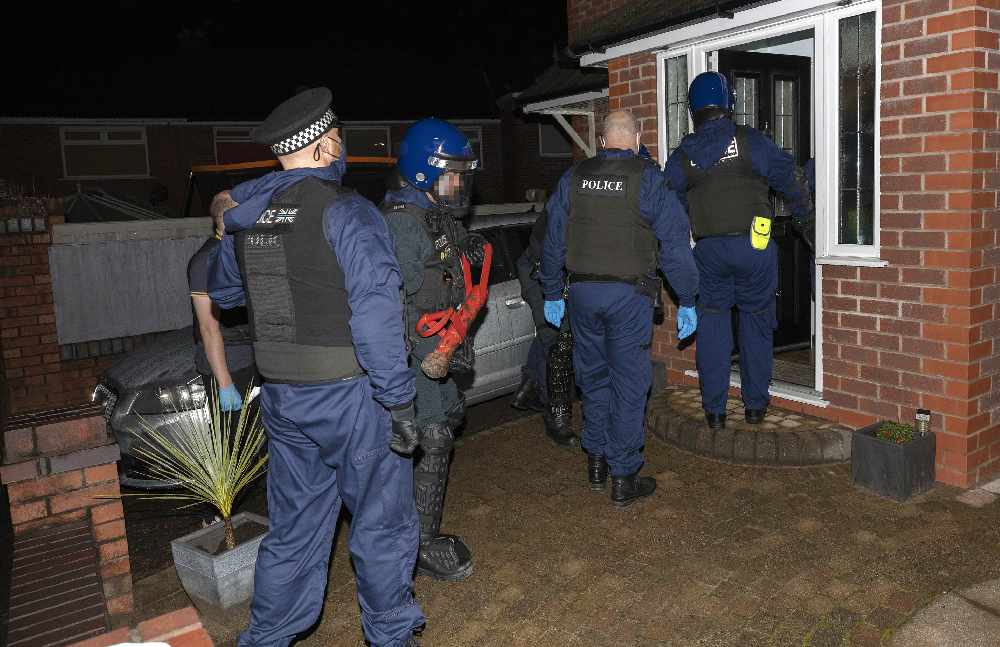 Arrests were also made by North Yorkshire Police at two addresses in York.

It comes as part of a four-month investigation into the transportation of class A drugs and the trafficking of vulnerable young people between the Oldham and York areas - codenamed Operation Homestead.

The 13 arrested – aged between 16 and 54 – are being held on suspicion of conspiracy to supply class A drugs and on suspicion of section 2 of the Modern Slavery Act – arranging or facilitating travel of another person with a view to being exploited. They all remain in custody for questioning.

A small quantity of class A and B drugs were also recovered from the addresses to be examined and used in evidence. 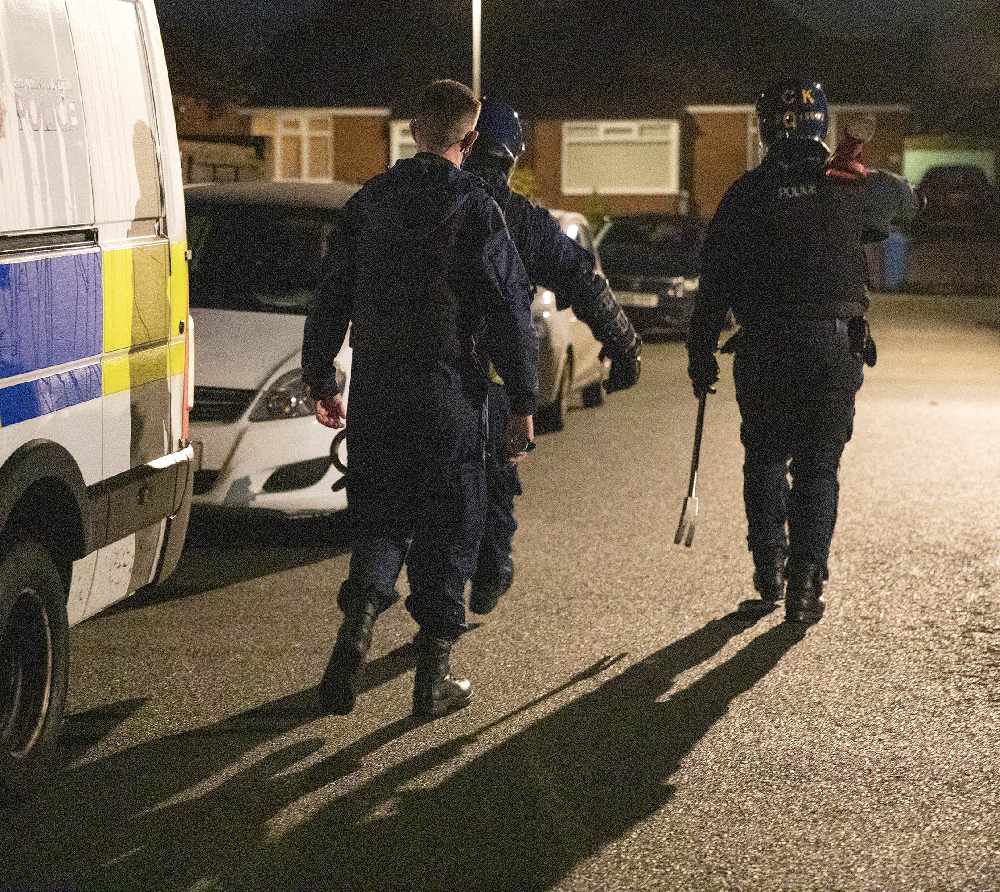 County Lines is the term used to describe gangs and organised criminal networks involved in exporting illegal drugs into areas across the UK, using dedicated mobile phone lines. Criminals are likely to exploit children and vulnerable adults to move – and often store – drugs and money.

Since the inception of Operation Homestead, GMP say it has been working alongside North Yorkshire Police and local partners as part of a multi-agency response to ensure the safeguarding of vulnerable people coerced into criminal activity.

Detective Chief Inspector James Faulkner, of GMP's Oldham division, said: "Today's strike action has come after months of dedicated work by officers on the Oldham district, along with our colleagues at North Yorkshire Police, to target and dismantle those involved in this grossly illicit activity.

"It is a very plain and simple fact that drugs wrecks lives within communities, but they especially shatter those of vulnerable people who are targeted and threatened by criminal groups and made to suffer silently while being forced to assist their pernicious criminal enterprises.

"It isn't just our commitment to ensure those responsible are brought to justice, but to also work collaboratively with local agencies and partners to put in place the appropriate services and safeguarding measures to support and protect those who bear the brunt of such criminality.

"This morning's operation should send a clear message to the community that we are determined to tackle this type of crime, and I encourage anyone with any information or concerns to make contact with police knowing that information will be treated with the strictest confidence." 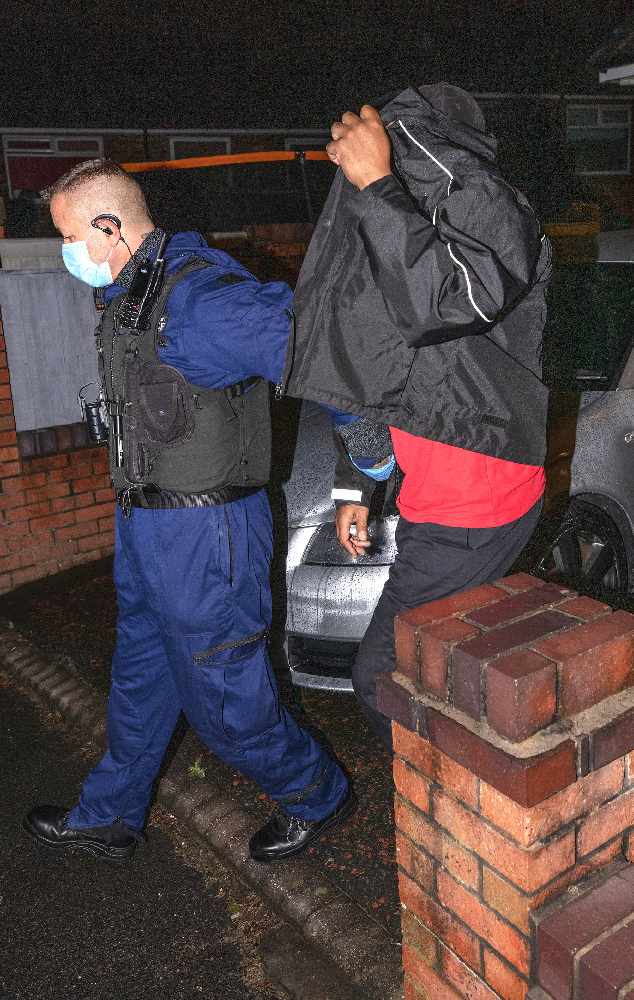 Councillor Amanda Chadderton, Oldham Council’s cabinet member for community safety and policing, said: “Oldham Council and its partners are committed to safeguarding the most vulnerable people across the Borough to ensure they are given the protection and support they deserve.

"Slavery is cruel and degrading and has no place in our society and it is important we all tackle those people who severely mistreat others.

"While the police and the courts will serve out the correct punishment it is our responsibility to now support the victims to help them recover and move towards a more normal life.

"Anyone who is suffering from any form of violence, control or abuse should not have to do so in silence and should be helped to contact those who can safeguard them.”

Four of those arrested - two men aged 48 and 54, and two women aged 41 and 47 - were from the York area and taken into custody by officers from North Yorkshire Police.

Superintendent Lindsey Butterfield, North Yorkshire Police’s commander for the York and Selby areas, added: “Today’s action is a clear demonstration of how police forces and partner agencies work together to tackle the scourge of county lines drug dealing and sends a very clear message to those who continue to exploit vulnerable people and bring drugs into North Yorkshire - it’s only a matter of time before you’ll be in the same position as those in custody right now.

"The operation also puts modern slavery in the spotlight and highlights the vulnerability of some of the people who are exploited by drug dealers. Particularly young people who are groomed by criminal gangs and end up in a situation they cannot get out of, being forced to work for drug dealers and facing abuse and violence.  To that end, I urge members of the public to look beyond the obvious. Exploited and vulnerable people don't always look vulnerable, don't always act like victims, and may not believe or understand that they are being exploited. Please look out for the signs and report it, you could help save someone from a life of abuse. As you can see from today’s action, we will act on information.”

Anyone with any information should call 101 quoting Operation Homestead. Details can also be anonymously passed to the independent charity Crimestoppers on 0800 555 111.

As organised crime can take many different forms, there can be various different signs to look out for. Some of the most common are:

Anyone who spots any of these signs, has any concerns or would like to make a report should get in touch with GMP via the website where you can use the LiveChat facility, or report a crime via our online reporting facility at: https://www.gmp.police.uk/ or by calling 101. But you should always dial 999 in an emergency.