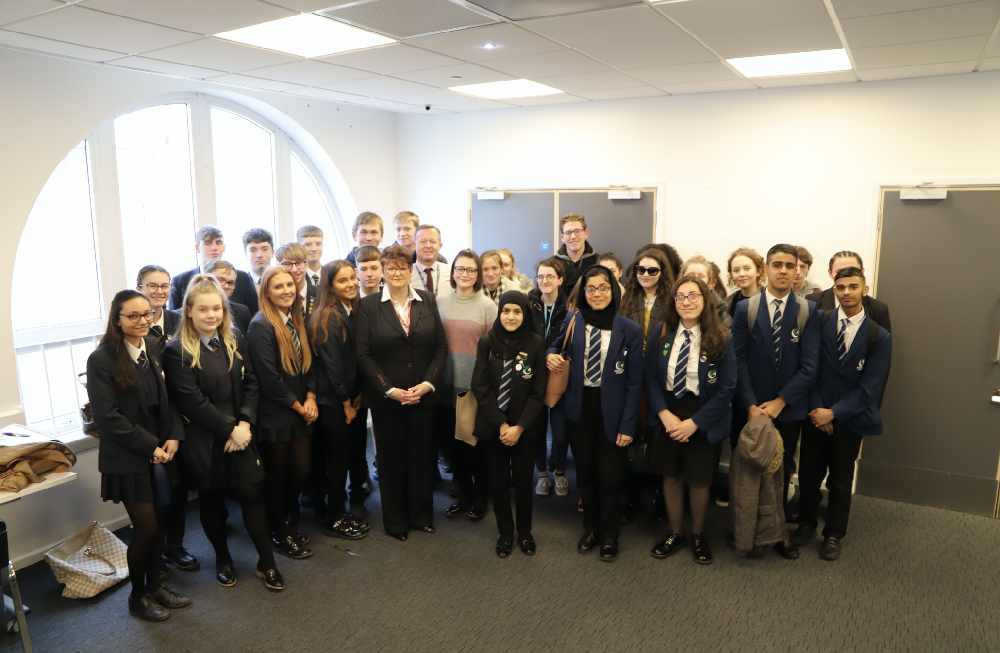 The daughter of a Holocaust survivor has shared her father's harrowing story with school pupils and college students from throughout the borough.

Lilian Black, who is the Chair of the Holocaust Survivors' Friendship Association, is the daughter of Holocaust survivor Eugene Black.

On Friday (February 7), she paid a visit to Oldham Sixth Form College, where its students were joined by pupils from Saddleworth School and Waterhead Academy to hear the story of Lilian's father.

Eugene was deported from his home in Hungary in 1944 and sent to Auschwitz-Birkenau. He lost most of his family to the Holocaust, but survived concentration camps and forced labour to make a new life in the UK in 1949.

Following his arrival in the UK, Eugene lived in Werneth, Oldham, with his wife Annie. He went on to work for Marks and Spencer in Manchester as a porter, a job arranged for him by a doctor based in Liverpool.

He was overwhelmed by the support he received from the local community, including being loaned £300 to buy his first home by a local corner shop owner.

Lilian shared that her claim to fame was that the last hangman in the UK, Albert Pierrepoint, would push her as a baby in her pram around Werneth Park.

Following the talk, students had the opportunity to ask questions. Lilian went on to talk about the interactive Huddersfield Holocaust Exhibition and Learning Centre that she helped to set up, as well as discussing the physical and emotional effects the Holocaust had on her father throughout his life.

Lilian believes that it is important that everyone continues to tackle stereotypes, racism and discrimination and that it is vital to understand how events like the Holocaust came about, to prevent horrific events like this from ever happening again. 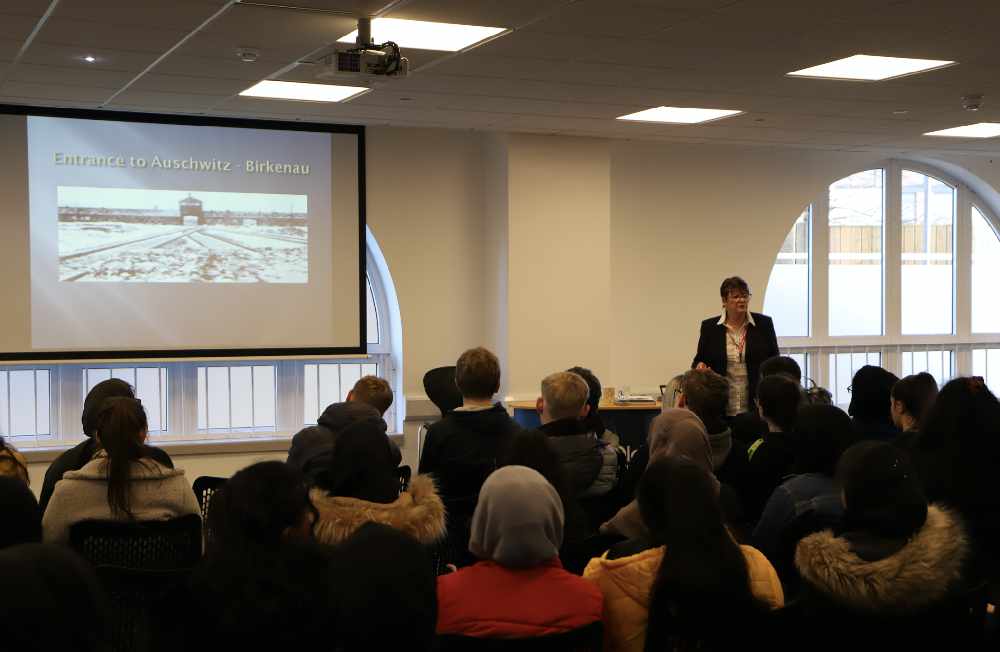 Lilian was delighted to have been asked to come and talk to the students.

She said: "It feels like I am coming home visiting Oldham. This town showed my father so much support and gave him a new start in life."

Peter Roberts, Acting Principal at OSFC, was extremely grateful to Lilian for visiting.

He commented: "It is important to us as a college that messages like these are delivered to the young people of Oldham. Second generation survivors like Lilian play an important role in ensuring the stories from the Holocaust are not forgotten."

Prior to the visit, 15 History students from Oldham Sixth Form College attended a service at Manchester Hall on Monday 27 January, to commemorate Holocaust Memorial Day.

It was a day for everyone to remember the millions of people murdered in the Holocaust and the genocides in Cambodia, Rwanda, Bosnia and Darfur. This year marks 75 years since the liberation of the concentration camps of Europe and the end of the Second World War.

Students were moved by the emotional service, which included a speech from Icek Alterman, one of the few remaining Holocaust survivors.

The service closed with a candle lighting - six candles to represent the six million people who died in the Holocaust.

Both the talk and the service, though undeniably harrowing, help to ensure that we do not forget these significant events and do all we can to prevent their reoccurrence. 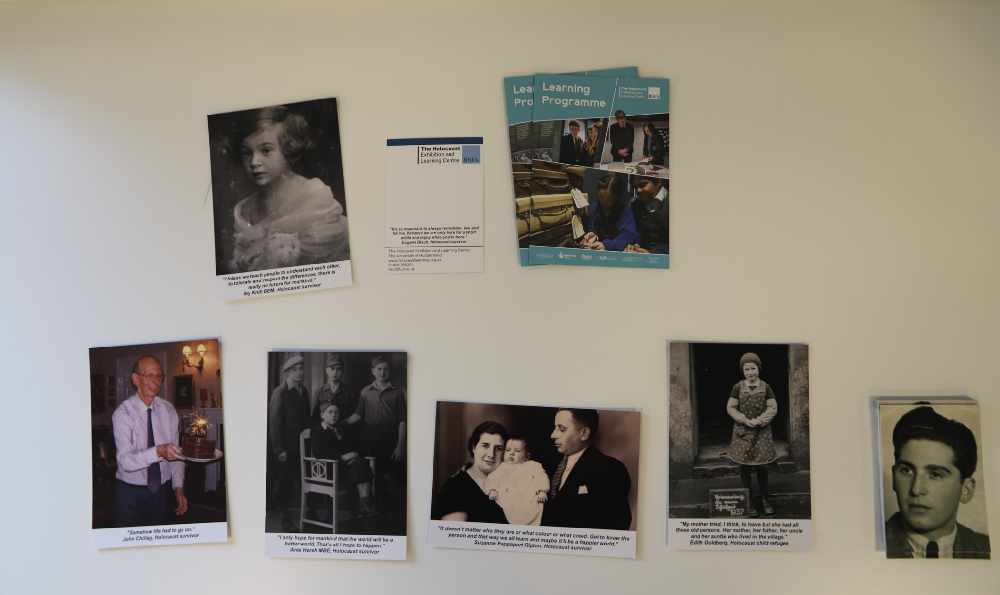