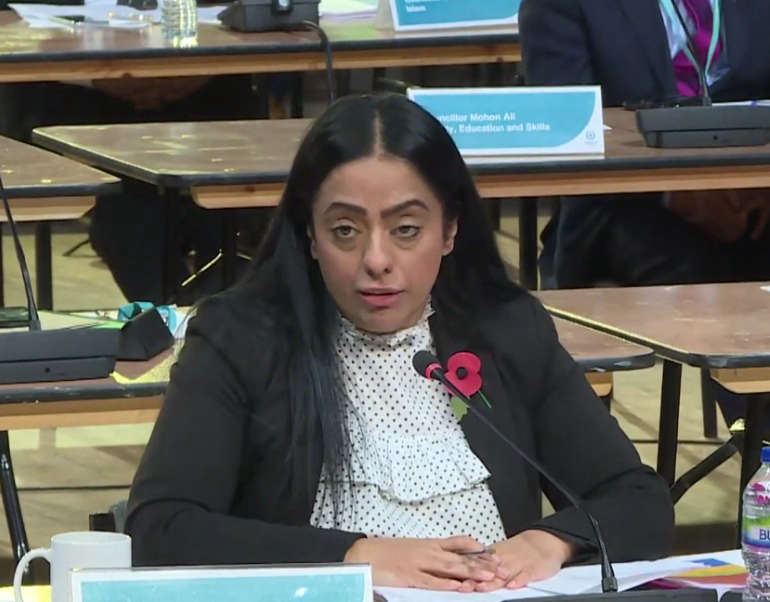 Women live with a 'constant drumbeat of fear' say councillors who have called on Greater Manchester Police to improve handling of assaults and abuse.

A motion to Oldham’s full council, tabled by council leader Arooj Shah, raised the ‘shocking prevalence’ of violence against women and girls.

It added this was fuelled by a ‘toxic culture of misogyny’.

The motion stated that where crimes were committed against women, a ‘robust’ response from the police to deliver justice was important.

But it raised the ‘appalling statistic’ that only 1.6 per cent of rape cases reported to police result in anyone being charged.

“The disbanding of GMP’s Serious Sexual Offences Unit in 2017 as part of a transformation in favour of omni-competence raised questions about the priorities of the force at the time,” the motion adds.

The motion, which was seconded by deputy Coun Amanda Chadderton, asked GMP Chief Constable Stephen Watson for information about the training officers are given to support victims of sexual violence ‘given the reports of women being treated poorly by non-specialist officers of GMP in the past’.

However it welcomed Chief Constable Watson’s improvement plan for the force which they said acknowledged there had been a lack of support for the most vulnerable.

Coun Shah told members: “It seems like every week there is news of another violent act perpetrated against women.

“As women we constantly have to think about how we get home in the evening, whether someone has put something in our drink or whether someone we live with is about to lose their temper.

“We just seem to accept that for half of our population, life has a constant drumbeat of fear.

“When it comes to violence against women and girls it often seems that the smallest change is just too much.

“We need our boys and young men to understand that it’s their job to make violent and domestic abuse unacceptable and it must become unthinkable.”

Coun Shah said that changes in the way criminal cases are handled by Greater Manchester Police ‘can’t come too soon’.

She said that investing in specialists within GMP would also improve the handling of domestic abuse cases.

Coun Chadderton said that as a teenager, her mother didn’t tell her to be prepared to ‘enter a world or men who have the propensity to harass, stalk, assault, rape or murder you’.

“But what she did say was, you shouldn’t walk down a dark path on your own,” she added.

“You think this is quite sensible, reasonable. But actually it’s not reasonable and it is abnormal because why should only 50pc of the population modify their behaviour in this way, and why should we have to do it?

“Since the death of Sarah Everard nearly 90 women in this country have been murdered where the prime suspect has been a man.

“Two of those women were from Oldham.”

These were 29-year-old Imogen Bohajczuk, who was stabbed to death by her partner on March 4, and Susan Booth, a 62-year-old popular healthcare assistant at the Royal Oldham Hospital.

She was killed on May 4 by her ex-husband using an axe, who lay in wait at her home for her to finish work.

Coun Chadderton added: “The dream has to be that one day the tide does turn, that misogyny is taken seriously, sexual and violent assault against women is treated as the life changing crime it is and at some point society says enough is enough.”

The motion was supported unanimously by all councillors.