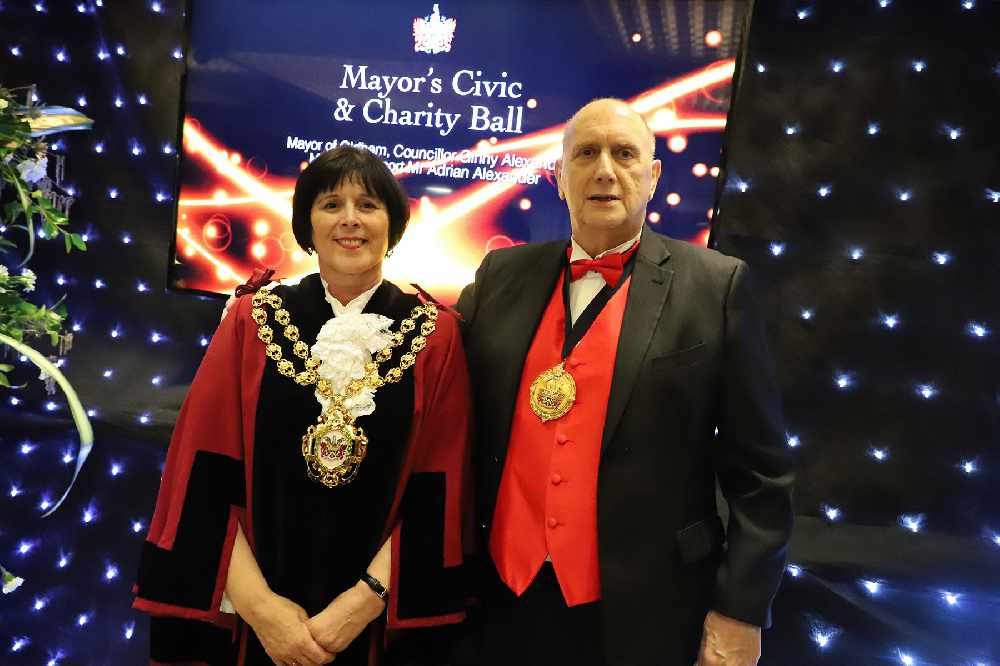 Councillor Ginny Alexander will remain as the Mayor of Oldham until May 2021, it has been confirmed.

Cllr Jenny Harrison will also remain as Deputy Mayor, before becoming Mayor herself next year.

The role of the Mayor is to be an ambassador for Oldham and represent the borough at a variety of events and functions.

As an ambassador, the Mayor is committed to raising the profile of Oldham, forging links with the private, voluntary and public sector, and also chairs council meetings.

It usually lasts for a year before a new councillor is appointed and her term was due to come to an end next week but, due to the coronavirus pandemic, Cllr Alexander will now continue in the role for another 12 months.

Confirming the news on her Facebook page, Cllr Alexander said: "I received confirmation this morning from Councillor Sean Fielding, Leader of Oldham Council and the Opposition Leaders that they wished me to continue as the Mayor of Oldham until May 2021.

"I, of course, accepted as this will mean I will be able to complete my charity work within Oldham and promote this great town of mine.

"As many of you know, I was due to finish my year as Mayor next Wednesday 20th May. However, COVID-19 meant that my year was cut short, like a lot of other things, so now I have the chance to carry on my role as Mayor of Oldham in the community."

She added: "I am very excited that I can continue to work with the many wonderful charities in Oldham. I am looking forward to meeting up with friends I made last year and meeting new people this year as I continue to support the amazing work all these volunteers do. I am also looking forward to the many school children visiting my chambers with their thoughtful questions.

"My donations will continue to my eight named charities from my Mayoral Appeal Fund and also to smaller charities and groups. Please continue to follow me on my Facebook page and share my page with your friends. As I write this today, I have reached 1,900 worldwide likes on my page and am absolutely overwhelmed by the support from everyone out there."

Councillor Sean Fielding, Leader of Oldham Council, said: “These are unprecedented times and the role, and the work of the mayor, like other services and departments, has been severely impacted.

“The Mayor plays an important role helping to raise the profile of the borough and Ginny and Jenny were doing a great job before the pandemic hit.

“By extending Ginny’s term for another year it will give her the chance to properly finish off her term and raise even more money for the charities she supports.”

Cllr Alexander staged a spectacular night at the Queen Elizabeth Hall in February for the Mayor's annual Civic and Charity Ball, raising over £21,000 for causes close to her heart.

Her consort is her husband, Adrian Alexander, the ex-Oldham Rugby League player and former Saddleworth West and Lees councillor.

At the Full Council meeting on June 17, members will be asked to note that Cllr Alexander continues to serve as the borough’s first citizen for another year.

Cllr Ginny Alexander and her husband and consort Adrian at the Mayor's Civic and Charity Ball back in February.