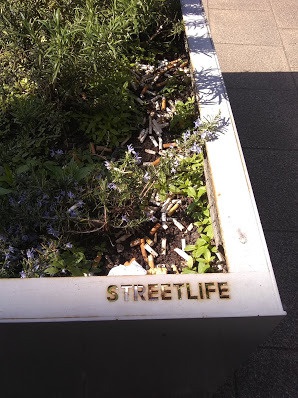 A litter campaigner claims she caught Oldham council workers throwing cigarette butts on the floor just weeks after residents were prosecuted for the same offence.

The town hall has come under fire after resident Lynda Naylor claimed she witnessed people discarding cigarette ends on Cheapside while wearing Oldham council staff badges.
The road runs next to the council’s Civic Centre, the bus station, and the Oldham Integrated Care Centre.
It comes after the authority agreed to go ‘smoke free’ in April and banned staff from smoking on all its sites, as well as around offices, parks and in its vehicles.
Councillor Ateeque Ur-Rehman, cabinet member for neighbourhood services, said they take their responsibility to tackle smoking and littering ‘extremely seriously’.
He added that staff found to have committed a ‘littering offence’ would be dealt with in the same way as any member of the public.
Ms Naylor, who lives in Greenacres, had contacted deputy chief executive Helen Lockwood over the issue – and sent photographs of dozens of cigarette ends dropped near to the Civic Centre.
She says she felt incensed after seeing the town hall publicise a prosecution it had brought against a 21-year-old Oldham resident for having dropped a cigarette on Wallace Street, fining him £734.
“I witnessed staff from Oldham Civic Centre smoking and throwing the cigarette ends,” she claimed.
“This is due to an on-site smoking ban, they have two smoke sheds and bins, which the staff have been banned from using.
“The bright sparks management in the council implement things and make no provision for the staff. How disgusting.
“Yet the enforcement team go out and fine a member of the public £700, their staff wearing OMBC badges need to set an example to the public.”
She added she was ‘disappointed’ that there had been no confirmed follow up into the littering cases she had highlighted.
“I’m sorry to hear that there will be no investigation into this incident, I thought rules applied to everyone,” Ms Naylor said.
“A little thought and consideration cost nothing.” 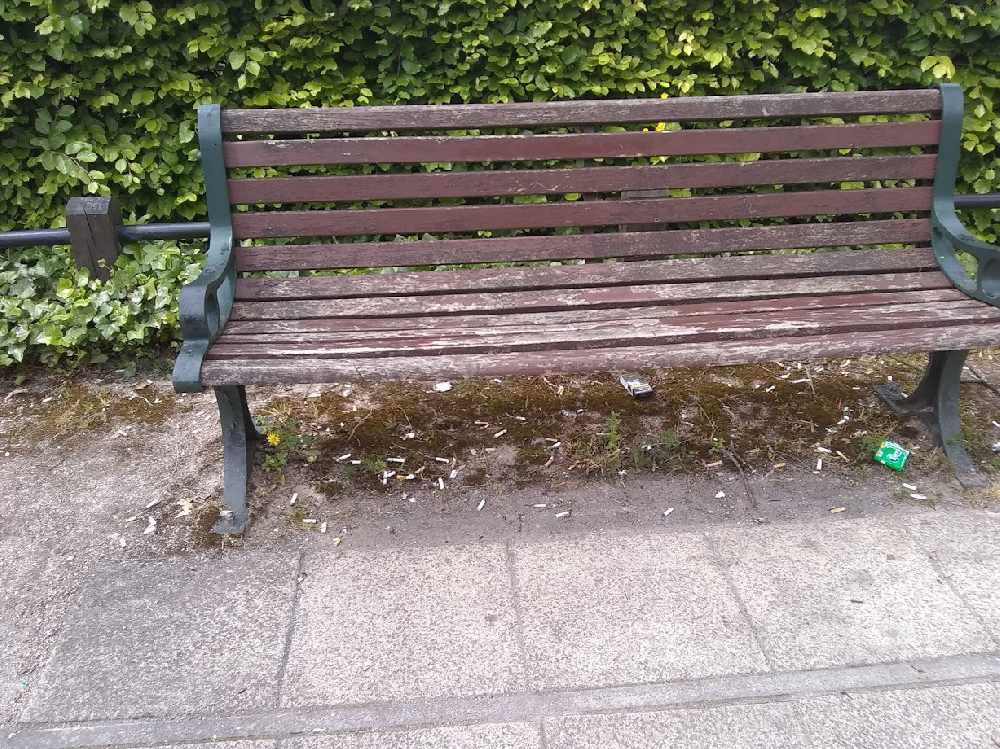 On May 22 another resident from Derker was ordered by the courts to pay £470 in fines after dropping a cigarette end from his vehicle and failing to pay the fixed penalty notice issued by the council.
In a statement, Coun Ur-Rehman told the Local Democracy Reporting Service: “We take our responsibility to tackle smoking and littering extremely seriously – and we completely agree that our staff should follow and be subject to the same rules as the public.
“We introduced a no smoking policy on council premises in April and it is there to safeguard staff, residents and other visitors from the harms caused by smoking at all our work sites, including areas around offices, parks and in our vehicles.
“If any staff member is found to have committed a littering offence they will be subject to the same process as any member of the public would.
“A bin has also been placed at the New Radcliffe Street site in order to discourage littering.”