Council prepared to use CPOs to deliver town centre masterplan. 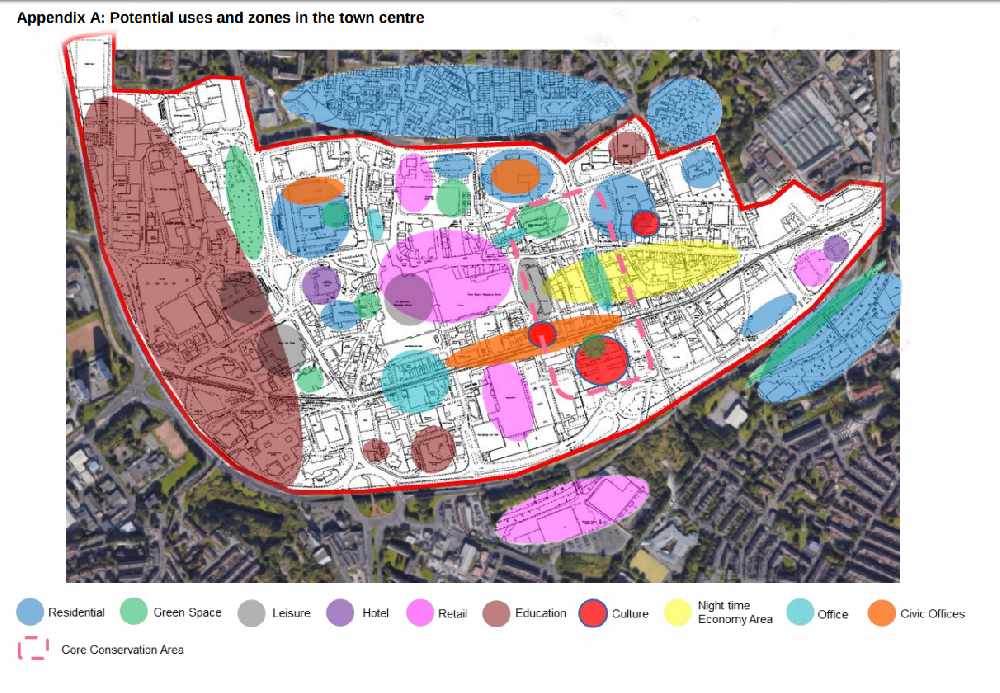 Oldham council is preparing to use compulsory purchase powers to make sure it can deliver its vision to regenerate the town centre, documents have revealed.

Work to finalise a revised blueprint for the town is ongoing, but a range of potential uses for sites have already been mapped out to show how its future could look.
There is the potential for around 2,000 new homes to be built and a ‘night time economy area’ created around Yorkshire Street.
Cabinet bosses are expected to approve the use of compulsory purchase orders on land the town hall doesn’t currently own to make sure the masterplan can go ahead.
While the majority of the land which is likely to be developed is already owned by the authority or its partners in the public sector, there are a number of smaller sites in private ownership.
The report due to be discussed by councillors states that if negotiations are either ‘protracted or if the outcome is unsatisfactory’, they need to consider obtaining the land without the owners’ consent.
This would ensure that ‘these lands can be brought forward for development in comprehensive manner’, officers say.
In his report, Roger Frith, head of strategic regeneration and development, says that use of the powers could also extend beyond the masterplan.
It may apply to other areas within the wider town centre where there are plans to improve connectivity and public space, ‘if it becomes clear that some key property owners are unwilling to negotiate’.
“It is proposed therefore that the council signals its intentions and commitment to ensuring that the comprehensive regeneration of the town centre is neither stymied nor delayed by protracted negotiations by approving the resolution above to support in principle the use of compulsory purchase powers,” he concludes.
It would be subject to further approvals for the regeneration of the town centre, and done in consultation with affected owners and occupiers.
It’s not yet known how much the new vision for the town is due to cost, but officers say resources are available from the council’s coffers – specifically from its dividend payments from Manchester Airport.
Documents show that key landmarks on Oldham’s streets could be done away with and redeveloped for new uses.
The new draft ‘zones’ would see the Mecca Bingo site turned over to leisure use, while the police station off Barn Street is listed for residential development.
The area currently occupied by the Queen Elizabeth Hall and the Civic Centre is designated as being mostly residential, but also as civic offices and green space.
And the former magistrates’ court is listed for hotel use, which was part of the existing council masterplan unveiled by former leader Jean Stretton on which building work was supposed to begin ten months ago.
However since current council leader Sean Fielding assumed office in May 2018, the masterplan has been under review and there are expected to be a number of changes when the proposals are finalised.
Areas of Oldham being considered for new uses:

The decision on compulsory purchase orders will be made by cabinet members on Monday, June 24.