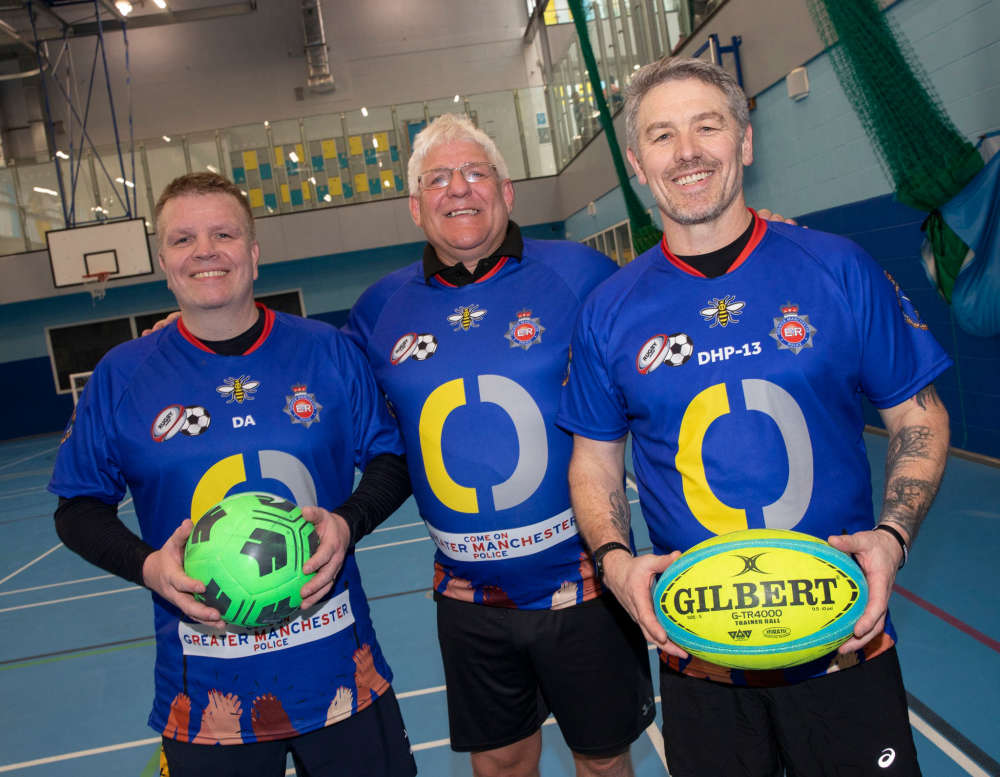 Police officers and international rugby league players were among those who 'tackled' a 13-hour football/rugby challenge to raise money for Mahdlo Youth Zone in Oldham.

Thirteen teams took part, playing a total of 13 games, each an hour long. The first half of the game was football and then the teams switched to playing touch rugby for the second half.

As well as the challenge itself, there were also various fundraising activities throughout the day including a raffle. As it currently stands, around £4,000 has been raised from the event which will go to Mahdlo Youth Zone to help them to continue to deliver life-skills and offer chances to underprivileged young people throughout the borough.

Danny and Damieon, who are no strangers to fundraising, have now raised almost £20,000 for Mahdlo Youth Zone from similar challenges over the last five years. As a result, they were made honorary patrons of Mahdlo Youth Zone in 2020.

In December, Damieon - who is a Sergeant on GMP’s Heywood beat - was recognised for his outstanding charity work in the Queen’s New Year’s Honours List after raising over £50,000 for local charities over past 10 years through various fundraising events –  from 24 hour 5-a-side football marathons, to an Everest Base Camp climb; many of which he completed alongside his close friend and colleague, Chief Inspector Atherton.

When speaking with Damieon about his and Danny’s latest fundraising efforts, he said: “The event was challenging, but it was great fun! Myself and Danny never shy away from a challenge, especially when it involves helping local charities who do incredible work within our communities and need our help to continue to do so.”

Chief Inspector Atherton, said: “This was another really tough event, but we pushed through the pain barrier and managed to play 13 hours of sport for a fantastic cause. Myself and Damieon love Mahdlo, and we have seen first-hand how the money raised helps the young people of Oldham, so it's worth the pain, if it helps their futures.

“This is our fourth event of this type and it doesn't get any easier, but the money we've managed to raise over the years makes it all worthwhile. We'd like to thank everyone who supported us, especially the players who played for our team throughout this marathon event. There were many sore bodies on Sunday morning, but the 'never again' will wear off and we'll be back for more soon!"