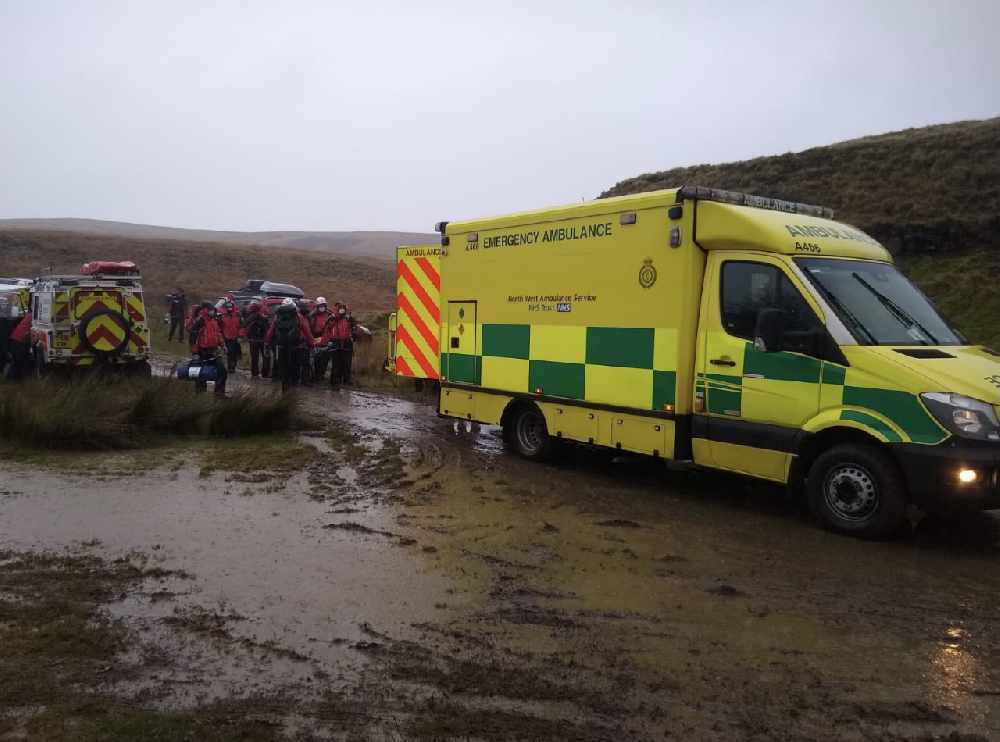 The 21-year-old fell and injured her ankle when she was walking with three companions, near Green Withens Reservior in Calderdale on Saturday (24 October).

Oldham Mountain Rescue Team received a request for assistance with the location and evacuation from NWAS just as heavy rain began to fall.

Team leader Rob Tortoishell said: “Although her exact location was unknown, we knew she was in the general area of Blackstone Edge.

“This area is right on the boundary of our operational patch with Calder Valley Search and Rescue Team and we contacted them to make them aware of the incident.

“However, they had already received an alert to the same job from Yorkshire Ambulance Service and were also responding.

“Fortunately we were able to use PhoneFind technology to generate an accurate location for the casualty party and then drive to within a couple of hundred metres of them near Green Withens Reservoir.

“Casualty Carers from both teams worked together to medically assess and treat the casualty, while her three  walking companions were escorted off the hill to get warmed up in team vehicles. Calder Valley gave them a lift back to their cars.

“The casualty was then packaged onto our team stretcher with wheel to take the weight and carried off to the waiting NWAS ambulance.”

The operation lasted just over two hours and 30 minutes.

Twenty OMRT members were involved and 24 from Calder Valley search and rescue team.