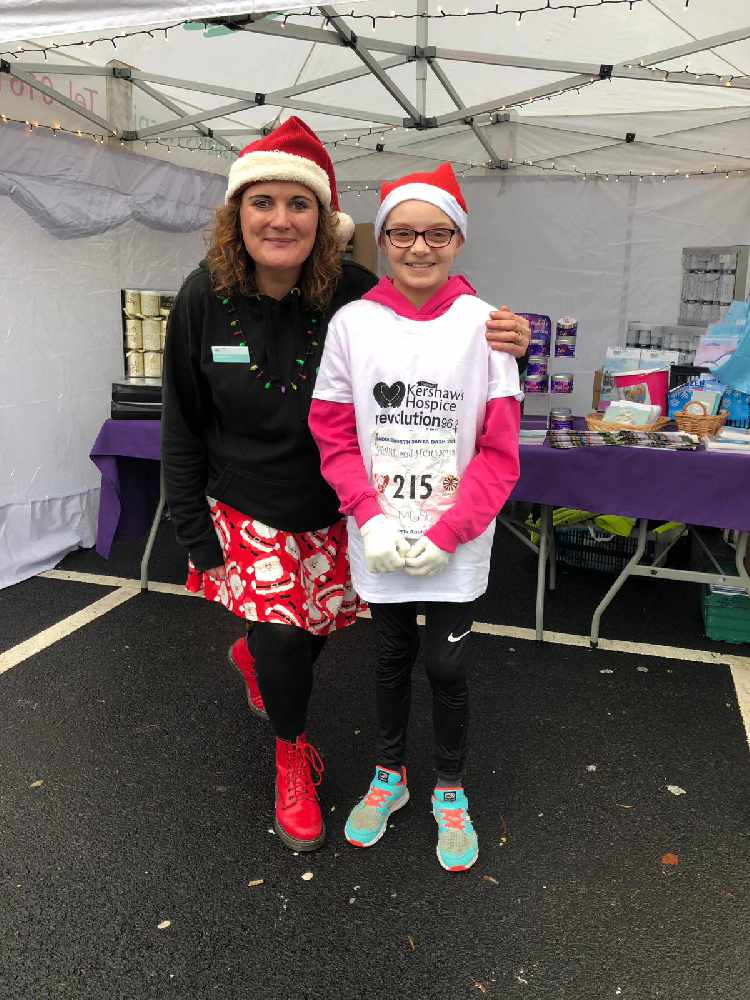 There are 50 Saddleworth Santa Dash places up for grabs for Dr Kershaw’s Supporters.

For the second year running, Christmas has come early to Dr Kershaw’s Hospice by way of the team at Saddleworth Round Table.

By gifting 50 places to Dr Kershaw’s, the gents of the Round Table are giving Hospice supporters the opportunity to raise money for the care of patients at the Royton hospice.

Last year’s Santa Dash saw 1500 Santas strolling or sprinting through the streets of Saddleworth, 50 of which raised a fantastic £4,000 for Dr Kershaw’s.

The Saddleworth Santa Dash is a great opportunity for the community to enjoy a great day out and raise money for their a good cause like Dr Kershaw’s Hospice.

Of the Round Tables donation, Dr Kershaw’s Community Fundraiser, Lillie Winterbottom said “Everyone had a brilliant time at last year’s Santa Dash, it was a festive family get together that raised smiles and lots of funds for the Hospice.

"There was a brilliant atmosphere, music and Christmas stalls as well as plenty of food and drink.

"The icing on the Christmas cake was seeing the Santa Parade, light switch-on and festive fireworks”

Dr Kershaw’s Santas included people from all over the borough as well as doctors and nurses from the Hospice, some Santas even travelled up from Wales.

The day proved even more special for junior hospice supporter Amy, who not only took first place in her age group but the super talented athlete sprinted through the minimum sponsorship requirement of £40, to raise a santa-stic £208.

The Santa Dash is on Saturday, December 7.

It starts at 2.30pm in Uppermill and is followed by The Big Lights Switch-On and Santa Parade.