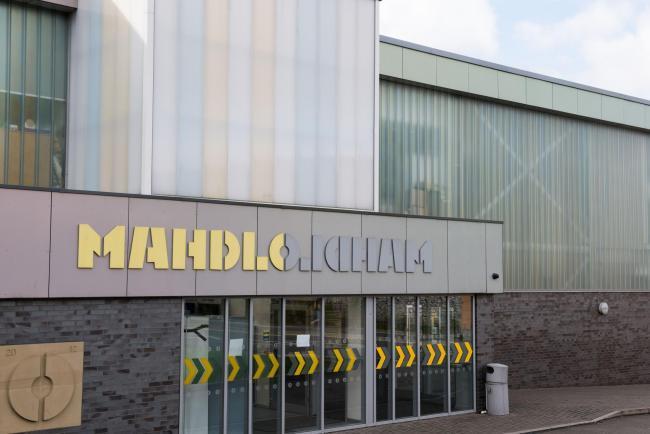 The founder of a charitable trust which helped to establish Mahdlo Youth Zone says he's "appalled" by Oldham Council's decision to slash the organisation's budget.

Sir Norman Stoller is the founder of the Stoller Charitable Trust - one of the founding sponsors of Mahdlo.

Mahdlo is a registered charity and state-of-the-art Youth Zone in the heart of Oldham, based on Egerton Street, for 8-19 year olds (up to 25 for young people with a disability).

A council budget meeting last month confirmed that the current contribution of £400,000 to Mahdlo would be cut to £200,000 over two years, with £100,000 withdrawn immediately.

Sir Norman has issued a strongly-worded statement in which he described the council's decision as "reprehensible" and "short-sighted".

The former owner of Seton Healthcare said: "The tragedy of loss of life, commercial damage and personal hardship caused by COVID-19 will continue to be felt long after the restrictions necessitated by the pandemic have been lifted. High on the list of casualties will be the damage to our young people, whose education, career prospects and well-being have been severely challenged. Minimising these negative effects must surely be given the highest priority.

"Mahdlo Youth Zone has a right to be proud of the very high standard that it achieves in all of the elements of youth services it provides throughout the Borough. Its effectiveness can be judged in many ways and especially by the reduction of anti-social behaviour orders that are issued. The Council has announced that due to its own pressures, it has sliced its support to Mahdlo by £200K, by way of a £100K reduction for each of the next two years.

"We find this decision to be not only completely reprehensible in view of the resultant damage that any reduction of support would cause, but also totally short-sighted as well."

Sir Norman said Mahdlo is a "vital platform for Oldham's population sectors" that are "helping to break down barriers, reach isolated young people and foster cohesion within our town".

He added: "Working within the core of Oldham’s communities, Mahdlo provides essential support to help the next generation grow and reach its potential.

"Mahdlo also gives the Borough’s young people the chance to participate in positive, exciting and constructive activities. Having this opportunity has inspired and motivated many to transform their lives, and they deserve the best start in life that Mahdlo can give them.

"For the past 10 years, since Mahdlo first opened its doors, Oldham’s Council, Industry, Societies and people have recognised and supported Mahdlo. As one of the founding sponsors, The Stoller Charitable Trust has been proud to play a leading part in ensuring that Mahdlo could afford to carry out its essential work, but we are appalled by the threat to further progress that now exists by way of the Council’s decision."

At the full council meeting, councillors agreed to make savings of £8.9 million in the next financial year.

Council leader Sean Fielding said "significant cuts compared to the year before" were required because "we were told by the government we would be reimbursed for the cost of responding to Covid but we haven’t been".

He added: "It still means we’re having to make some really tough decisions about how we cut our cloth further in the year ahead. We’re way past the point of being able to remove things that people won’t miss."