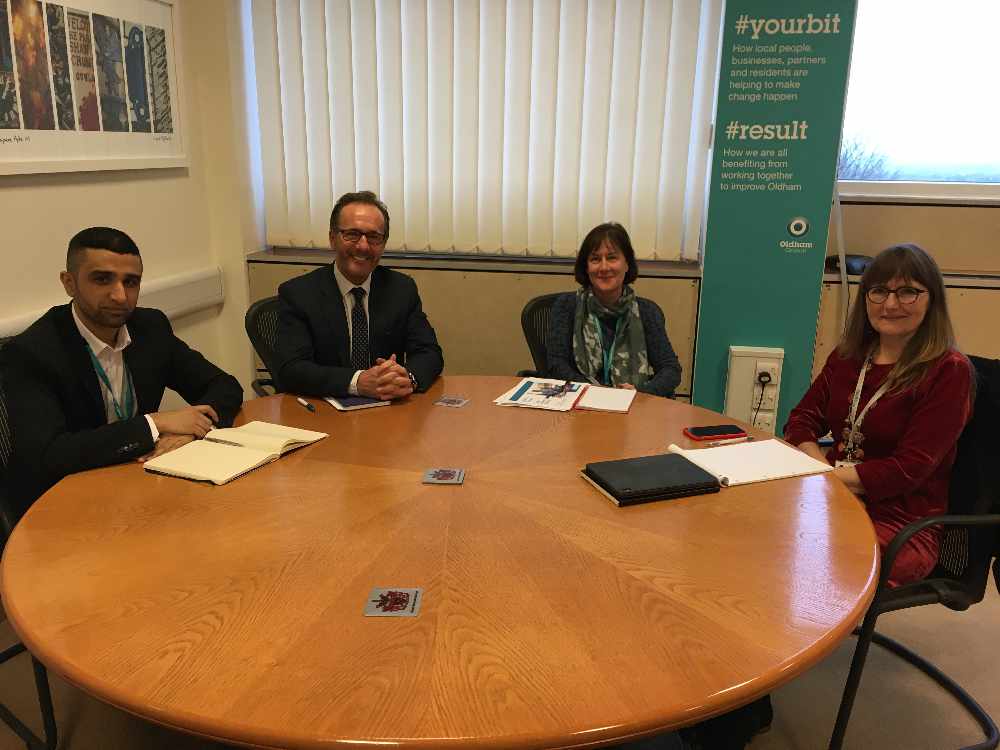 Ofsted says there is now a ‘buzz’ about Oldham’s services for youngsters with special needs and disabilities, in a remarkable turnaround two years after a damning report.

During a visit in 2017, inspectors were scathing about the quality of the service being offered to the borough’s young people, branding it ‘fundamentally flawed’.

That report heavily criticised the town hall leadership, the ‘unacceptable quality’ of education, health and care (EHC) plans, and the poor academic progress of children.

But the latest inspection of the local partnership, which was carried out in September, has painted a very different picture of the service, which serves around 8,500 young people.

In the joint Ofsted and Care Quality Commission inspection, the inspectors said it is ‘starting to make some of the positive differences needed’ for youngsters with SEND.

The watchdogs said that the area has made sufficient progress in addressing three of the five ‘significant weaknesses’ identified at the last inspection.

These included tackling leadership and the joint partnership with health and social care, concerns over possible ‘illegal’ practice, and transport arrangements for young people.

However the council and health chiefs must still improve the quality of EHC plans, further improve the educational attainment of youngsters with SEND and tackle the number of exclusions.

Chiefs told the Local Democracy Reporting Service there had been a ‘complete overhaul’ of staff following the 2017 inspection.

But she added: “Leaders have worked hard to earn the confidence, trust and respect of their colleagues across the local partnership.

“Following a period of considerable turbulence as new leaders and staff came into post, everyone has ‘rolled their sleeves up’ and set about putting in place the policies and processes needed to sort things out.

“The local partnership took swift and decisive action to put in place transport arrangements which put the needs of the children and young people first.”

Director of education, skills and early years, Andrew Sutherland said there had been ‘almost a full turnover’ of staff, but said they had received ‘incredibly upbeat’ feedback from the latest inspection.

“They recognised that morale had significantly changed, they talked about a ‘buzz’ around the local partnership,” he said.

“One inspector said ‘what is the golden dust that Oldham is sprinkling over the young people in this community, because that is making a significant difference’.

“We know there is more work to do but for us it was a very good news story.”

On EHC plans, Ms Jackson Maitland said that the local partnership ‘had to start from scratch’.

“Intensive training and support have increased the knowledge and skills of the new team of EHC officers,” she wrote.

The report stated that there is a plan in place to review all plans issued before new quality standards were introduced in September 2018.

But so far only one in ten of the plans have been amended or rewritten.

“This means that many children and young people continue to have poor-quality plans,” she added.

Deputy chief executive, Helen Lockwood said: “The inspection in 2017 gave us the opportunity to look at the whole system and we went right back to basics and looked at the skills, the competences, what it needed to be to be a great advocate of children’s services in Oldham.

“The challenge now and which we are absolutely working through, is making sure with all of those plans which were already in the system that we’re reviewing those and bringing them up to the same standard.”

Councillor Shaid Mushtaq, who is cabinet member for education and skills, added: “The staff are all invested in this.

“It’s not just something that’s been driven by Ofsted or CQC kicking us up the backside, you can actually feel that buzz, you can feel the difference, the energy and the vibrancy among those staff.”

Previously inspectors said that youngsters with SEND had ‘underachieved considerably’ and had high rates of fixed-term exclusions and persistent absence.

But the new report stated that investment in ‘positive working relationships’ between leaders and headteachers had been a ‘springboard’ for raising achievement.

However improving pupils’ outcomes at key stage four ‘continues to be a challenge’.

And Ms Jackson Maitland wrote: “Despite a reduction in the number of fixed-term exclusions following the inspection, there has been a significant increase month on-month since February 2019.”

In response Mr Sutherland said: “There still is a disproportionately higher number of kids with SEN support needs excluded than non-SEN.

“We’ve put a lot of work into that space to make those improvements.”