A group of metal detectors from Oldham are celebrating after finding a 2,500 year old Bronze Age axe head at a farm in Grotton.

It was found by group member Dawn Chipchase, who goes under the name “Digger Dawn” on YouTube where she has 13.2k subscribers and over 1,500,000 views.

The group, which boasts almost five hundred members despite having existed for only around six months, are extremely excited by the find and what it could mean for local history.

While the axe head isn’t of huge monetary value, the group say that the historic value of such a find cannot be measured.

The axe head will now be offered to a museum or other suitable venue to be displayed and for them to research into the history of the item.

Around 40 of the members were out on the farm digging on consecutive weekends in all sorts of weather, looking for the latest buried treasure. Founder of the group Paula Pearson says that it’s an exciting discovery for the group. “We don’t know the full history of the farm. What was interesting was the old Roman road that goes through the farm and across the road.

“On the dig a full gold sovereign coin came up. It just shows you can go on a farm and find all sorts, even from Edward the first’s time!”

Many of the landowners are happy to have the group dig on their farm, with the members cleaning as they go removing buried metal and rubbish. “We’ve had World War One medals, there’s just all sorts buried and whatever we find we usually try to find the history behind the items” says Paula.

Despite only starting the hobby recently, Paula says it's taken over her life, with her husband even getting in on the act. “It gets you outside” says Paula. “You’d be surprised about how many steps you do on a dig, there’s the social side of it.

“Once they start no one puts it down and say they don’t want to do it anymore. They’re that committed we dig all year. Some people will be out in the pouring rain digging in the snow and the ice”

The group are always looking for new members and if you’d like to experience metal detecting for yourself get in touch with the Underground Metal Detecting Group on Facebook. 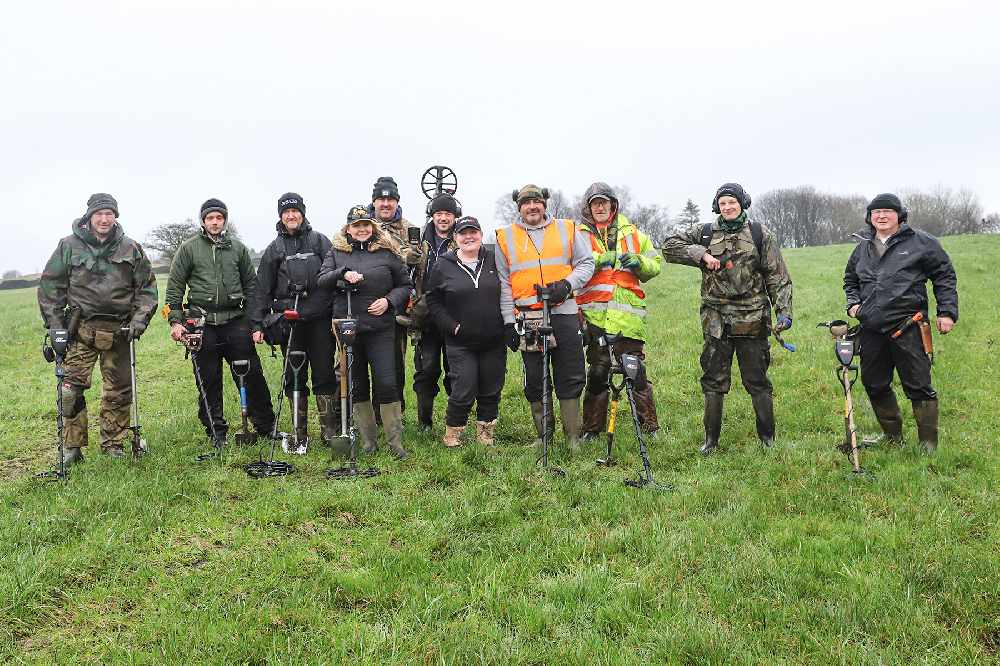