Blaze that destroyed new Saddleworth gym being treated as arson 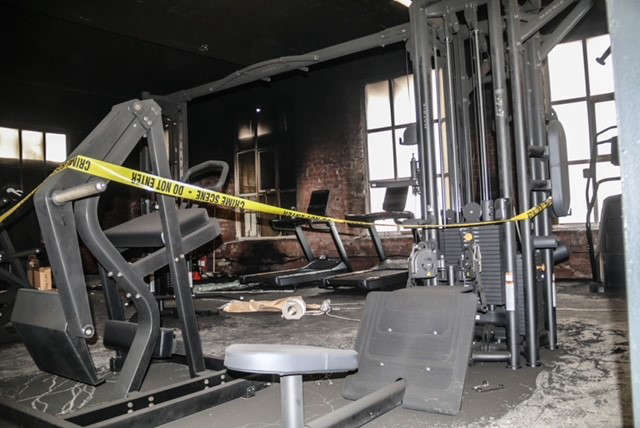 Equipment inside the gym wrecked by the fire.

Police are treating a devastating fire, which ripped through a brand new fitness gym just five days before it was scheduled to open, as arson.

The blaze at The Unit Fitness Saddleworth in Delph in the early hours of Thursday (13 January) caused more than £350,000 of damage.

Brand new state-of-the-art computerised equipment was destroyed and a team of seven fitness trainers and eight back-up staff have been thrown out of work.

But resolute gym owner Ben Bamforth has been on site at Gatehead Mill with a team of workers clearing and sifting through the blackened and charred remains in the wake of the blaze.

He said: "Nothing will put me off getting back on my feet and reopening as soon as everything is back in place." 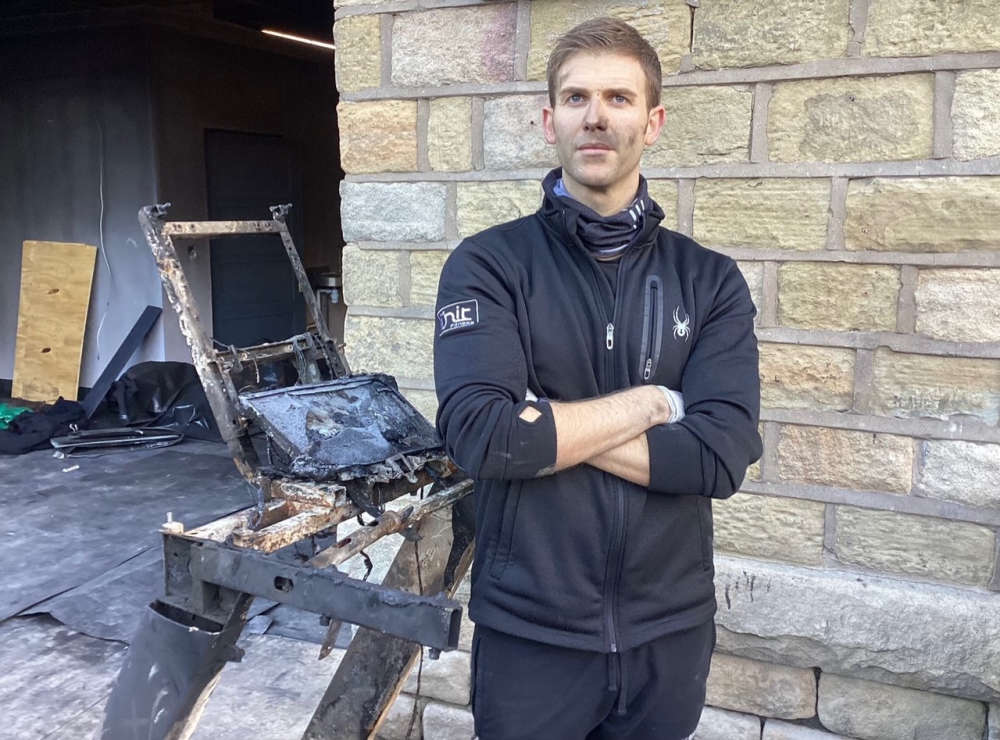 Ben Bamforth outside the gym

Ben, 31, a fully qualified personal trainer and nutritional expert, began personal training in Saddleworth at the age of 18 until he was 25. He opened his first gym in Honley six years ago.

He said: “It was always my dream to open a gym in Saddleworth to give everybody a fantastic facility to train at, as well as teach new personal trainers and help them as best I could.

“After years of saving, I took the plunge in August last year and decided to open my second gym.

“And since then I have been grafting every day to create my dream gym. But on Thursday the arsonists took it all away. Now I have seven personal trainers out of work and more members of staff who will now not be paid until we are reopen.”

More than 200 people have signed up as members of the new facility and, in a burst of support, many took to social media to back Ben's venture.

“The support from people has been really uplifting,” Ben declared.

"I’ve received more than 500 messages - in some cases people offering to come in and help clear up. I’m very touched by their kindness.”

CCTV footage of the scene, taken at the time of the incident, is being examined by a police investigation team. 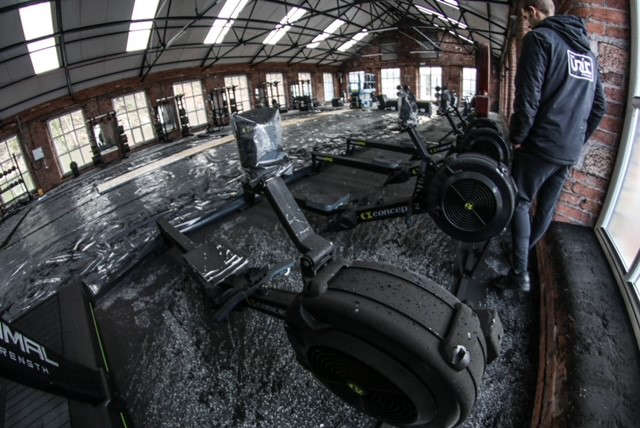 Some of the damage done to the interior of the gym

A GMP spokesperson said: "At 5.27am on 13 January 2022, emergency services were called to a report of a fire at Gatehead Mill, Delph New Road.

"No one was injured in the incident but the premises was badly damaged. An investigation has been launched to establish the circumstances around the fire and it is currently being treated as arson. No arrests have been made."

A spokesman for Greater Manchester Fire and Rescue Service said: "Three fire engines from Oldham, Chadderton and Mossley were called to reports of a fire involving a commercial property on Delph New Road, Delph.

“On arrival, firefighters used two breathing apparatus, one hose reel, and two positive pressure ventilation fans to extinguish a fire on the ground floor of a three storey commercial property. Crews were in attendance for approximately two hours."