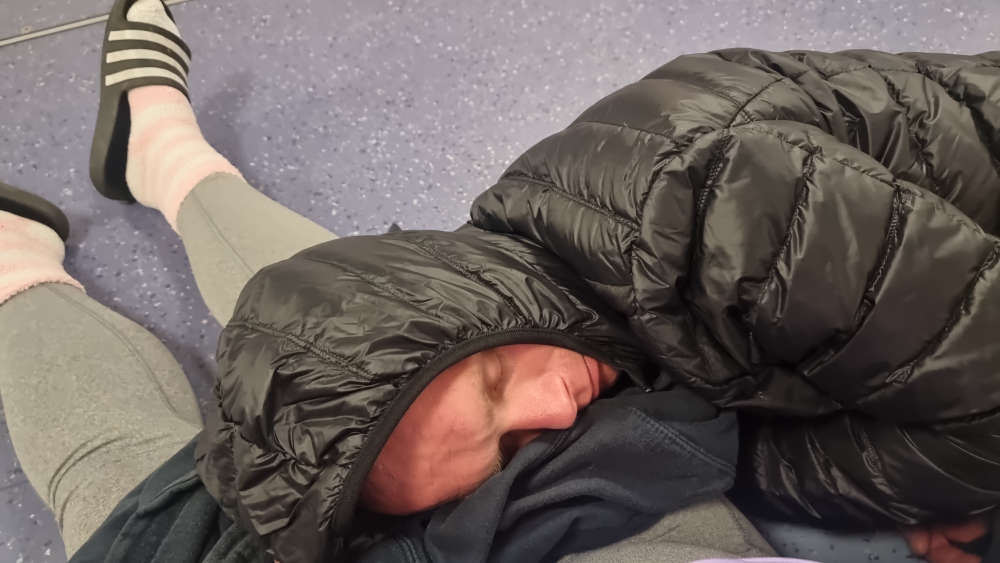 Dave Moth sleeping on the floor at the Royal Oldham Hospital A&E.

An asthma sufferer endured an 'horrendous' 10-hour wait in A&E after falling ill and having breathing difficulties.

Dave Moth, 30, from Middleton spent a night on a ‘rock hard’ floor at The Royal Oldham Hospital, with staff offering no indication of when he would be seen or where he could get a drink of water or find a vending machine.

His ordeal was shared by partner Becka Jackson, who had called the NHS 111 helpline after he became feverish one evening at the couple’s home in Boarshaw.

“If anyone said ‘I’m going to A&E in Oldham, I would say ‘don’t bother’ – one guy had been sat in a bed in a corridor for 20 hours,” she told the Local Democracy Reporting Service.

The 30-year-old called 111 at around 9pm on Tuesday 7 June and, after answering a series of ‘vague’ questions, was told an out-of-hours doctor would call her back within six hours.

To her relief, she received a call just 40 minutes later – but was left frustrated when the doctor began asking the same questions she had previously answered and found his insistence on speaking to Dave ‘really rude’.

I said ‘If you listen you can hear him being sick at the side of me’, Becka said.

The couple were advised to go to A&E at Royal Oldham Hospital. But despite her annoyance with the response they had received so far, the pair’s tribulations were only just beginning. 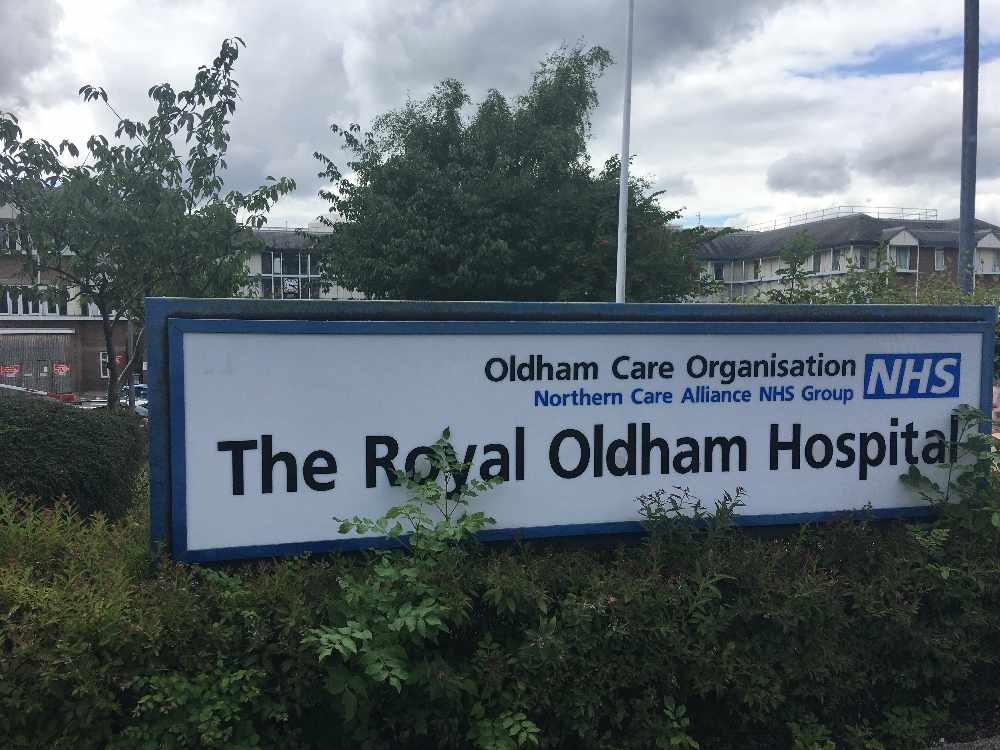 Arriving at A&E just before 11pm, they reported to reception and were asked the same questions as the 111 service and out-of-hours doctor.

“I said, ‘I’ve asked these same questions twice, he can’t breathe, I don’t know what more you want to know’,” said Rebecca.

She recalls how Dave, an HGV mechanic, was given a card to take into a corridor where some initial medical checks are done.

However, she says there was ‘no communication whatsoever’ for patients, who were given little reassurance or information.

“People are sat around, nobody knows where they are going because it’s not signposted very well,” she added.

“Once the checks are done you go and sit in a waiting room. One woman, quite an elderly lady, had been there six hours. She was in her pyjamas and in a lot of pain.

“As we got there, there were 10 ambulances outside A&E – I went back to my car and there was a queue of beds all the way down the corridor.”

Becka acknowledges it is not the fault of doctors, nurses or receptionists – instead pointing the finger at ‘power mad people who look at spreadsheets and not the real world’.

But she feels the situation she and Dave were faced with at A&E was unacceptable and needs to be urgently addressed.

“People left without a drink of water for hours,” she said: “There was one vending machine that was out of order. There were no staff saying ‘go through this corridor to this vending machine’. There was no communication whatsoever.”

A water spillage was also left on the floor for five hours, Becka adds.

“It felt like no one knew what was going on. I know it was busy, but if they had said it’s a 10-hour wait then we can decide if you can ride it out or should go home and go to the doctor first thing in the morning.”

Following an arduous night, Becka –  who describes the whole experience as ‘horrendous’ – was further angered when someone arrived in the morning and was seen after just one hour. 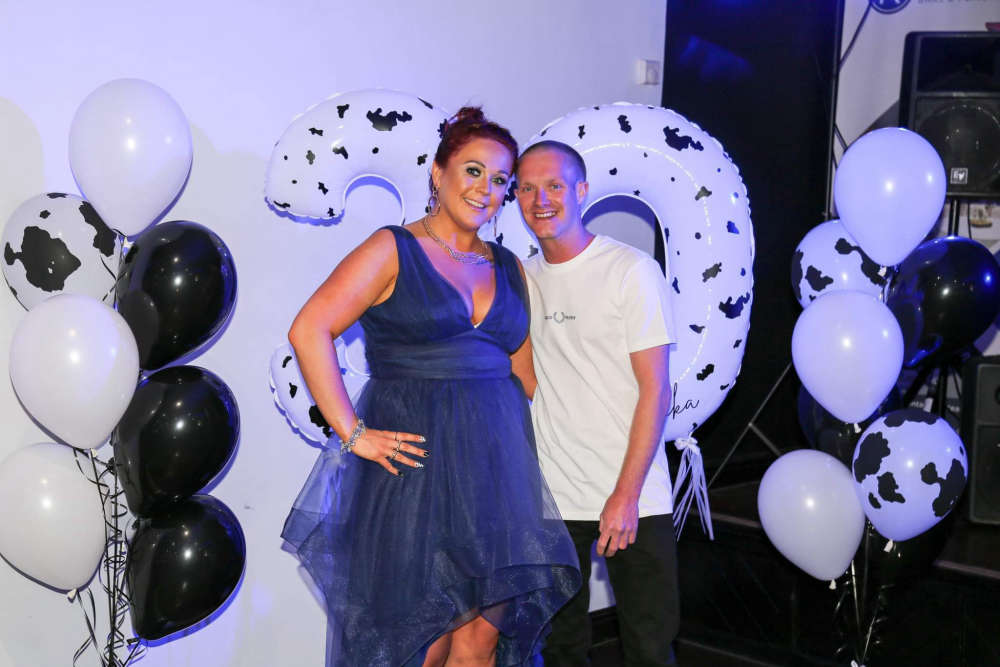 After complaining she was told that a doctor was looking at Dave’s notes.

Again she found the communication and reassurance lacking – describing how doctors were sometimes stepping over patients on the floor and ‘were huffing and puffing’ when people took time to gather themselves when they were eventually seen.

A further frustration was seeing people leaving having been told to take over-the-counter remedies such as paracetamol, Ibuprofen and Gaviscon – and in one case told to rest.

To Becka this suggests ‘either 111 needs a massive update on questions they ask and where to send people, or doctors need to open face-to-face appointments up’.

“You can’t expect people to be in A&E and no one talking to you.

“There’s just nothing, you just sit there in silence, the doctor stepping over you while you are asleep on the floor. It’s not the staff’s fault, they are under a lot of pressure, but something needs to change, because it’s really not going in the right direction.

“I don’t know what the solution is, but there’s got to be something.”

Dave was finally seen by a doctor at 8.30am – nearly 10 hours after arriving at A&E. He was diagnosed with a throat infection which had triggered an asthma attack. He said he would also need anti-sickness tablets, but was told he could get these over-the-counter.

However, this was not the case and this resulted in yet another delay, with Mr Dave’s GP having to write a prescription for collection from his local pharmacy.

He said: “Like many A&Es across the country, we have seen a steep rise in the number of patients accessing our services, which is putting additional pressure on staff and causing some unavoidable waits.

“The safety of our patients is our first priority and patients are seen in order of clinical need.”

Mr Jago continued: “We apologise for anyone who has waited for treatment or had a poor experience during one of our busier periods and would encourage people to get in touch with our PALs team to discuss any aspect of the care they received they are not happy with.

“We’d urge everyone to help us by accessing the right services at the right time. A&E is for urgent and life threatening emergencies. We would encourage you to phone NHS 111 for advice on treatment if you’re not sure where to go.”