Another man arrested after illegal rave at Daisy Nook 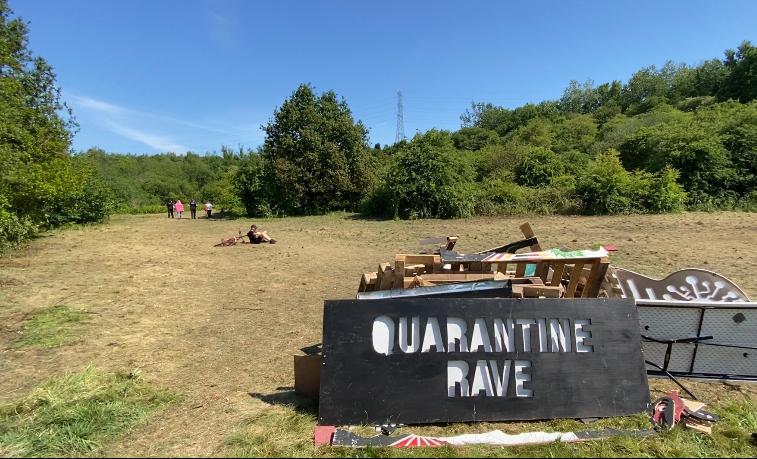 A 24-year-old man has been arrested in connection with an illegal rave at Daisy Nook Country Park last month, following raids of two properties in Tameside.

Around 4,000 people descended on the park in Failsworth on the night of Saturday 13 June, prompting a huge police response and a massive clean-up operation the following day. The illegal rave was roundly condemned by emergency services, politicians, local authorities and members of the public. Some celebrities were even in attendance - with Greater Manchester Mayor Andy Burnham calling on them to use their status to educate others.

Joe Robinson, 20, died following the rave from what police said was a suspected drug overdose but further tests were being carried out to establish the cause of his death. His family described him as a "gentle giant" in a touching tribute.

A week after the rave, a 22-year-old man was arrested on suspicion of criminal damage and public nuisance.

On Friday (July 17), police arrested a 24-year-old man on suspicion of conspiracy to cause public nuisance and criminal damage. He remained in custody on Friday evening for questioning.

It followed raids at two addresses in Tameside, where a number of items including computers, phones and iPads were seized.

The rave at Daisy Nook took place on the same night as a similar event in Carrington in the Trafford area, where 2,000 people attended, a woman was raped and three people stabbed.

This video captured by our photographer Nigel Wood shows the scale of the destruction at Daisy Nook - with the site a disgusting scene which was filled with empty alcohol cans and bottles, used gas canisters and speakers among other things.

A GMP spokesperson added: "The illegal raves that took place that weekend had very serious consequences and officers have been investigating the circumstances surrounding them alongside partner agencies. Enquiries are ongoing."

Since the raves in June, Greater Manchester Police have launched a major awareness and warning campaign to deter illegal raves from happening.

Superintendent Jane Higham, of GMP’s Tameside District said: “Officers launched a large scale operation following the illegal raves in Carrington and Oldham last month, and are working strenuously alongside our partners to prevent these raves from happening again.

“Whilst we have one man in custody in connection with the rave in Oldham, our investigation is still ongoing and I would urge anyone who has any information about the events that took place on Saturday 13 June 2020 or any planned for the future, to speak with police as soon as possible.

“I would like to thank the public for their continued support as we continue to investigate these illegal events. Thousands of people attended them and a number of tragic incidents occurred. It’s vital that anyone with any knowledge of any planned upcoming illegal events of this nature gets in touch so that we can do everything we can to prevent them from happening again.

“It was incredibly challenging for emergency services to get to those in need and we’re continuing to send a clear message alongside our partners – do not go to illegal raves and risk your lives.”

Anyone with any information about last month’s raves is urged to contact police on 101. Reports can also be made anonymously to the independent Charity Crimestoppers on 0800 555 111.