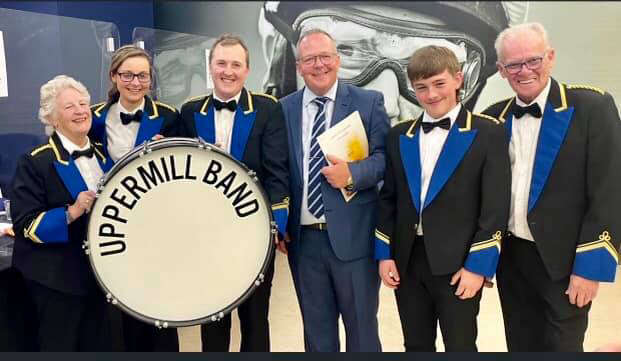 It's been a busy time for Uppermill Band, which has taken part in a national competition, appointed a new Musical Director and is finalising plans for an autumn concert.

A spokesperson for the band said it was 'proud' to represent the North West in the 2nd Section National Brass Band Finals. In its first year in this section, the band competed with 17 others from across the UK.

The band's performance of 'Lions of Legends' saw them awarded fifth place and was described by the adjudicators as "a good performance demonstrating good band sound and balance. Good dynamic contrasts and well shaped phrases. The MD brought the score to life".

Band Chairman John Ward said: "I couldn’t be more proud of the band, they’ve worked so hard preparing for the contest in difficult circumstances following a 15-month enforced break. Their excellent performance was a great achievement and a credit to both the band and our temporary MD Mark Peacock."

A spokesperson said the band would like to thank members of the Saddleworth community who helped them to reach the national finals, in particular Uppermill Methodist Church and the Saddleworth Cricket, Bowling and Tennis Club, where rehearsals have been held during the past few months.

A talented cornet player, Jamie played at the highest level with Championship Section bands Grimethorpe and Brighouse and Rastrick. 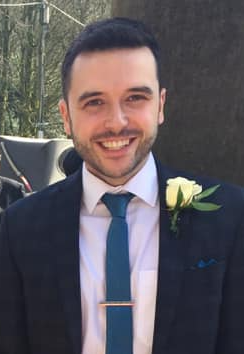 A band spokesperson said he brings a wealth of experience of playing under a range of conductors, including Professor David King.

As a Specialist Leader in Education for Music working at a high school in Yorkshire, he has a proven record of developing musical ensembles, conducting and performing at prestigious venues.

Jamie has already been working with Uppermill Band in recent weeks and the band is 'looking forward to the next stage in their musical journey'.

"I feel extremely proud to have been offered the opportunity to work with Uppermill Band," said Jamie.

"I have been very impressed with the sense of togetherness within the band, and I know that we have a shared vision for bringing great musicality and excellence in performing to our local community and beyond. They are a band who have enjoyed many successes in recent times, and I hope that we can achieve even more, together, in the future."

The band say it is also finalising plans for a concert in Uppermill this autumn and more details will be revealed soon.

Anyone who would like to join Uppermill Band, particularly any cornet players, can get in touch with Band Secretary Katie Woodward by calling 07949 559200.