£32m college forced to close over flooding to reopen 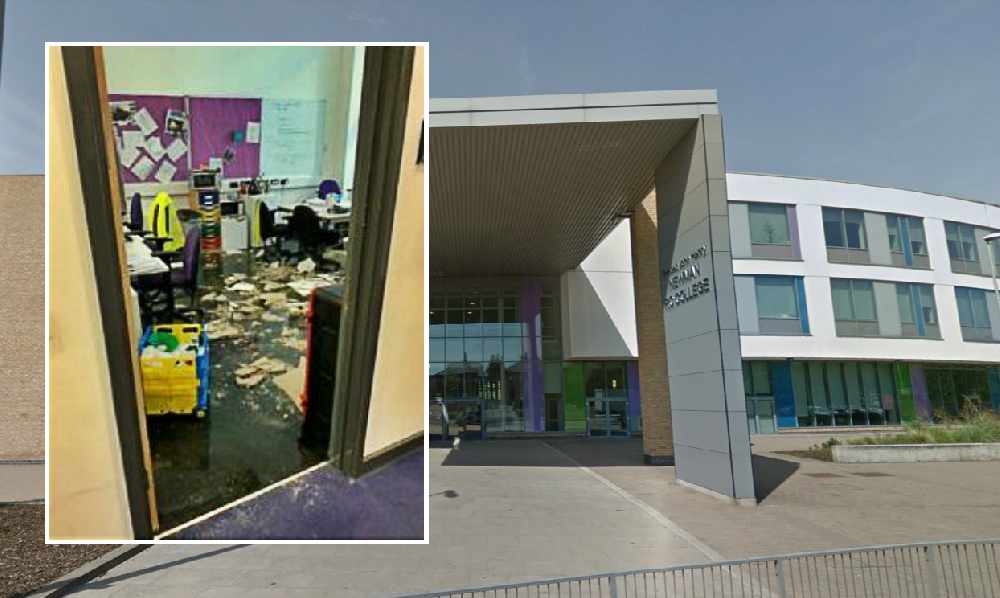 A £32 million secondary school - forced to close to all but year 11 pupils for a fortnight after being hit by 'severe' flooding - will fully reopen this week.

Blessed John Henry Newman RC College in Oldham is to allow students in years 9-11 to return to school today (Tuesday), and all years will be allowed back from tomorrow (Wednesday).

But bosses say they are preparing for the school to face a ‘further threat of disruption’ due to the coronavirus pandemic.

The new-build Catholic secondary on Broadway was closed after water leaked into the main school building causing flooding in parts of the upper and lower floors over the weekend of February 29.

Leaders said the flooding had created a ‘severe health and safety issue’ and impacted on the heating of the whole building, making more than 30 classrooms and office areas ‘not fit to use’.

In a letter to parents and carers published yesterday (Monday), headteacher Glyn Potts said it had been a ‘difficult and unavoidable period of closure for the college’.

“It is not lost on me that the college now faces a further threat of disruption due to the COVID-19 virus,” he said.

“However, the staff at Blessed John Henry Newman Roman Catholic College will do all we can to safeguard the educational provision of the students we serve.

“We have not rested on our laurels during the period of absence but instead used this to better prepare for any eventuality that the government seems fit to take in response to the situation.”

Mr Potts also apologised for the disruption and said they want to return to normal ‘as quickly as possible’, adding: “Parents are only too aware that the two weeks enforced closure has been a huge strain on your childcare arrangements and the education we offer at the college.”

He said they had been facing problems with the building since the early days of opening, and the repair work needed after the recent ‘unprecedented’ leaks included refitting of carpets, deep cleans and electrical safety tests.

“Students and parents alike are aware that our heating system is intermittent and that leaks are a far too frequent occurrence in a building that is less than eight years old,” Mr Potts (pictured below) said. 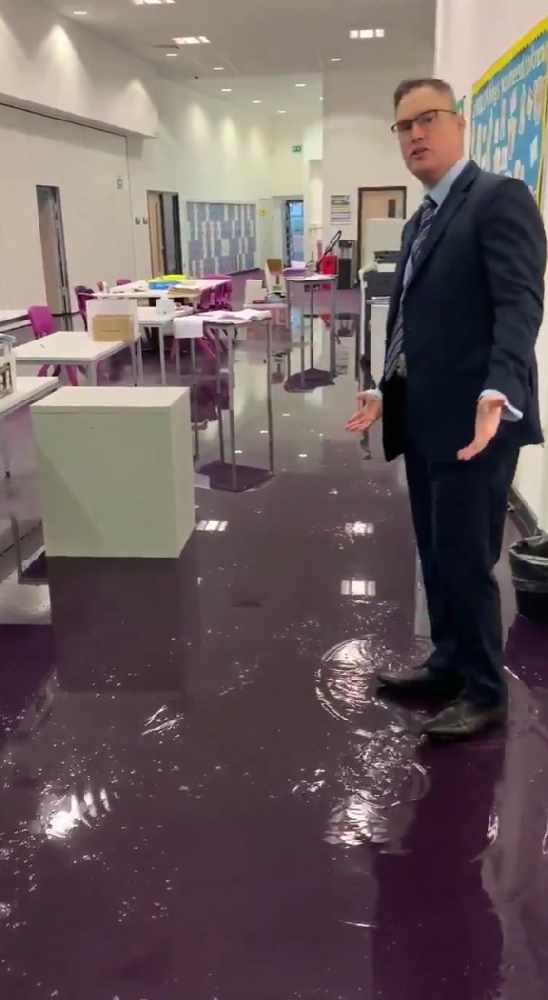 “This has often meant that the college and students have tolerated difficulties in favour of remaining in college.

“More recently, the heating system has become far less reliable and the leaks far more frequent, leading to a number of serious leaks in the building since I have become headteacher.

“The leaks which occurred at the end of February and early March were unprecedented.

“Whilst the college and staff are accustomed to the loss of a room or temporary heating variability, we had never lost sufficient learning space to be unable to find a solution.

“During the recent events, over 50 per cent of the teaching spaces were flooded and heating to a large part of the building was not functioning in line with the contractual agreement.

“This, together with the significant and obvious safety implications meant that governors had no choice but to issue a partial closure of the college.”

He added: “The risk of further leaks has been reduced significantly, but not entirely.

“The temperatures in the building is sustainable and we look forward to the return of our students. Despite this, we must now also prepare for the impact of COVID-19.”

Mr Potts said that from yesterday (Monday) if a student has the most common symptoms of coronavirus – a new and continuous cough and, or a high temperature they should stay at home and not leave the house for seven days from when their symptoms began.

On January 27, Oldham cabinet bosses had agreed to step in if required to fund and carry out repair works at the school to try and resolve its dysfunctional heating system.

The school, which is a voluntary aided school rather than an academy, was completed in 2012 under a partnership between Oldham council and a PFI contractor owned by Balfour Beatty, as part of the national ‘Building Schools for the Future’ programme.

Since the school opened, the day to day operational management has been undertaken by Engie Limited, who were subcontracted to provide facilities management.

Oldham council said they are supporting the college and its contractors, and are progressing with plans to resolve the long-term heating issues in the building.