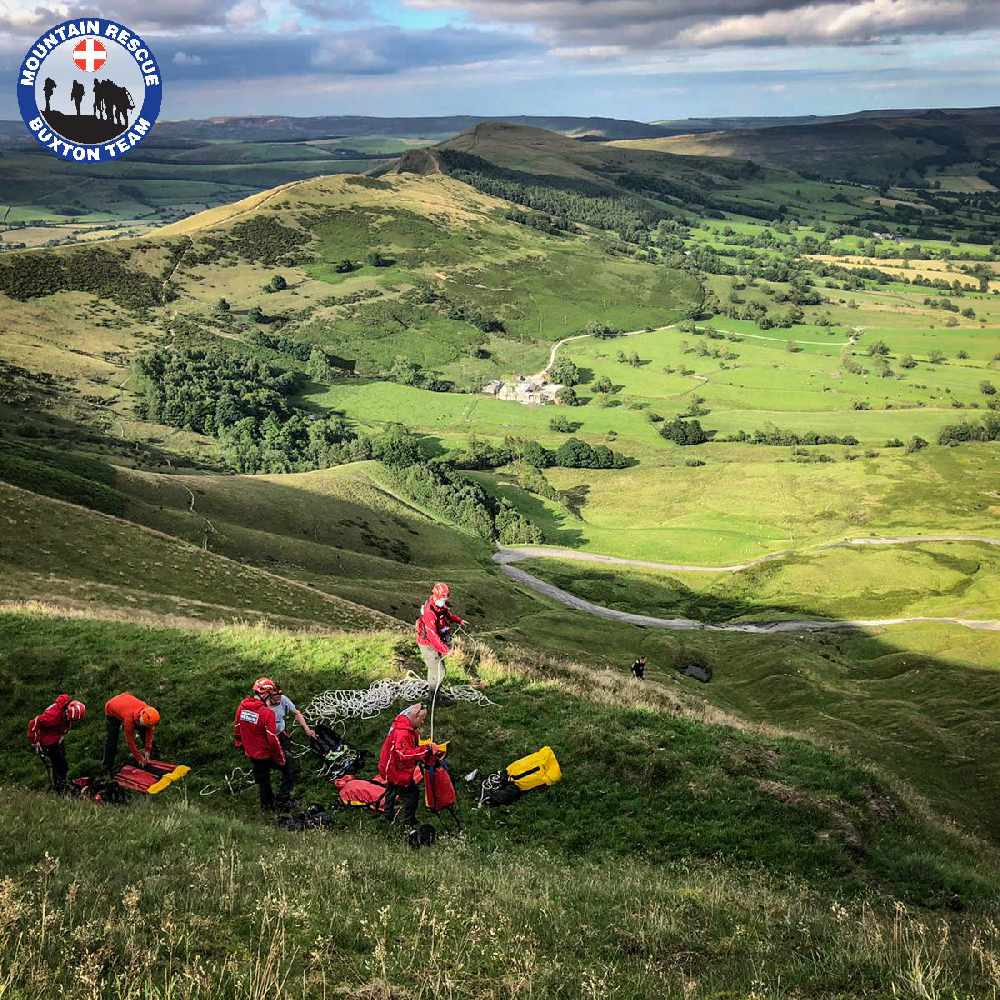 A young walker suffered serious injuries after falling from Mam Tor in the Peak District.

The walker is reported to have fallen from a 'substantial' height off the face of the hill, while a second climber was stranded three-quarters of the way up Mam Tor.

With help too from Humberside Maritime and Coastguard Agency, the casualty was put on a stretcher and taken to Sheffield Children's Hospital for treatment.

The team also helped to save the second walker, who had been stranded up the hill but wasn't injured, by strapping them into a rescue harness before hoisting them to the top of Mam Tor.

Buxton Mountain Rescue Team added: "This was a complicated rescue involving a multi-agency approach, and its success is a testament to the excellent training, and the professionalism of both team’s members, all of which are unpaid volunteers. Our best wishes go to the family and the casualty."