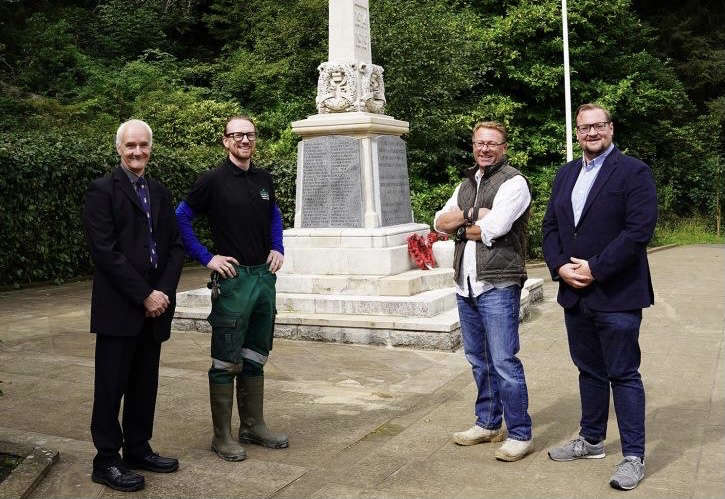 The Cenotaph in the Memorial Park in Whaley Bridge has been officially unveiled, after a £38,700 restoration project following damage caused by a falling tree.

And now it’s complete, the Council’s Deputy Leader, Councillor Damien Greenhalgh, joined John Baker from the local branch of the Royal British Legion and TFW founder and Master Craftsman Andy Oldfield, who worked on the Cenotaph, to reveal the results. 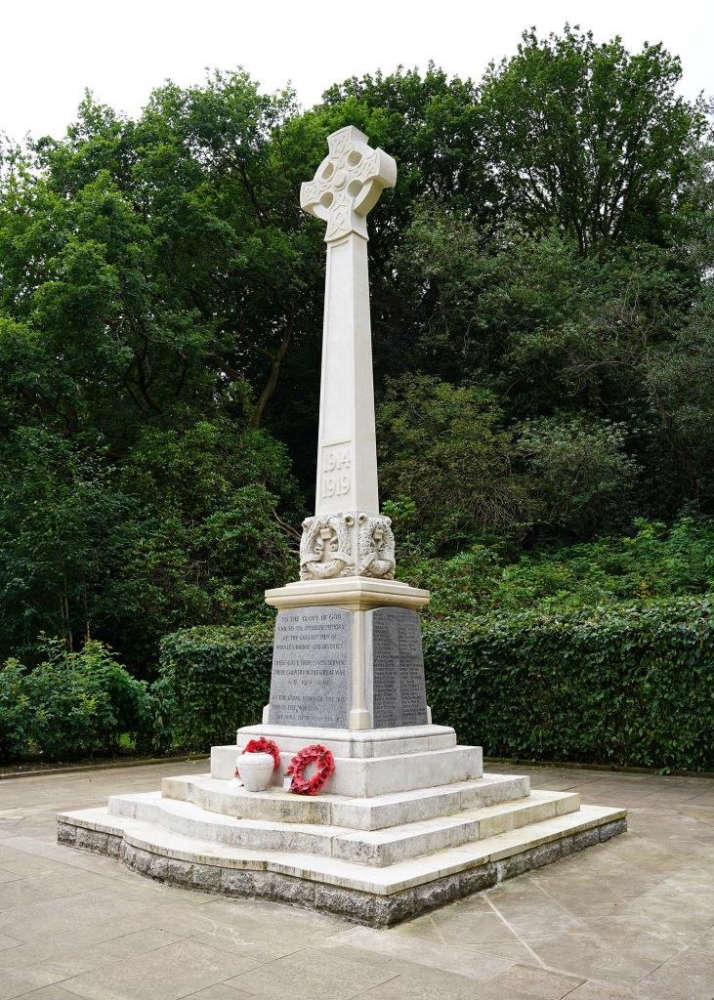 Councillor Greenhalgh, who is also Executive Councillor for Regeneration, Tourism and Leisure, said: “The Memorial Park was created to commemorate the loss of 108 men from Whaley Bridge in the First World War so, naturally, the Cenotaph one of its defining features and the focus for the community to honour and remember the sacrifices made by generations past and present.

“That’s why this restoration project was so important to us at the Council, the Royal British Legion, the team of expert specialists at TFW and everyone who loves the park.

“Andy and his colleagues have done such an excellent job, in partnership with the Council, and I was delighted to join him and John from the Royal British Legion to officially unveil the newly-restored Cenotaph.

“The investment we’ve made has safeguarded the future of the Cenotaph which holds such a special place in so many hearts. It really is a fitting tribute in the park dedicated to remembrance and I know it will continued to be a valued space, and a place to reflect, for generations to come.” 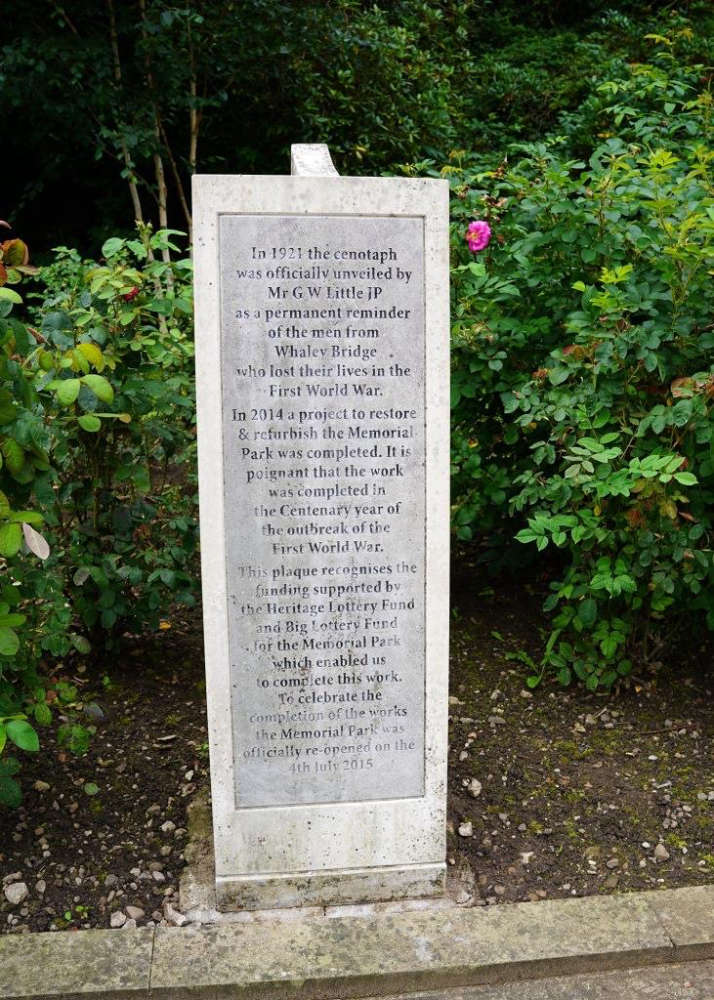