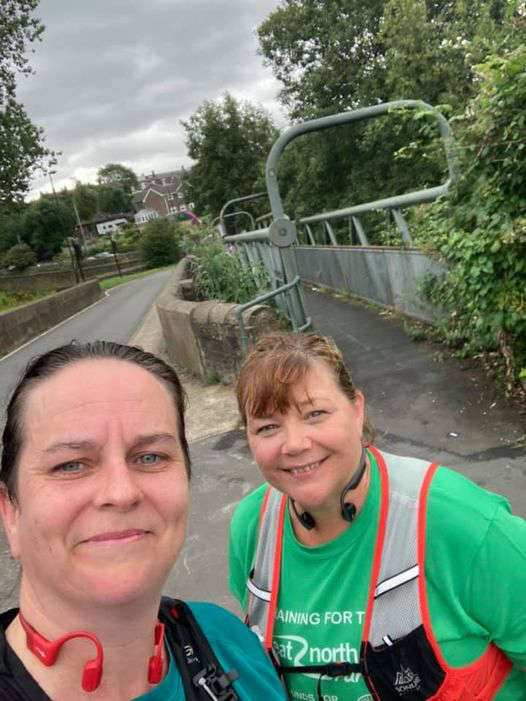 Jeanette and Kathryn in training for the Great North Run.

Two Tintwistle women are taking part in a half marathon to raise funds the village's cricket club.

Jeanette Mitchell and Kathryn Gray and their families have close ties with the club.

They are running the Great North Run in Newcastle to try to raise £1,000 towards a new clubhouse.

The Great North Run is the largest half marathon in the world, taking place annually in North East England each September.

For the first year it was advertised as a local fun run; nearly thirty years on it has become one of the biggest running events in the world, and the biggest in the UK. Only the Great Manchester Run and London Marathon come close to attracting similar numbers of athletes each year.

This year’s event is being held on Tuesday 21 September.

This is Kathryn’s first-ever half marathon but Jeanette has run them before.

The pair started running five years ago with a 'Couch to 5k' event at local running club Start to Jog.

Jeanette said: "I did the Great North Run a couple of years ago and I loved it. Kathryn’s husband also took part. Kathryn came along to cheer us on. So when we started running together it was an obvious choice for us to do.”

Kathryn commented: “Jeanette has been coaching me. She’s a good teacher and we’ve both been running and training together since the beginning of the year. We’re confident we’ll finish but our times might not be good!”

Tintwistle Cricket Club’s existing pavilion is more than 50 years ago old. The pair hope that their fundraising will help towards the cost of building a new one.

You can support the ladies by donating via their JustGiving page at https://www.justgiving.com/crowdfunding/jeanette-mitchell-kathryn-gray-gnr2021.