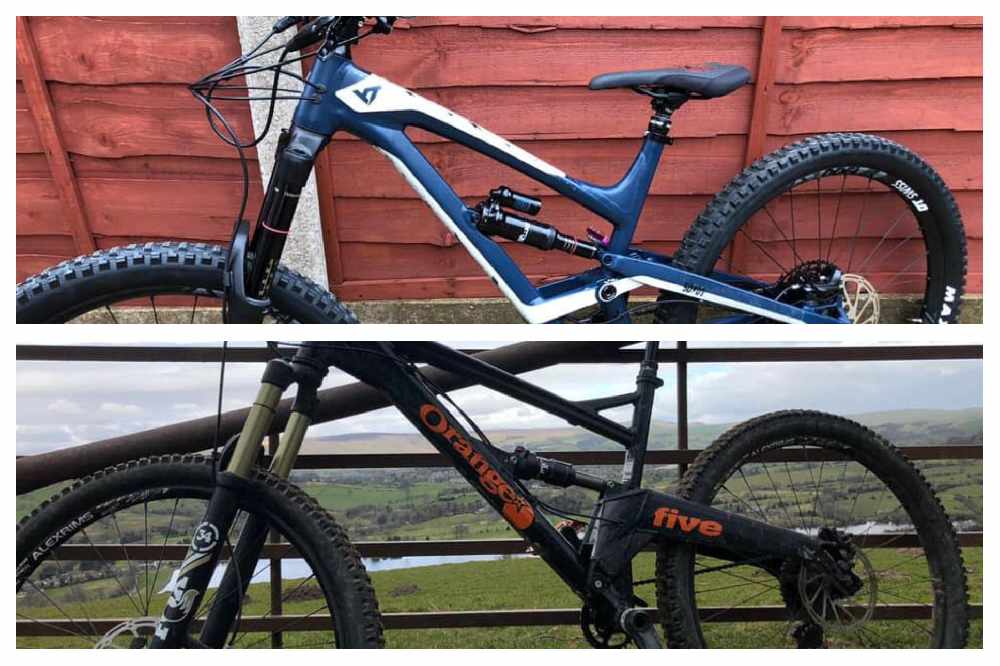 Police are appealing for information after two bikes were stolen in Chapel-en-le-Frith.

One was a blue YT bike with purple pedals, and the other was an orange five bike with a black frame, orange writing and orange straitline pedals.

A third bike - a grey Lombardo - was left at the scene.

No further details have been released about the time or location of the thefts.

Anyone with information is asked to call Derbyshire Constabulary on 101, quoting occurrence number 20*469294 and the officer in the case PC Edwards 14966.