The Hillmen Are In FA Cup Action 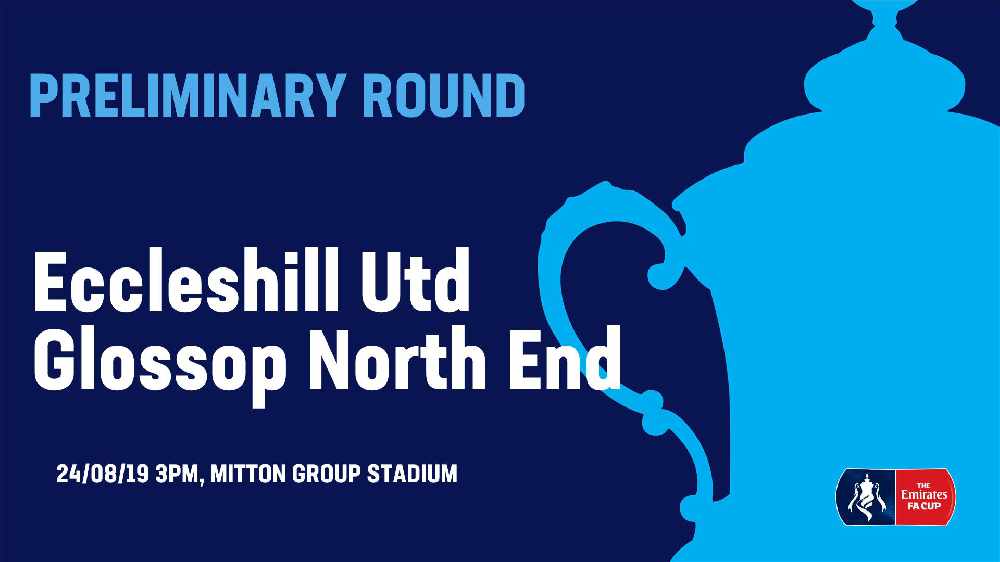 Glossop North End are in FA Cup action this weekend as they travel away to Eccleshill United in the preliminary round.

Glossop North End are in FA Cup action this weekend as they travel away to Eccleshill United in the preliminary round. Glossop is an FA Cup household name believe it or not as in the early 1900’s they were a Division One team fighting for national honours. Glossop’s best FA Cup finish came in the 1908-09 season where the Hillmen reached the quarter-final stage where they were beaten by eventual finalists Bristol City in a replay.  It’s been a fall from grace since for Glossop who have failed to get passed the FA Cup preliminary round for the past three seasons.

Glossop have started their league season with a mixed bag as they adapt to life in the Northern Premier League - South East Division. Their opening game saw them lose 1-0 at home to Stamford AFC but they followed that game with a superb 1-0 win away at Newcastle Town.

Glossop’s opponents Eccleshill United don’t have the same FA Cup history as the Hillmen but they will be looking to make home advantage count. Eccleshill’s best FA Cup run saw them reach the second qualifying round but they have only gone past the preliminary round once in the seven seasons.

Eccleshill are currently members of the Northern Counties East League Premier Division but haven’t started well after a winless run from their opening three games has seen them draw once and lose twice. However, they have already won in the FA Cup this season as they beat Bootle in the extra preliminary round.

Glossop will be favourites to win the game as they are facing lower league opposition but as we all know in the FA Cup it won’t be an easy task to secure the £2,890 on offer for the winners.