The end of the Woodhead line 40 years on 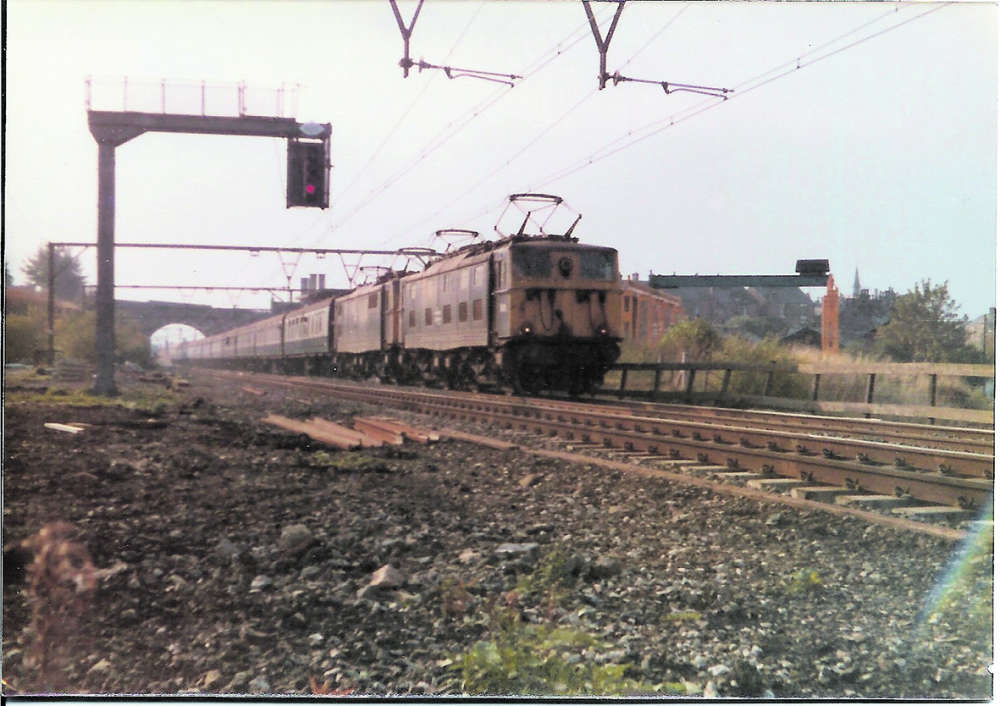 Sunday 18 July marked the 40th anniversary of the closure of the electrified Manchester to Sheffield 'Woodhead' railway line.

The closure brought to an end a story that had begun as far back as 1845, when the first of the Woodhead single bore tunnels was opened, just over three miles long and allowing the Sheffield, Ashton and Manchester Railway to connect Manchester to Sheffield.

Increasing traffic on the line meant a second tunnel had to be constructed, and this opened in 1852.

Many navvies were killed or injured in the dreadful working conditions, and a number died of cholera.

Over the next 50 years the line expanded to serve more cities and towns, from Hull and Grimsby in the east to Chesterfield, Nottingham, Loughborough, Leicester, Rugby and finally London’s Marylebone Station, the last main line to reach the capital, opening in 1899.

Over the periods of expansion, the line’s name changed, first to the Manchester, Sheffield and Lincolnshire Railway, and then to the Great Central Railway when services from Manchester to London commenced.

In 1922 the line became part of the London and North Eastern Railway, and in 1948 part of the nationalised British Railways.

Throughout its lifetime, the principal purpose of the Woodhead line was the movement of vast quantities of coal from the mines of South Yorkshire and Derbyshire to meet the demands of industry and the domestic fuel market.

In the 1930s, a decision was taken to electrify the Woodhead line in order to move this traffic more efficiently, and work on electrifying the line began. 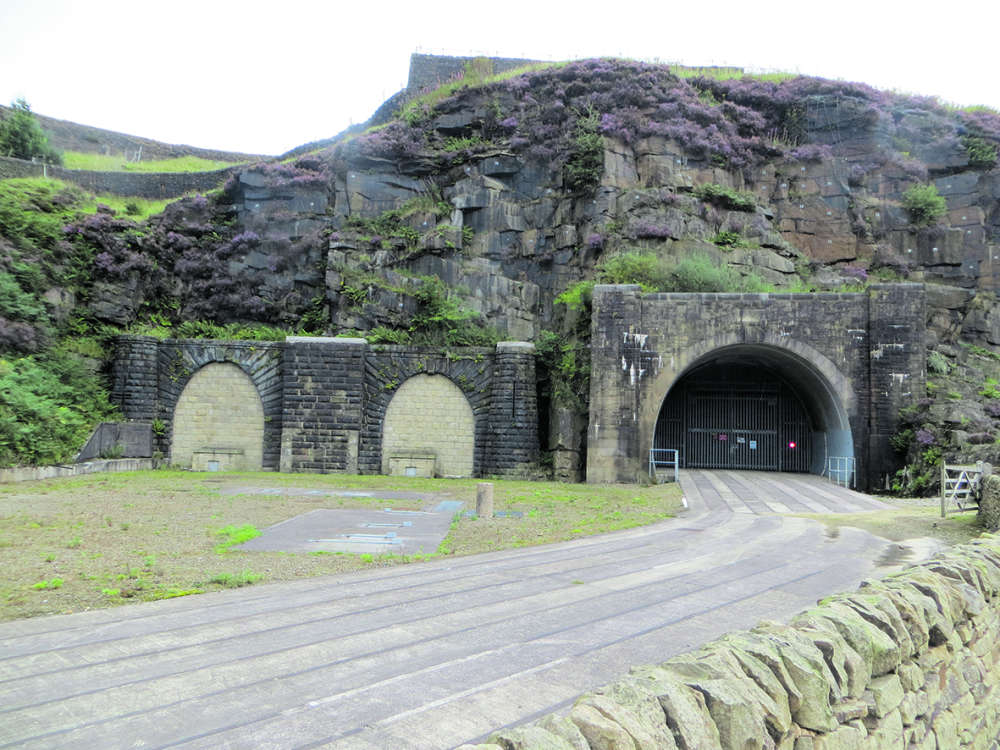 This work was suspended during World War Two, and when it recommenced the decision was made to drive a new tunnel through the Pennines, parallel to the original tunnels which were in a very bad state of repair.

This epic piece of engineering was completed in 1954, and the ribbon was cut by Transport Minister Alan Lennox-Boyd in a ceremony on June 3, 1954.

However, the seeds of destruction had already been sown; the line was electrified at 1500Vdc, while all electrification on BR was carried out at 30,000 ac, meaning that Woodhead was already non-standard and could not be connected to any other electrified lines, and trains travelling further than the Woodhead line in either direction would have to change engines.

Passengers from Glossop and Hadfield were delighted with their new electric trains, which were modern and fast, and passenger numbers increased significantly.

Within nine years, the Beeching Report was to throw a shadow over local rail services, with the Hadfield-Glossop-Manchester service slated for closure under the reshaping proposals. This threat was withdrawn, but events further afield were to cast long shadows.

The Great Central’s extension line to London was looked upon as an unnecessary duplication of existing lines, and was rapidly run down from 1959 onwards until closure in 1966, together with the line from Sheffield to Nottingham.

The lack of southbound traffic, both passenger and freight led to the export to the Netherlands of some of Woodhead’s electric locos, and in 1970 all passenger services from Manchester to Sheffield Victoria ceased, leaving Woodhead as little more than a coal line, although still shifting vast quantities of this vital fuel. 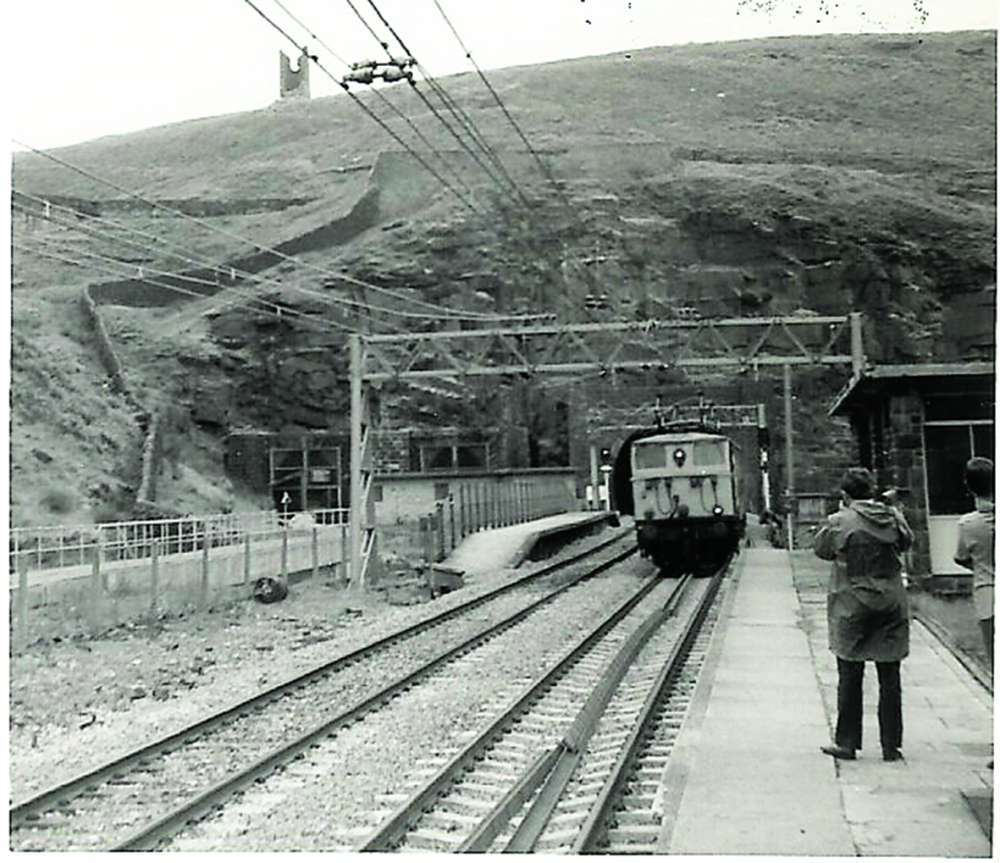 As the ‘70s progressed, coal was becoming less important as a fuel, and most of Woodhead’s traffic was destined for the coal-fired Fiddler’s Ferry Power Station near Warrington.

By 1976, BR had announced it was ‘reviewing’ the Trans-Pennine routes, and this review led to the decision to divert Woodhead’s remaining traffic to other routes, scrap the ‘life-expired’ electrification equipment and close the Woodhead line for good.

There was tremendous opposition to this plan, which led to local  action groups being formed to oppose it and local rail strikes in protest against the closure plans.

Imaginative plans were produced that would have linked the Woodhead line to other parts of the system after re-electrification to modern standards, but to no avail.

The line closed, a little later than planned, and, in the early hours of Saturday morning, on July 18, 1981, the final train to traverse Woodhead, a Harwich-Trafford park ‘Speedlink’ working passed through the Woodhead Tunnel at 5am.

That fine concrete-lined and electrically lit tunnel had a working life of a mere 27 years. 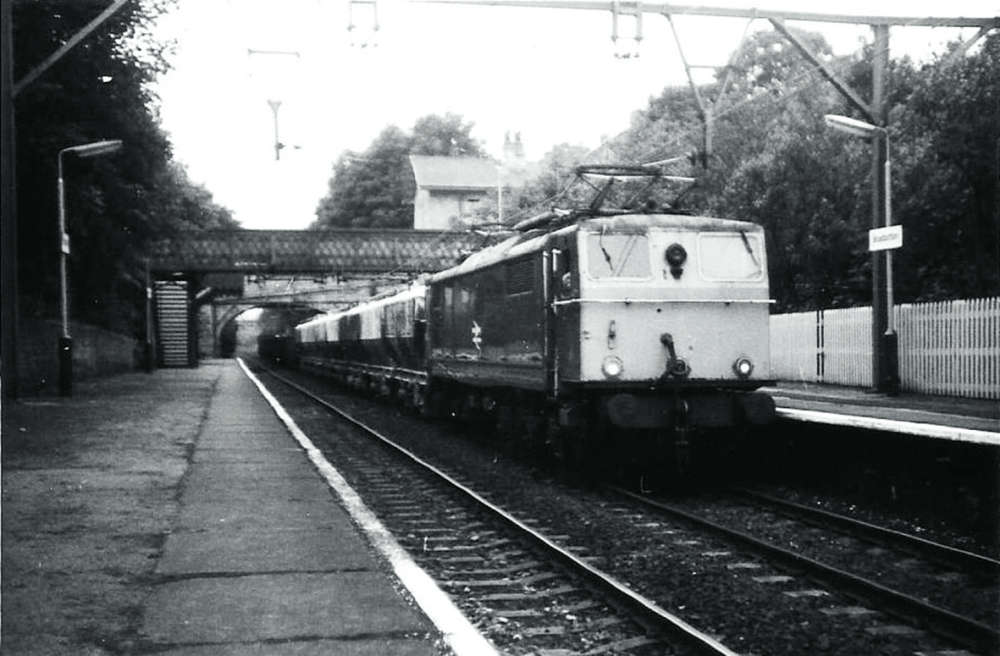 The rail trade unions insisted that the track should stay in place, while other options were considered, but to no avail; after two years track removal commenced.

Since then, arguments have raged about the closure, and calls to reopen the line continue, despite the fact that on both sides of the tunnel it has been turned into a walking/cycling route.

In 1985, Simon Bain, a reporter on the Glossop Chronicle, produced a book about the closure, entitled ‘Railroaded – The Battle for Woodhead Pass’, with a foreword by the then Labour leader Michael Foot.

Simon went on to great things winning ‘Young Journalist of the Year’ for his work on Woodhead, and moving first to the Sheffield Star and then to The Scotsman, where he became economics editor.

Despite the issue of the Woodhead Tunnel having been raised several times in Parliament, and the formation of a local group ‘Save the Woodhead Line’, now defunct, there has never been any official proposal to look at reopening the line, while the tunnel is now occupied by the National Grid cables that once ran through one of the old tunnels.

Both the old tunnels are now sealed at both ends and are unfit for any further use.

In total the Woodhead line and its tunnels had an active existence of 136 years and made a tremendous contribution to the industrial and transport history of the North, but for the past 40 years they have gradually sunk back into the quiet, striking, but strictly rural, Longdendale scenery.