Teenagers arrested after car ploughs into garden wall and caravan 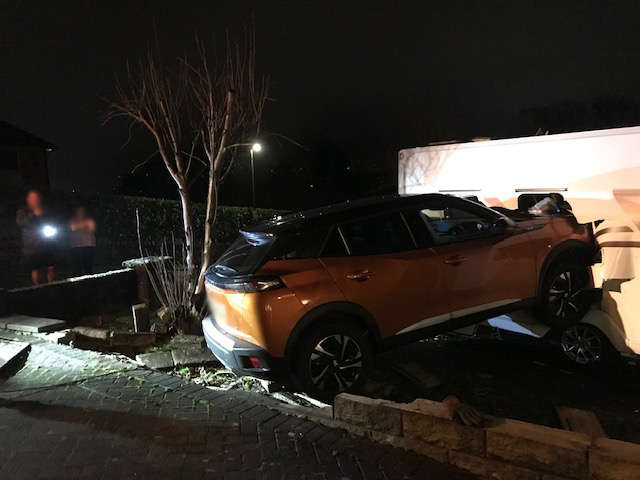 The car embedded in the caravan.

Three teenagers have been arrested after a car crashed into a garden wall and a caravan in Simmondley.

It happened in the early hours of last Tuesday morning (14 December).

A garden wall was damaged and the caravan that had been parked on a neighbouring drive was destroyed after being struck by the car.

Police were called to Simmondley New Road at around 3.40am and, at the scene, a Peugeot 2008 was found embedded in the side of the caravan. 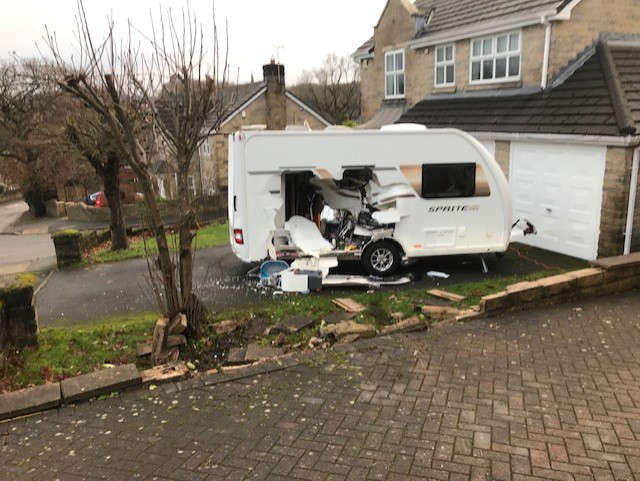 The damage to the caravan more visible in the daylight

The trio have been released under investigation as enquiries continue, a Derbyshire Police spokesperson said.

Anyone who may be able to assist officers with their enquiries is asked to contact police on 101, through the Derbyshire Police website or social media channels, quoting reference number 21000725568.