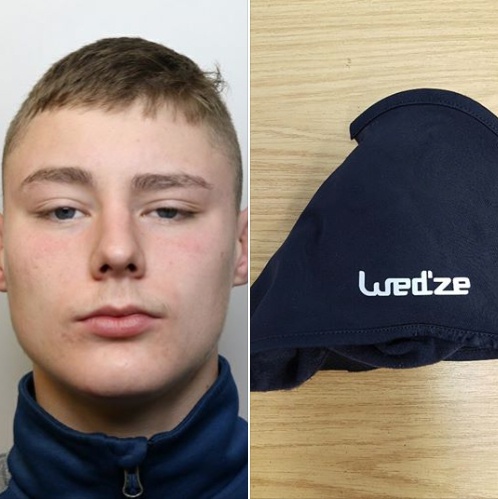 A knife-wielding teenage robber has been sentenced for targeting a shop in Buxton after he was identified by a member of the public.

Kyah Hammond (pictured) has been handed 18 months in a Young Offenders Institution after pleading guilty to robbing Henry's Store, in the London Road area, on March 28 last year.

The 18-year-old was armed with a knife when he took a large amount of cigarettes and cash after threatening a female member of staff.

He discarded the clothing he was wearing during the incident and as part of the investigation, police released images of the items – including a distinctive Wed’ze ski mask (pictured, right).

A member of the public who saw an appeal poster came forward and Hammond was identified as a suspect and later arrested.

Hammond, of Toulmin Drive, Swadlincote, was sentenced at Derby Crown Court on November 6.