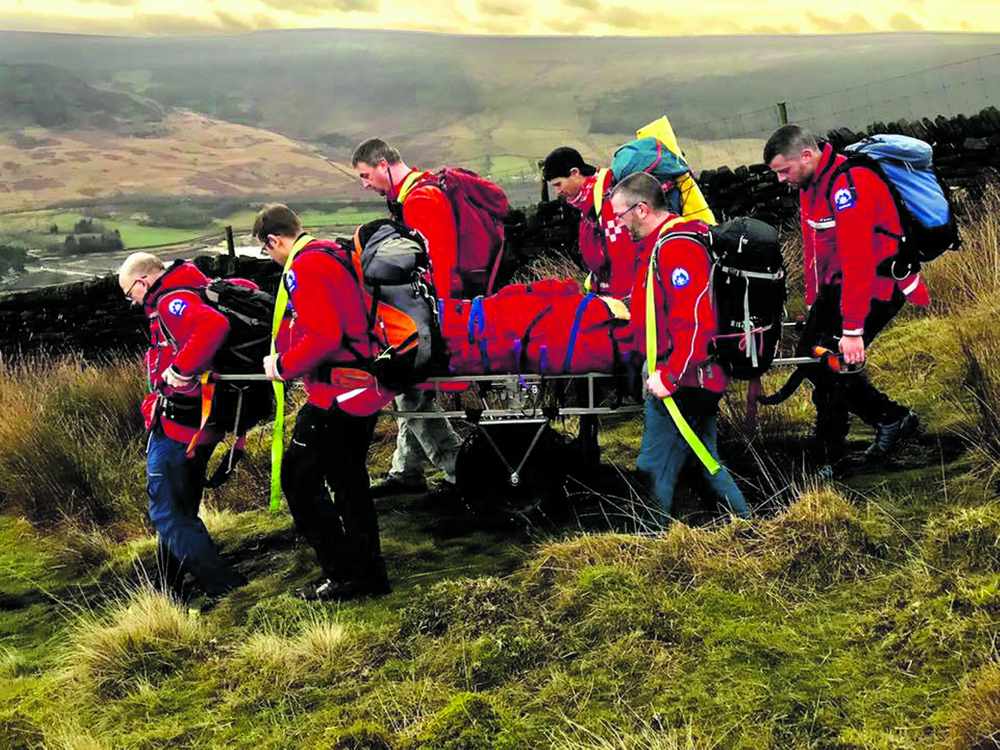 Days after taking part in a training exercise and weeks since escorting Father Christmas on a sleigh ride tour of the town, Glossop Mountain Rescue Team was playing it for real.

Called out at 1pm on Sunday, 15 members were back on Crowden rescuing a walker who had suffered a badly injured knee.

The 65-year-old Nottingham man was descending from the Pennine Way near Highstones when it’s believed he slipped.

The casualty’s condition was treated at the scene before he was stretchered a short distance to the team’s ambulance and off for more treatment.

From the initial alert, the rescue had taken two and a quarter hours. 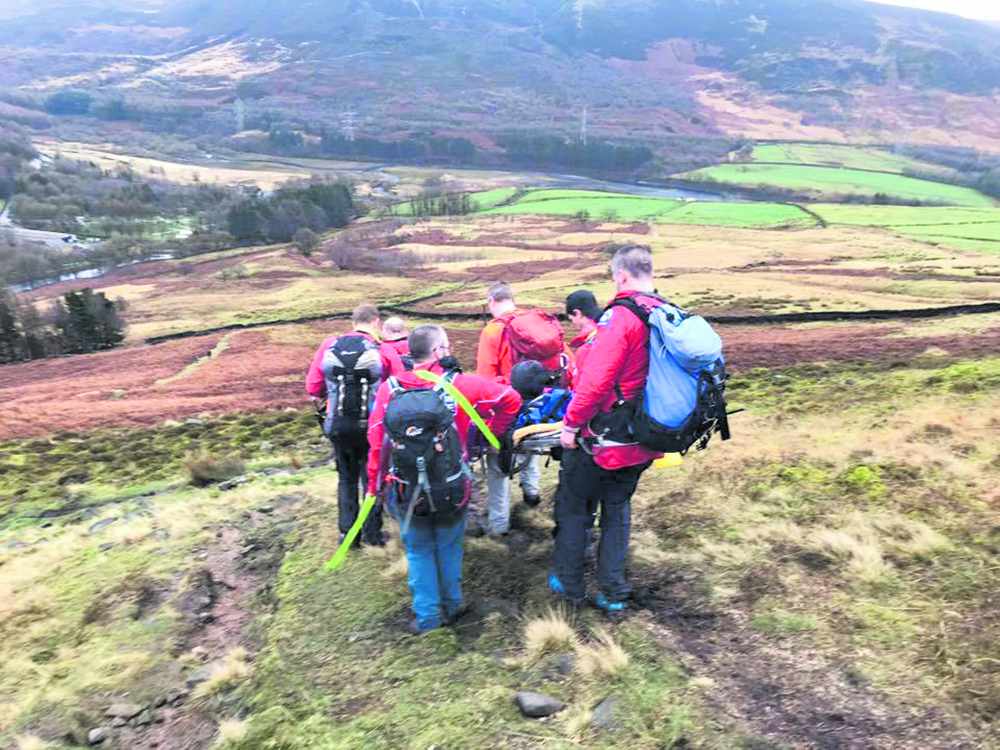 The recent training exercise had seen a realistic rock rescue at Stable Clough on Bleaklow.

Volunteers - with ‘wounds’ created by make-up artist Claire Arrowsmith - were brought off the crags using ropes  and stretchers. 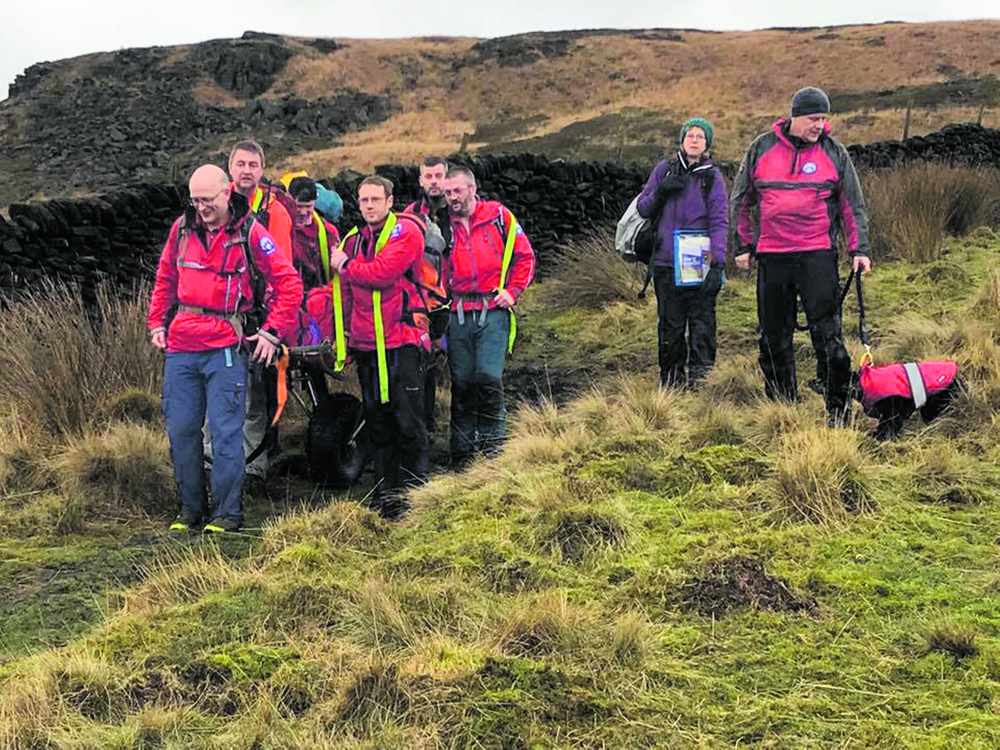 RESCUE: An injured walker was helped off the moors.