Sharing love for the Peak District in spectacular charity challenge 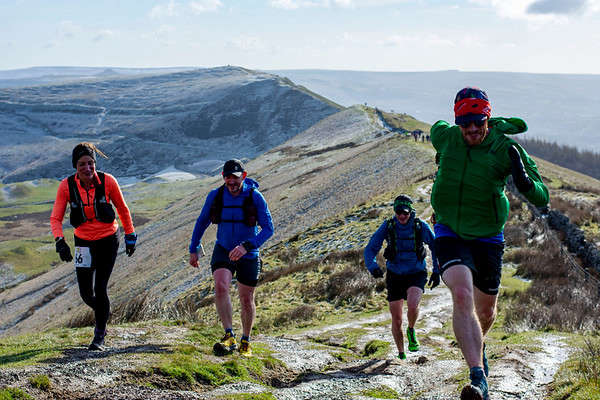 Runners and hikers showed their love for the Peak District National Park by raising £7,450 in a charity challenge.

Foundation trustee Andrew McCloy completed the 35km route while raising £2,292 - more than doubling his target of £1,000.

Andrew said: "I’d like to thank everyone who gave so generously to support this really important cause. It was a memorable way to finish off the National Park's 70th anniversary year, taking in some of the most spectacular landscape in the National Park, including the bracing moorland top of Kinder Scout where the famous Mass Trespass took place 90 years ago.

“But, for me, the event was about looking forward to the next 70 years, and how the Foundation is already playing a vital role in supporting the work of the National Park for people, nature and climate. I thoroughly enjoyed walking 35km across the roof of the Peak District with so many like-minded people and for such a good cause.” 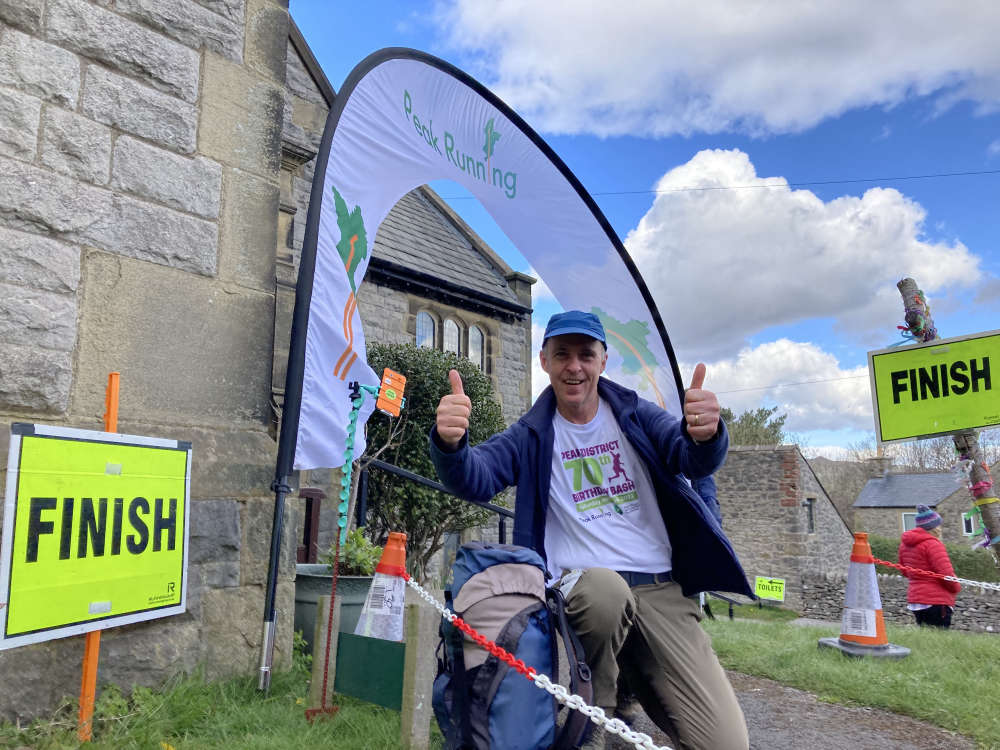 Peak Running founder Andy Brooks added: “We’re really pleased that the 70th Birthday Bash achieved its objective of attracting a great mix of runners and hikers from far and wide, with a mutual love for the Peak District. Whether they took on the full 70km distance, or the shorter 35km option, there was a wide consensus amongst them that the route was challenging but spectacular.

“The weather – ranging from blue skies and sunshine to sleet and snow - made for a real showcase for many on the most spectacular views in the Peaks. While many were out many to enjoy those views at a leisurely pace, there was also some exciting racing among the competitive runners too.”

The race over the full Birthday Bash route was won by Hong Kong-based Ryan Whelan, who completed the 70km (and 3000-metres of climb) in 8hr 19mins. He was followed very closely by Dark Peak Fell Runner, Fran Collett, who arrived back in Castleton just 50 seconds later to take the female crown.

The male winner in the 35km race was Chris Shelton from Matlock AC in 3h 32m. Samantha Willis from Buxton AC won the female race in 4hr 23min.

All competitors received a souvenir Peak District National Park 70th anniversary map of the route. A limited number of maps are now available to buy from Peak District visitor centres at Bakewell, Castleton, Fairholmes and Edale for a £10 donation to the Foundation’s Connect Recover Thrive projects.

The Harvey Map is 1:25,000 scale, waterproof and includes details of the Foundation, Peak District Proud, the anniversary route as well as details of how to get to the Peak District via public transport. The route can be enjoyed as a loop or in stages and covers the heart of the Hope valley, straddling both Dark and White Peak areas.

Maps can also be bought from Peak Running at https://www.peakrunning.co.uk/shop