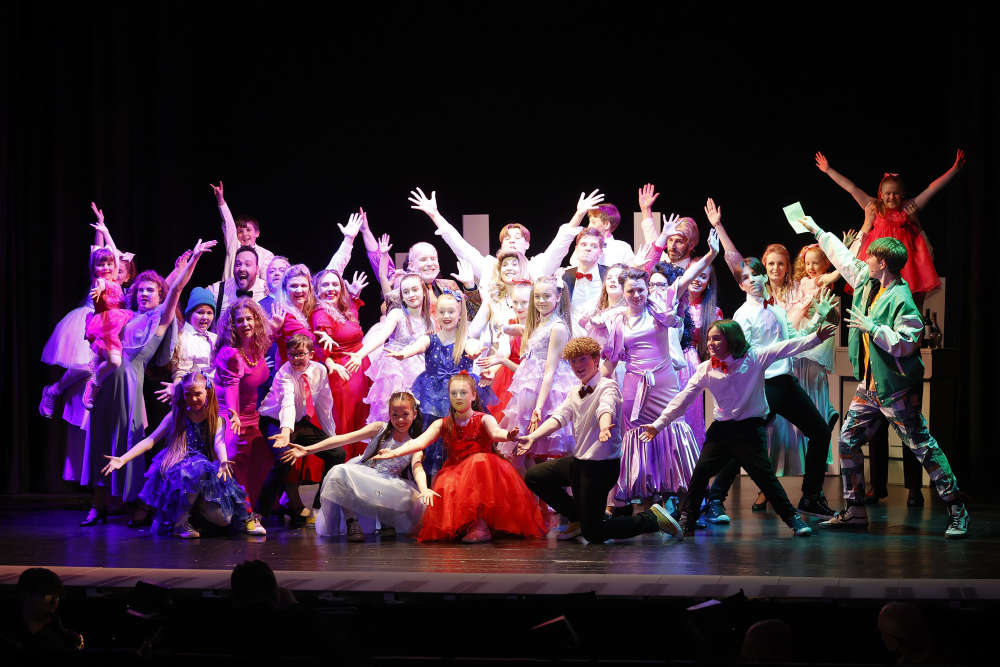 This is a story of young Josh Baskin, a 12-year-old boy from New Jersey who finds that whenever he sees pretty 13-year-old Cynthia Benson he is totally speechless and doesn’t understand his feelings.

However, when his best friend Billy Kopecki tells him Cynthia thinks he’s cute, he makes a wish at the carnival “I wish I was big” and so the fun begins.

Playing the role of 12-year-old Josh was Jake Ashworth, who tried really hard, was full of energy, but unfortunately the orchestra tended to overpower his performance.

His older self was played by the very talented Seb Green. This is a very demanding role and Seb was full of determination and presence on stage.  He has a good strong singing voice and this was matched with his personality in his acting. His song ‘I want to go Home’ was quite moving and very convincing. Becky Towner-Yates as his Mother gave a lovely emotional performance which was well matched with her singing.

Melissa Steele was well cast as Susan showing she had not only had a beautiful voice but also a strong character to go with it.

Two other strong performances were given by Freia Reidel-Fisher as Miss Watson and Sam Bolton as Paul.

Jake Hornsey as Billy gave an excellent performance for one so young, he brought fun to his character and has a great understand of stagecraft and presence. Certainly a name to watch out for in the future.

This production is a showcase of the talent from youth in this area. Both Chorus and youngsters providing lots of enthusiasm, high energy and toe tapping routines. Congratulations to Director Natalie Bowden - this is certainly a show not to be missed.