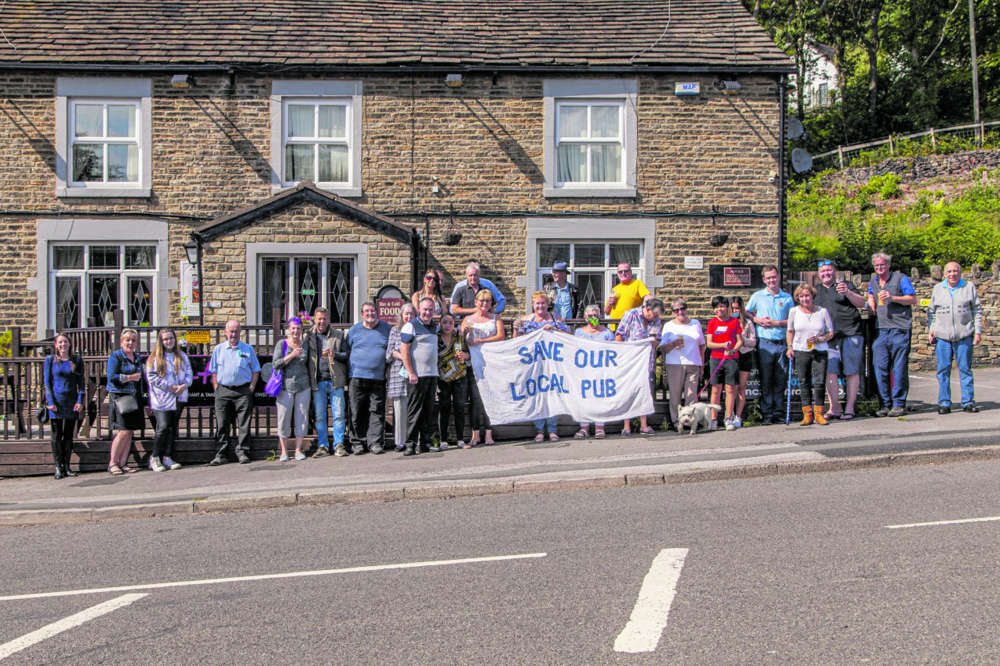 Residents are campaigning in an effort to save the pub from development. Image: John Parkins.

A petition has been launched to try to protect a historic Glossop public house from development after plans were submitted for it to be demolished.

Under the proposals, the company which owns the Royal Oak, Kirtleway Ltd, is seeking permission to demolish the existing property and build six new homes on the Sheffield Road site.

The building is more than 200 years old, and campaigners say the pub is a central part of the community and has a long and interesting history.

The petition has attracted over 400 signatures, with many people adding their comments and support for the unique place the pub has in Glossop history and the tenant landlord and his family who currently run the pub.

Available to view at https://www.ipetitions.com/petition/save-the-royal-oak-inn-glossop? the petition says the current landlord tenant has offered to buy the building, but the owners have refused as the demolition and building six homes would be more profitable.

Campaigners want to show that public opinion supports saving the pub and are urging the owners to have a rethink and help save a piece of local history.

The proposals for redevelopment are available to view on the council’s website www.highpeak.gov.uk and go before a meeting of High Peak’s Development Control Committee on August 9.

So far 54 people have commented on the application which, if approved, would see two four-bed detached homes and four three-bed semi-detached homes built on the site. 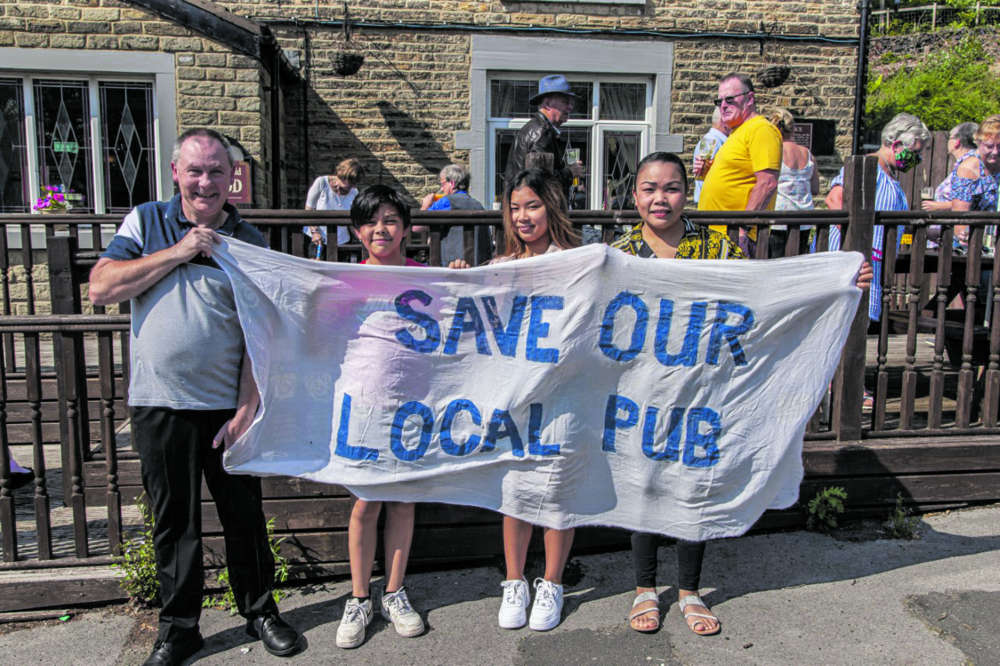 A group of residents holding up a banner outside the pub. Image: John Parkins.

The planning application says the current building is in desperate need of maintenance, outbuildings are unkempt, overgrown, and ignored and the main roof leaks, as does the kitchen roof and the porch roof.

It states: “The existing business use of the building is no longer financially or commercially viable and there is adequate alternative provision of public houses to mitigate for its loss.”

As the cost of conversion is so high, development of the site is only viable if the existing building is demolished, it adds.

The submitted documents also dismiss the historic value of the property, stating: “It is a typical example of a property built in the 19th century in Glossop; of which there are many. There is nothing which increases its architectural or historic significance.”

Chris Sidebottom, tenant landlord at the Royal Oak for the last seven years, would like to purchase the property and keep both the pub and restaurant open.

He told the Chronicle that crippling rents, unchanged throughout the pandemic, prompted him to write to the landlords to say he would not be renewing his lease next year, as the high costs make it impossible to keep surviving.

He said the building is structurally sound and the issues have been caused by little things such as a slipped slate on the roof and bits of pointing.

The support shown to the pub has been welcomed.

“There is a lot of history here for families for generations and they don’t want to see the actual building demolished,” he said.

“Ideally I want to stay and buy it.”