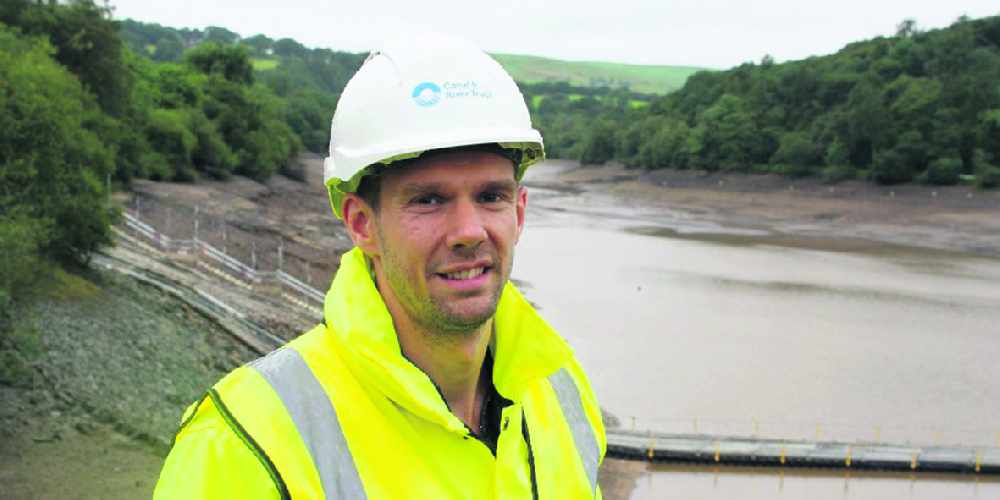 The Canal and River Trust is now starting work to plan the repair and restoration of Toddbrook Reservoir.

The Trust recently announced the appointment of experienced project manager Rob Jowitt to lead a team of experts to prepare a detailed design plan for repairing the damaged dam wall.

Damage was caused to the wall following heavy downpours early last month, sparking the emergency evacuation of the town with fears the dam could burst and flood the town below.

Water has been steadily pumped from the Whaley Bridge reservoir to make it safe as the incident continues to make national headlines.

Working alongside Rob, construction company Kier is now on site to maintain and manage water levels and carry out the repair works to the dam and keep the reservoir secure.

In the first of a series of updates from the reservoir site last Thursday, Rob stated: “I want to reassure everyone living in Whaley Bridge and surrounding areas that the dam wall remains safe, with the reservoir near empty.

“There was a yellow weather warning during the middle weekend in August when 40cm of rain fell.

“However the high powered pumps on site kicked in and continue to do their job by keeping water levels very low.

“Over the past two weeks we have been doing a number of important tasks.

“These include raising the weir level at the inlet structure and moving satellite pumps to the main pumping site.

“Independent experts have been appointed to carry out the investigation into what caused the damage to the dam spillway.

“We’ll keep you up to date and will report back in due course,” he added.