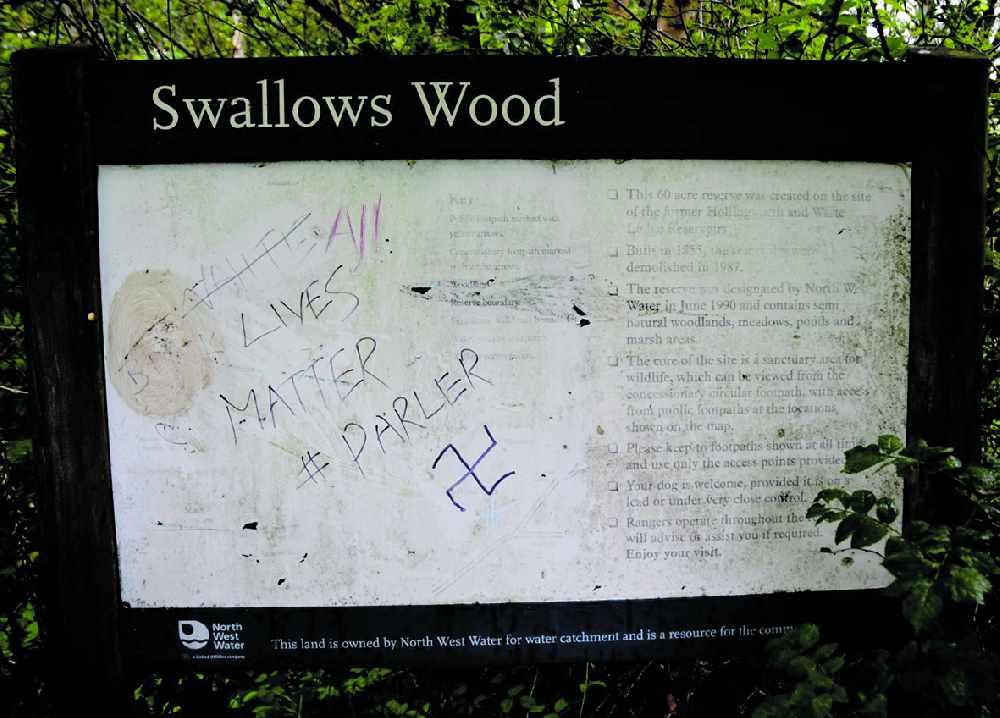 Racist graffiti has been removed from a sign in Tintwistle, thanks to a borough councillor and United Utilities.

Last week, we revealed how High Peak Stand Up To Racism discovered a swastika on an interpretation board in Swallows Wood.

The group contacted Cllr Rob Baker, who this week told the Chronicle how he got the offensive material removed.

Rob said: “It was on United Utilities land so I reported the matter to their area manager and to the local police safer neighbourhood team.

“Tintwistle is a community and we as residents will not tolerate racism in any form, everyone is welcome here.

“The slogan and image daubed on the information board were disgusting and I am thankful to United Utilities for acting so quickly to deal with the issue.”