President of the RBL Chapel branch has died 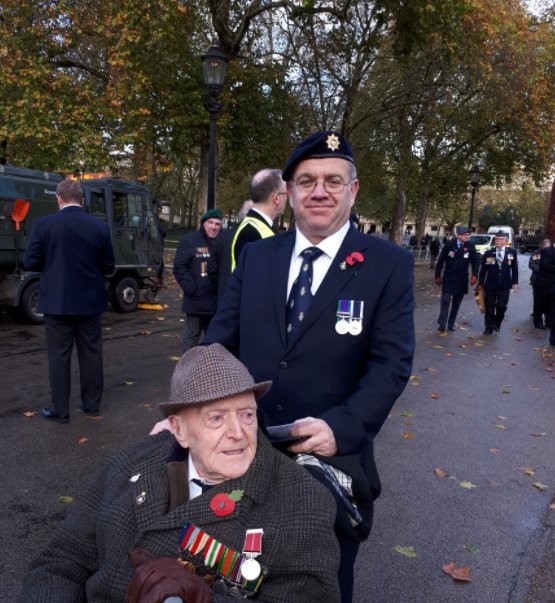 The Chapel branch of the Royal British Legion has announced the death of their branch President, Derek Eley BEM.

The announcement on Facebook, made with permission of this family, stated: “It is with great sorrow we announce the death of our beloved President of The Royal British Legion Branch Mr Derek Eley BEM.

“Derek passed away this morning at the grand old age of 103 years.

“He will be so missed by family, friends and all who knew him.

“Stand down Sir, your duties done, thank you for your service. RIP We Will Remember Them.”

Glossopdale councillor Jean Wharmby said: "So sad to hear of the passing of Mr Derek Eley BEM from Chapel-en-le-Frith.

"Derek would have been 104 years old in November. A really special gentleman. RIP."

Derek was born in Matlock in Derbyshire on 18 November 1917.

He attended New Mills Grammar School leaving in 1933 at the age of 16 to become a cashier at Ferodo, a brake-lining manufacturing company in Chapel-en-le-Frith.

Mr Eley was a staunch supporter of the RBL but the Covid-19 pandemic meant in 2020 for the first time in more than 70 years he wasn’t been able to the collect funds for the Poppy Appeal.

Still keen to raise money for the charity, for his 103rd birthday in November, he asked for people to donate to the RBL and hoped to raise £103, a total of more than £670 was raised.

Mr Eley was an honorary freeman of the town in recognition of his gallant and distinguished service during the Second World War and long service to the Royal British Legion.

He was also a lifelong fan of Derby County Football Club.

The club said in a statement: "Everyone at Derby County Football Club is saddened to learn of the passing of our oldest supporter, Derek Eley.

"Rest in peace, Mr Derby County, and thank you for your incredible support."

On Sunday (15 August), some of the Chapel branch's veterans took on a bike ride to raise funds for The Royal British Legion.

They held a one-minute silence in tribute to Mr Eley and laid a wreath at 9.30am at the War Memorial before setting off at 10am from the Market Place in Chapel.