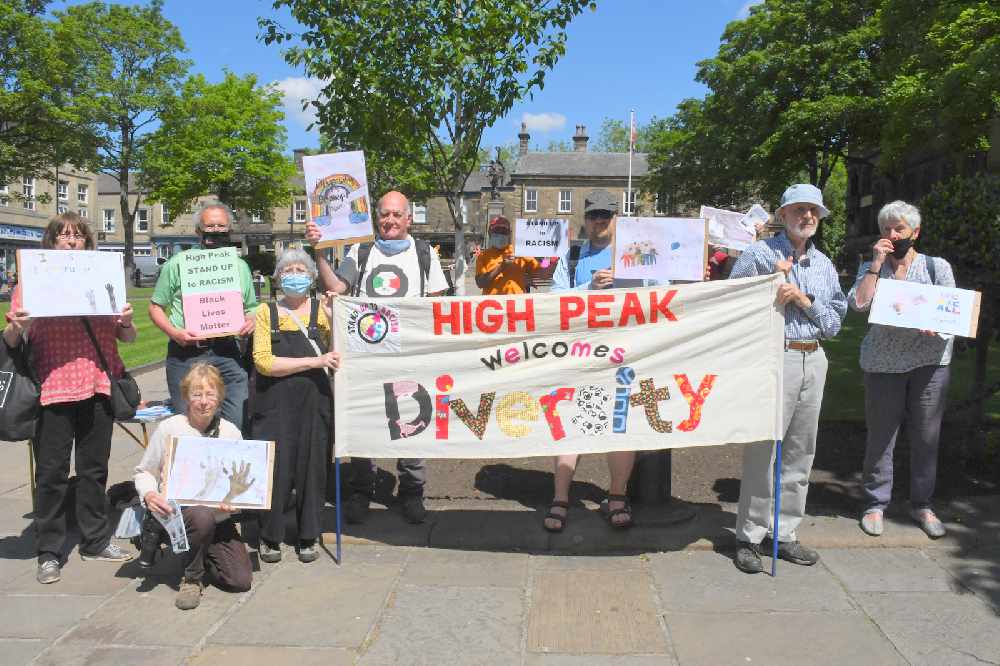 High Peak Stand Up to Racism has said there was lots of interest in the launch of the group's new campaign to welcome diversity in the borough.

A spokesperson for the group said: "Very positive vibes when we launched the 'High Peak Welcomes Diversity' campaign in Glossop. Lots of people showed an interest, took a leaflet and a sticker, and several have signed up to our email list so they can get involved in this and other campaigns."

This week, the group has begun to approach shops and hospitality venues to see if they would like to support the initiative by putting a sticker in their window.

Any High Peak businesses who want to get involved can email highpeakstanduptoracism@gmail.com.

The group's chairperson Gwyneth Francis previously said: "The statement we are asking businesses to endorse is 'We commit to welcoming all, whatever their ethnic and cultural background, religion, sexual orientation, gender identification or disability. We support diversity and inclusion throughout the High Peak'.

"We will start the campaign in Glossop, Hayfield and New Mills but hope to spread the message across the High Peak in the coming months."