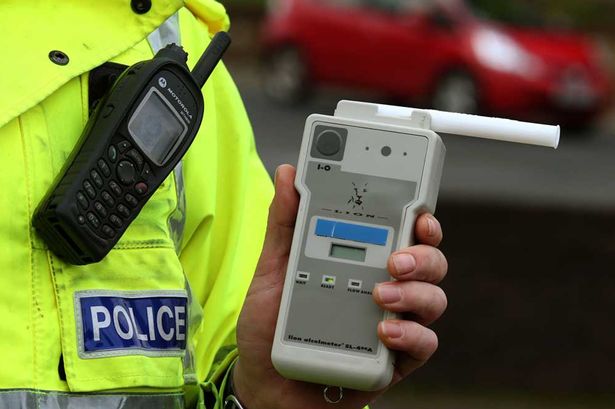 Police officers across Derbyshire will be targeting 'irresponsible and dangerous drivers' as part of a national campaign to raise awareness about the dangers of drug and drink driving.

Derbyshire Constabulary say its officers will be out on patrol 'both targeting and educating' drivers in a bid to 'drive down fatal and serious road traffic collisions and protect vulnerable road users'.

Statistics across the UK show that the number of convictions for drug and drink driving increases every year.

In 2020, there were 674 positive breath tests and 268 drug drivers detected on the roads of Derbyshire.

Already this year, a further 184 drivers tested positive for driving whilst under the influence of alcohol and 99 drivers being found with drugs in their system.

Over the past two years, combined, this has resulted in 216 collisions, where 232 people received slight injuries, 69 individuals were seriously hurt and, sadly, nine people lost their lives.

To raise awareness about the dangers of driving under the influence, the National Police Chief’s Council is promoting a week of activity between 23-29 August.

Sergeant Luke Christian, Derbyshire Roads Policing Unit operational lead, said: “It’s shocking the amount of people who foolishly still take to the roads when under the influence of alcohol or drugs, even knowing the risks involved and assuming they’re above the law.

“Recently, with restrictions lifting, we’ve seen a sharp increase with drink driving in Derbyshire, which is why we decided to include drink driving offences with the national drugs campaign, in an attempt to further educate the public.

“Driving under the influence of alcohol or drugs severely impacts reaction times, concentration and your all-round driving ability - which puts not only yourself at risk, but the lives of other innocent Derbyshire residents.

“Drugs can take days and sometimes weeks to leave your system completely, so, even if you are an occasional user you may still test positive if stopped and face the penalty if found guilty.

“Even prescribed or over-the-counter medications can impact your fitness to drive or ride. It is your responsibility to ensure the medicines and doses you are taking do not affect your driving ability. If you are unsure, consult your doctor, healthcare professional or pharmacist for advice.

“We understand the peer pressure involved sometimes with the younger generation, but if you know someone has been drinking or taking drugs and is about to get behind the wheel, do not get in the car, try and stop them from doing so and if they are adamant to do so, please report it to us. You might save their life.”

The penalty for drink or drug driving is a minimum one-year driving ban, an unlimited fine, up to six months in prison and a criminal record. The conviction will remain on your driving licence for 11 years.

The penalty for causing death by dangerous driving under the influence, currently stands at a prison sentence of up to 14 years.