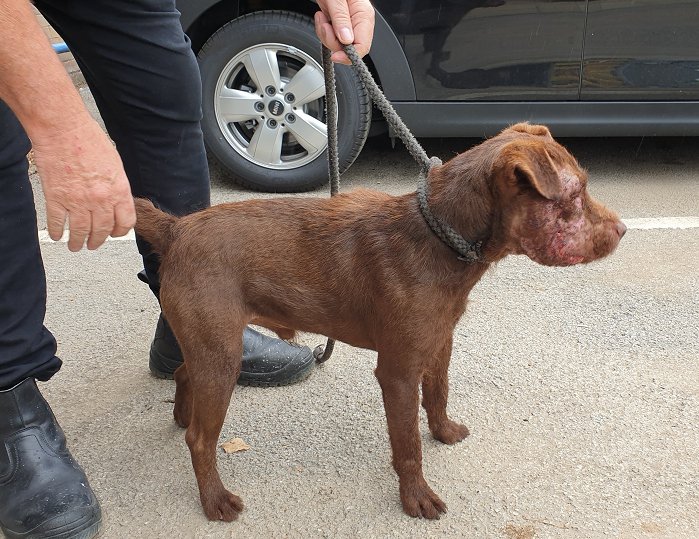 A Patterdale terrier type dog was left with substantial facial injuries after it was put into a badger sett to fight during an incident in Chinley.

Derbyshire Constabulary's Wildlife Officer posted graphic photos of the poor dog to Facebook alongside an appeal.

The incident happened on the morning of Sunday the 15th of September, when two males were spotted digging at an Active Badger Sett.

They were challenged twice by the land-owner and made off, leaving the area in a silver or grey large 4x4 Crew Cab type vehicle with a grey rear load bed canopy.

The dog, which had been left behind with horrific injuries, was taken straight to the vets by police.

It is thought that the dog had been put into the Sett to fight with the badger, as the males dug down to them.

Police added: "This is a cruel and barbaric act by the owners of the dog, both against the dog and the badgers in the name of pleasure.

"If anyone has any information about someone they know that had a dog like in the images but no longer has it after Sunday, please call 101 and ask to speak to the Officer in the case Pc 2581 of the Rural Crime Team, or quote Ref 19*492943. Or call CrimeStoppers asking for the info to be passed to the above." 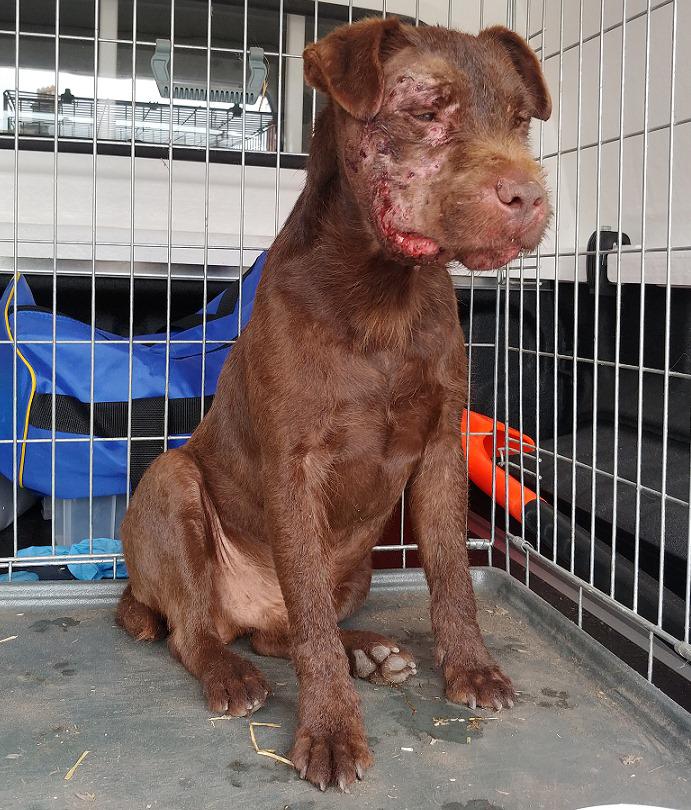