A major plan to permanently restore Toddbrook Reservoir in Whaley Bridge, which could cost up to £16 million, has been revealed.

The Canal and River Trust, which owns the reservoir, has laid out its plan which features the construction of:

They say it will then allow them to de-commission the existing auxiliary spillway, and grass over the reservoir dam, as well as filling sections of the existing bywash channel to return as usable space.

It was chosen from two options which were put to the public in a consultation last year. 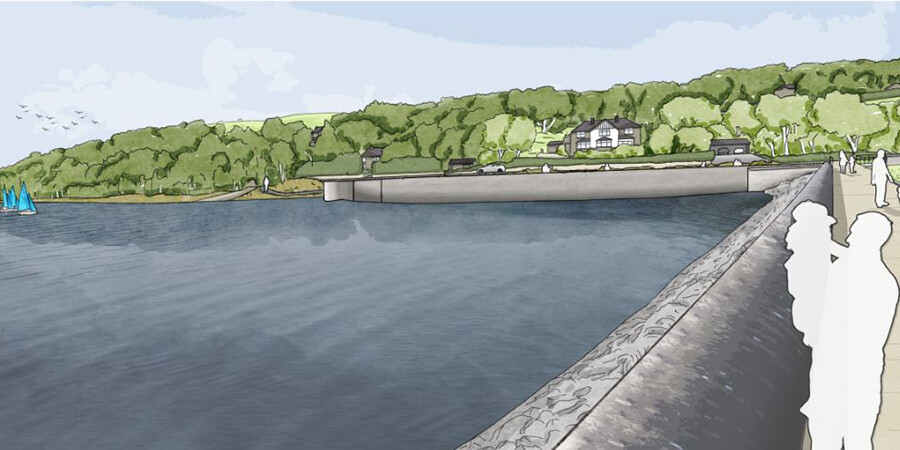 An artist's impression looking across the dam towards the new side channel weir. Credit: The Canal and River Trust.

"The permanent repair design has been shaped by local feedback and guided by modern engineering best practice.

"The new spillway will unfortunately require the relocation of the Sailing Club's clubhouse and slipway.

"We appreciate this will have a substantial impact on the club but we are committed to working with them to ensure we provide suitable replacement buildings, boat storage and slipway to support their continued use and enjoyment of the reservoir once the project is complete."

A huge emergency operation was launched and over 1,500 people were ordered to evacuate the town in August 2019 when damage to the spillway was first discovered during a period of heavy rainfall, amid fears the 183-year-old dam would fully collapse and threaten the lives of residents.

An independent report issued in March last year by Professor David Balmforth, the government’s reviewer of reservoir safety, concluded that a combination of poor design and intermittent maintenance led to the partial collapse of the reservoir’s spillway. The government accepted the recommendations put forward.

Toddbrook Reservoir normally provides just over a third of the water supply needed to keep the Peak Forest and Macclesfield canals operational but it has been out of action since the summer of 2019.

A temporary phase of repairs took place last year during the coronavirus lockdown to make the damaged spillway safe.

The River Goyt was put under extreme pressure as a result when Storm Christoph hit back in January.

A public consultation - likely to be online - will be launched in the spring and, subject to receiving planning permission from High Peak Borough Council, the two-year project will start at the end of 2021. 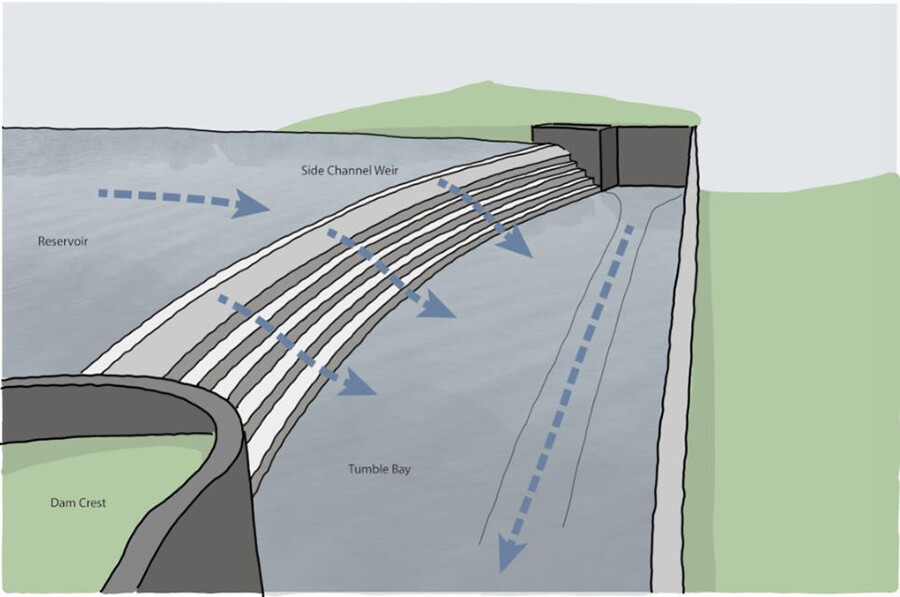 An artist's impression of the 'tumble bay'. Credit: The Canal and River Trust.

Toddbrook is then expected to be fully re-open to the public by early 2024.

High volume pumps will remain in the reservoir to manage water levels until the end of the restoration project.

The Canal and River Trust say it is continuing to develop its proposals, particularly in regards to key local areas and facilities such as the play area of the park and Toddbrook Sailing Club. During the repairs, access will continue along Reservoir Road.

But concerns have been raised by Whaley Bridge residents about the significant disruption the project will cause.

High Peak MP Robert Largan said: "My priority is to work with the Canal & River Trust and local residents to reduce the disruption and impact of the restoration works.

“I’m also determined to make sure we don’t just restore the reservoir but improve it, with a legacy that future generations of Whaley Bridge residents can enjoy.

“That’s why I’m pushing for both a circular path around the reservoir and a hydro renewable energy scheme if possible.”

Mr Greenhalgh added: “We know there is going to be noise and more vehicles but the people of Whaley Bridge have been so understanding with the work and we hope their patience will extend while we complete these repairs.”

People can find out more about the plan at https://canalrivertrust.org.uk/about-us/where-we-work/north-west/restoring-toddbrook-reservoir and watch a video at the top of the page. 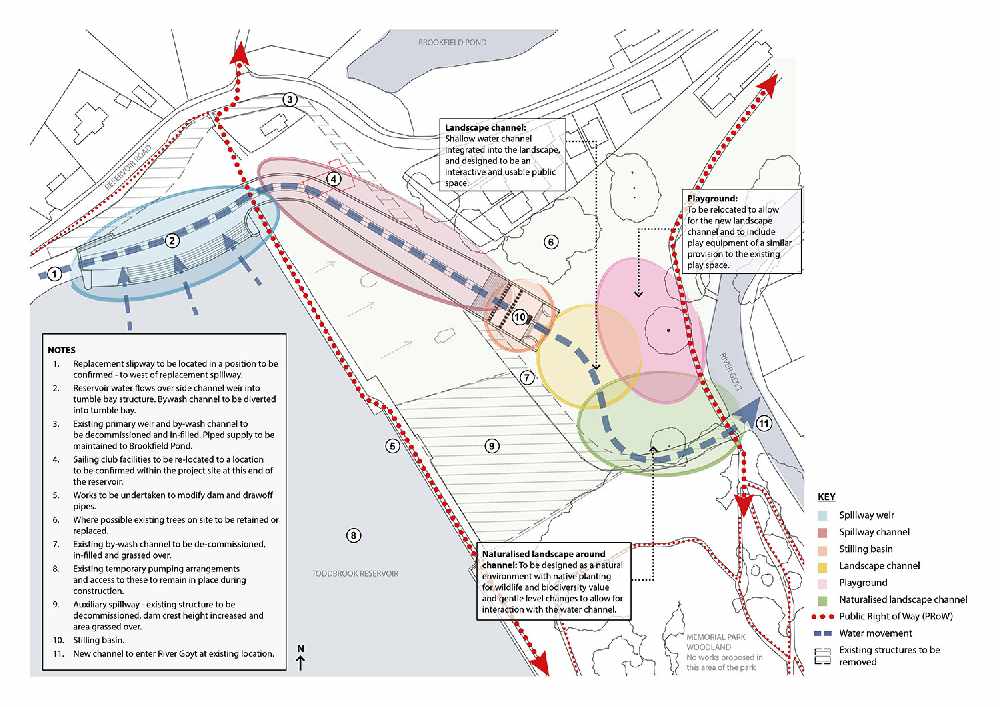 An artist's impression view from Memorial Park in Whaley Bridge. Credit: The Canal and River Trust.