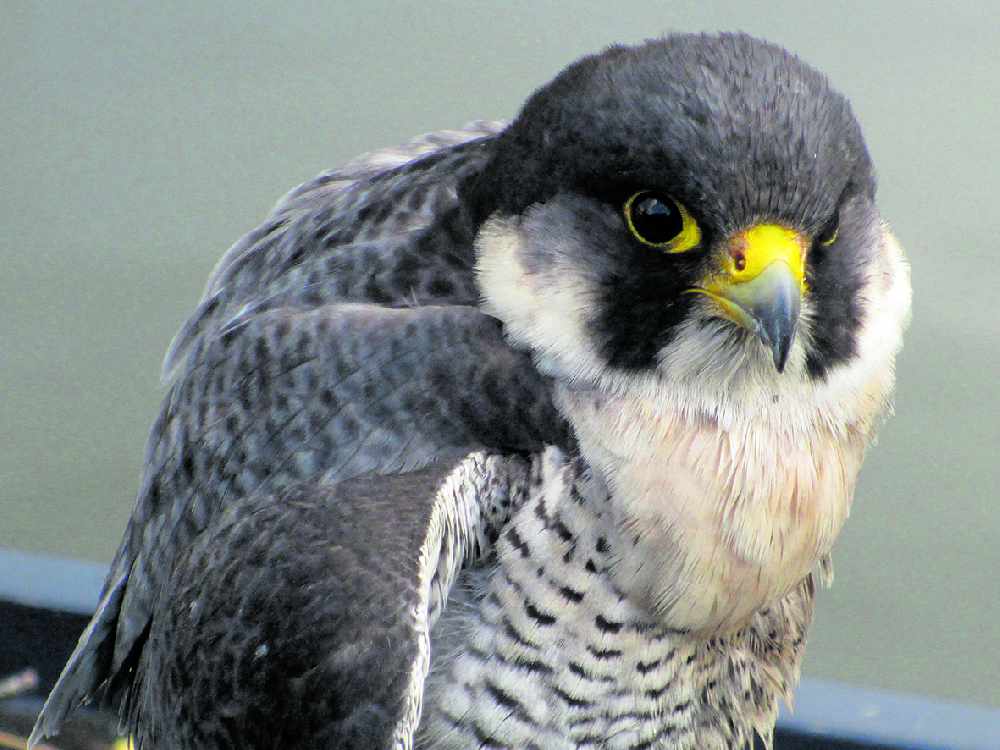 A pair of breeding peregrine falcons have been discovered in the area and bird experts are putting it down to Covid-19.

Ornithologists refuse to give the exact location, only saying it is ‘on the High Peak moors’.

Parents and two chicks are doing fine in what signals the most successful breeding season in High Peak since conservation project began.

“Identifying a new breeding pair along with two healthy chicks is very promising for their future in this area.

“While the location is remote, it is not where we’d expect to find a nest.

“We think they may have chosen the site partly because of the lack of disturbance earlier in the year during lockdown when wildlife had the place to themselves. Together with our partners from the local Raptor Monitoring Group and our tenants, we’re doing everything we can to keep them safe.”

Kait says it’s vital anyone  who comes across the sites keep their distance at this key time in the chicks’ development.

If the parents are disturbed, they may not return to feed the chicks who will die.

The find takes the total number of successful breeding pairs in the national park to six, double the average since the Peak District Bird of Prey Initiative began reporting in 2012.

This year three pairs have bred successfully on land owned by the National Trust, with a fourth pair breeding on land close by.

At the time they were discovered, the chicks were estimated to be around 25 days old and doing well. It’s hoped they will continue to thrive and help to increase the numbers of the raptor.

Volunteers from the Peak District Raptor Monitoring Group found the nest on land cared for by the National Trust. Working in partnership with the Trust, and licenced by the British Trust for Ornithology and Natural England, the PDRMG volunteers have ringed the birds so they can be monitored in the future.

The National Trust is encouraging all visitors to the Peak District to play their part in looking after this special environment which is home to so many species of wildlife.

Kait added: “Everyone can help to look after wildlife, It’s pretty simple really, we ask people to please stick to paths, avoid making fires or using barbecues and keep their dogs on a short lead. As these chicks show, you never know what you’ll find around the corner.”

To find out more about the National Trust’s Vision for the High Peak Moors, visit www.nationaltrust.org.uk/the-high-peak-moors-vision.