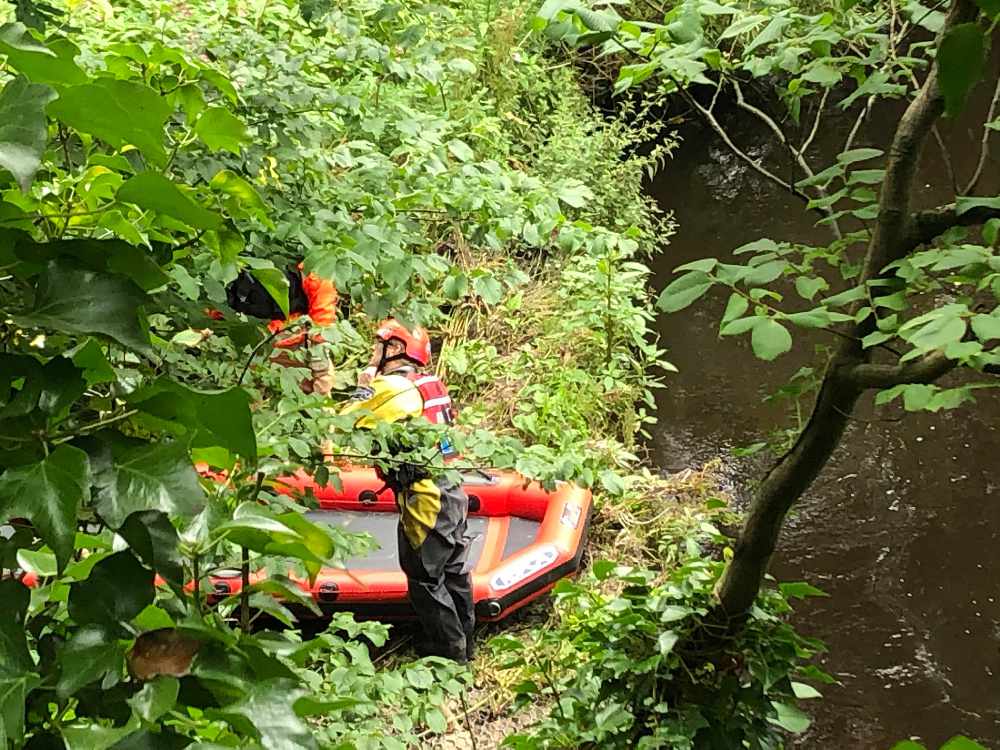 An owl was rescued after becoming completely stuck dangling in a tree by a discarded fishing line.

The fishing litter had caught around the owl's wing and meant it was tied to the tree and dangling over a river, unable to fly away.

The RSPCA was contacted by Marple Fire and Rescue Service and they were assisted by a tree surgeon from Myers Tree Care who happened to be driving past at the time.

The tree surgeon cut down parts of the tree whilst RSPCA officer Steve Wickham stationed himself on a raft in the water so that he could catch the owl below.

He said: "The poor owl had his wing caught in the fishing line and was relentlessly trying to fly away and not getting anywhere. He was dangling about 20ft in the air and directly over the river which made it very tricky to reach the poor bird. Thankfully, the tree surgeon was able to cut down some of the branches to reach the owl and when the owl broke free of the tree it flew into the middle of the river. I swam out into the river and managed to catch him.

"He had a wound under his wing where the fishing line had been digging in, so I took him to RSPCA Stapeley Wildlife Centre in Cheshire for care where they stitched up the wound. Thankfully, the wing wasn’t broken so he is now being rehabilitated at the centre and will later be released back into the wild."

Steve added: "This is a reminder of how damaging discarded fishing litter can be for wildlife. The majority of anglers do dispose of their litter properly and it is frustrating that those who don’t possibly don’t realise how dangerous it is to animals." 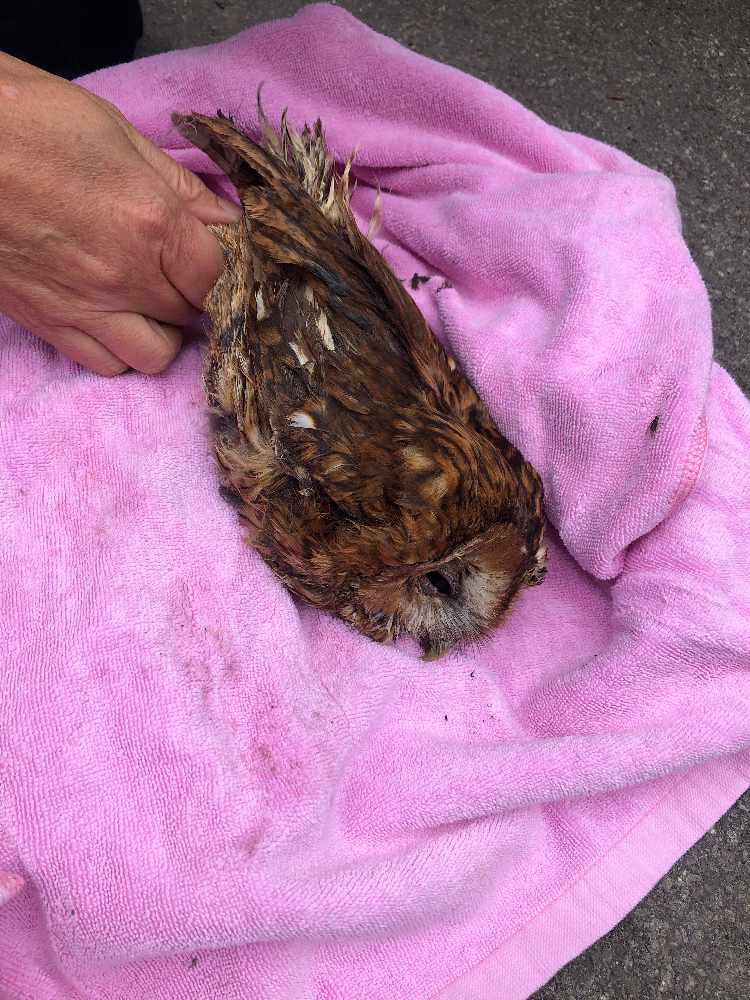 It happened on Tuesday 14 July on Vale Road in Stockport.

This latest incident comes as the RSPCA highlights a huge rise in the number of animals injured by fishing litter this summer - with a 48 per cent increase between May and June this year.

The charity suspects that the easing of lockdown put in place by the pandemic, along with a spell of good weather, has seen a rise in people taking up outdoor activities such as fishing, causing an excess of discarded angling litter.

The RSPCA says it received 393 calls about fishing litter across England and Wales since the beginning of the year, with 97 per cent of those calls made between May, June and July.

In the hope of preventing future casualties, those who enjoy fishing are being reminded of the dangers that are posed to wildlife from discarded equipment and encouraged to follow the Angling Trust’s Take 5 campaign and make use of the Anglers National Line Recycling Scheme to dispose of their waste tackle and line. For more information, visit https://www.rspca.org.uk/adviceandwelfare/litter/fishing.

To help the RSPCA keep rescuing animals like these and keep animal hospitals and centres running for emergency treatment and round the clock care through these unprecedented times, people are asked to donate whatever they can spare by visiting www.rspca.org.uk/covi.