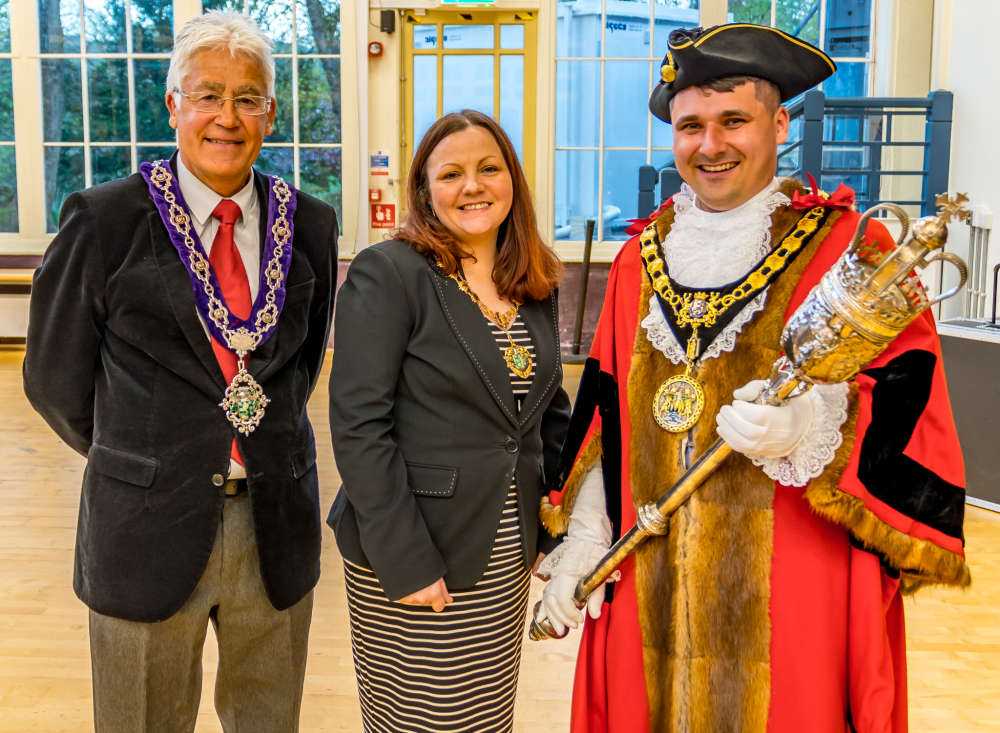 After carrying out the role of Deputy Mayor for the past 12 months, he took over from Councillor Paul Hardy at a meeting of High Peak Borough Council on Thursday evening (5 May).

He said: “I'm delighted and honoured to accept this nomination and I'm looking forward to carrying out my duties over the next year.

“I can't wait to meet plenty of folk from across the High Peak at these events, and who knows, I might even be able to fit in a litter pick between engagements.

“I'm also pleased to announce that my lovely wife Gill has agreed to be Mayoress, even after I told her what it would entail.” 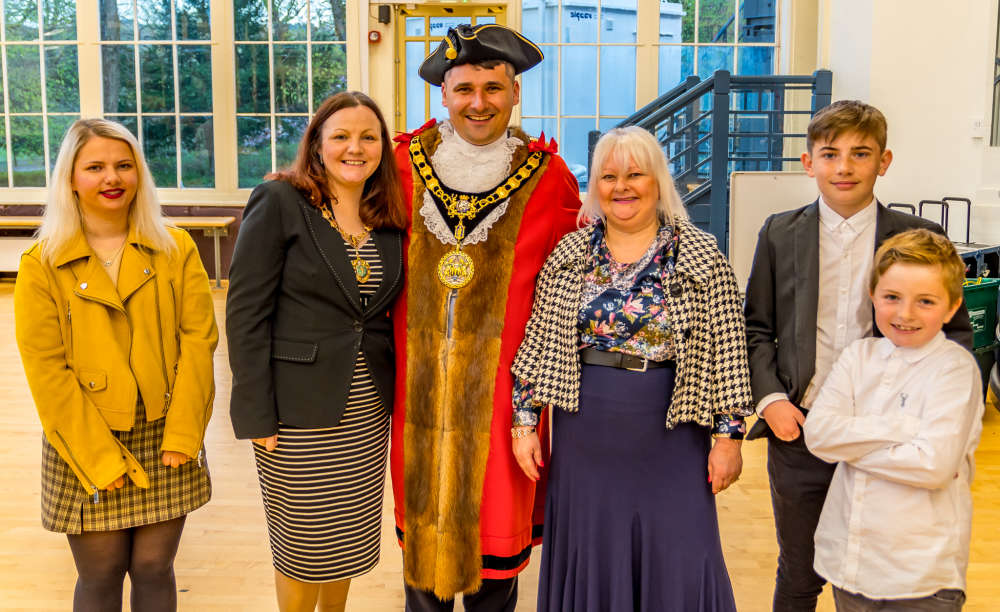 New Mayor and Mayoress of High Peak Ollie and Gill Cross along with Ollie's mum Jill, Tyler, James and Tamara.

The new mayor has also revealed that The Hummingbird Project, High Peak Community Arts and Glossopdale Foodbank will be his mayoral charities this year.

Cllr Cross paid tribute to his predecessor, saying: “I extend my thanks and congratulations to Cllr Paul Hardy for his year as Mayor and the guidance he has offered me.

“He has been an excellent servant for the High Peak and is a credit to our borough.”

For outgoing mayor and mayoress Councillor Paul Hardy and his wife Mary, it has been a very busy 12 months which saw them complete over 115 appointments across the High Peak and beyond. 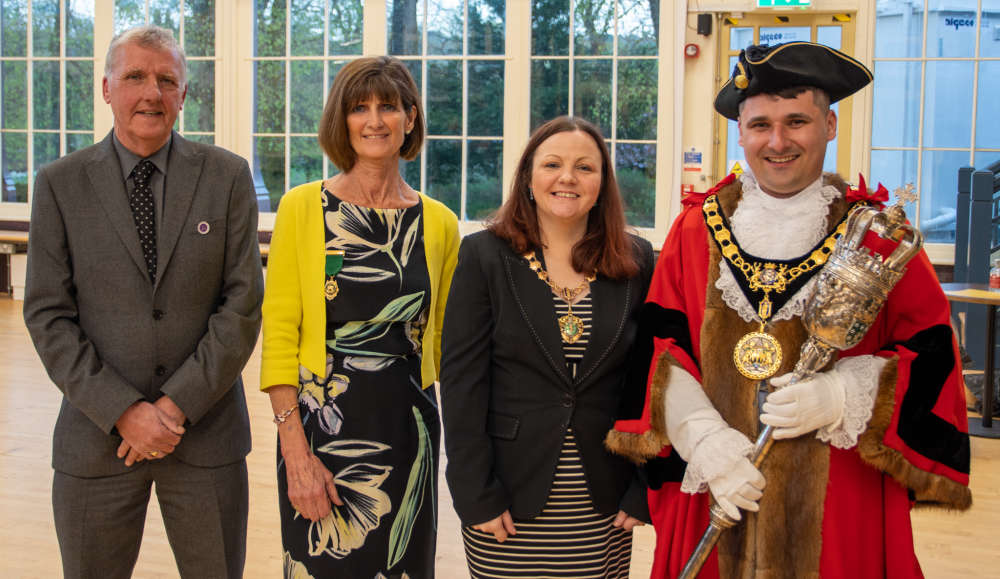 The mayor’s charity appeal raised £13,300 for 16 charities. The main recipients were Glossop Mountain Rescue, The Partington Theatre and The Thomas Theyer Foundation.

Cllr Hardy said: “It's been an honour and privilege to serve the High Peak as Mayor and Mayoress for the past 12 months.”

He thanked all the businesses for their support and all those who attended the various fundraising events held.