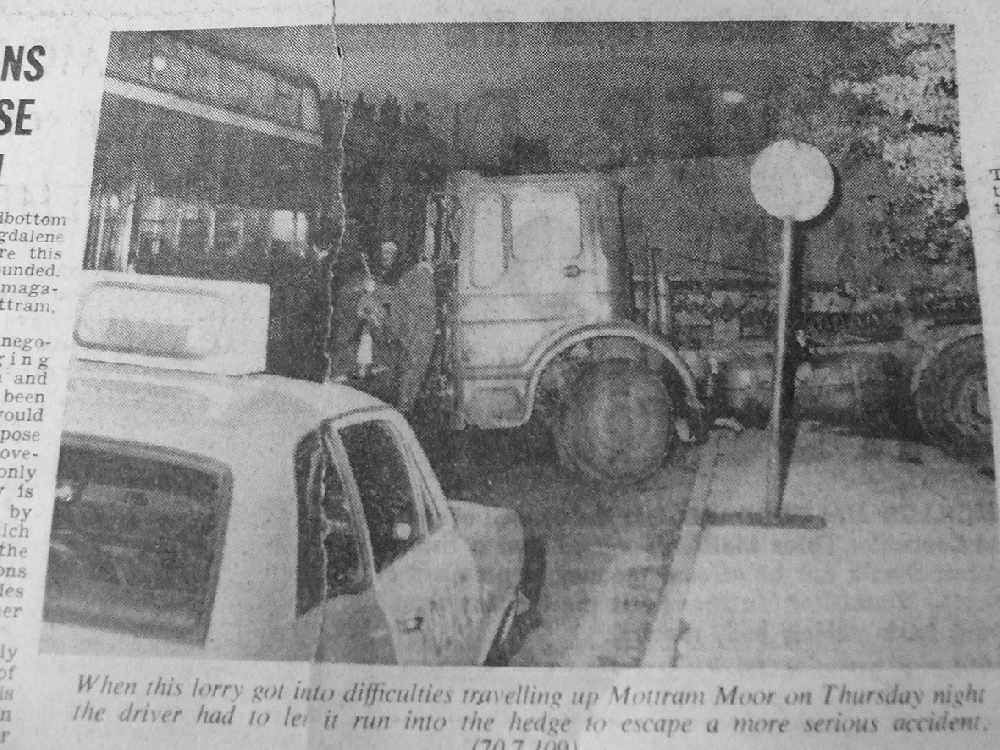 The Ministry of Transport wanted to widen Mottram Moor 50 years ago to cope with the 29,000 vehicles a day that used it.

They were talking about taking a chunk of Wedneshough Green to do it.

Longdendale Council was against it, saying that the only way to ease traffic problems was the bypass.

Chairman Cllr D Green commented: “I don’t see what they hope to gain by this widening.”

Colleagues agreed, saying the answer to relieving congestion in Mottram, Hollingworth and Tintwistle, was a relief road and they decided to fight the proposals.

Fast forward 50 years and things are much, much worse.