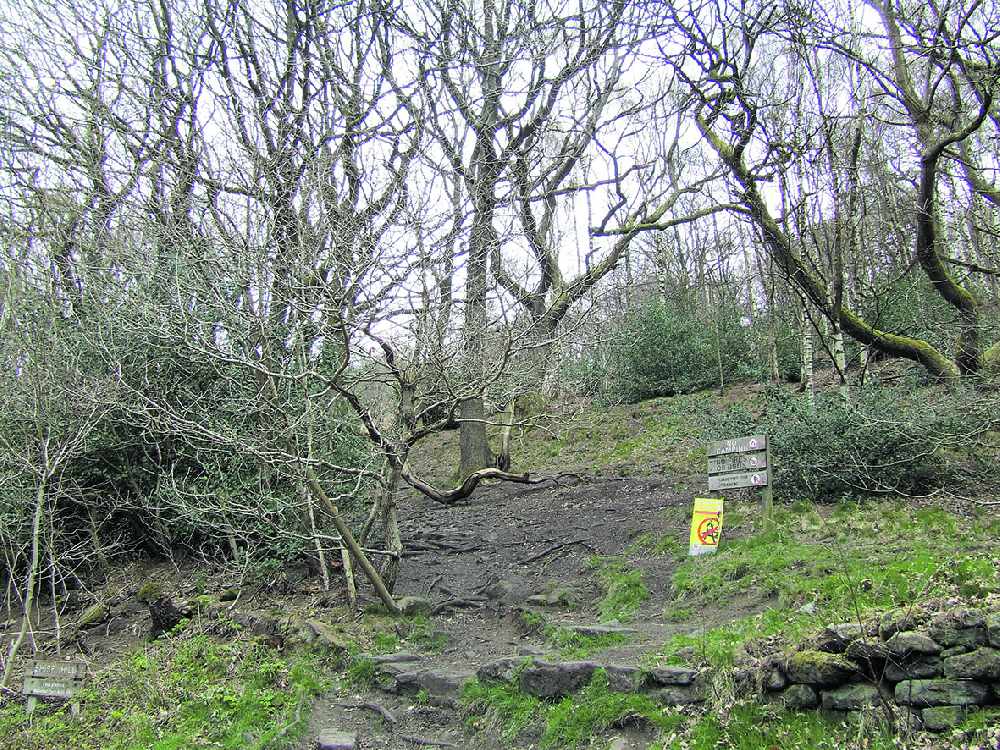 Decades after the end of the Second World War, walkers would often stumble across dangerous remains.

One rambler, in Shire Hill Woods in the 1980s, came across a piece of rusty metal which he thought was an old tin can.

On further examination he saw a couple of what looked like fins sticking out of the ground and suddenly realised it might be a bomb.

He contacted Glossop police station reporting what he had found. Minutes later he was on his way in a police car to the woods at the back of Queens Drive, Glossop.

It turned out to be a kind of training shell used by the Home Guard to provide a bit of war time realism and not knowing if it was still ‘live’ Glossop police contacted  the bomb squad.

It turned out to be an unexploded shell which was subsequently surrounded by sand-filled bags and detonated by a controlled explosion. There can’t have been too much explosive in it, as it went off with a muffled bang.

We ran the story in the Chronicle with a warning to anyone walking in woods to be careful, as it may not have been the only weapon of war left behind.

DISCOVERY: An unexploded shell was found in Shire Hill Woods.