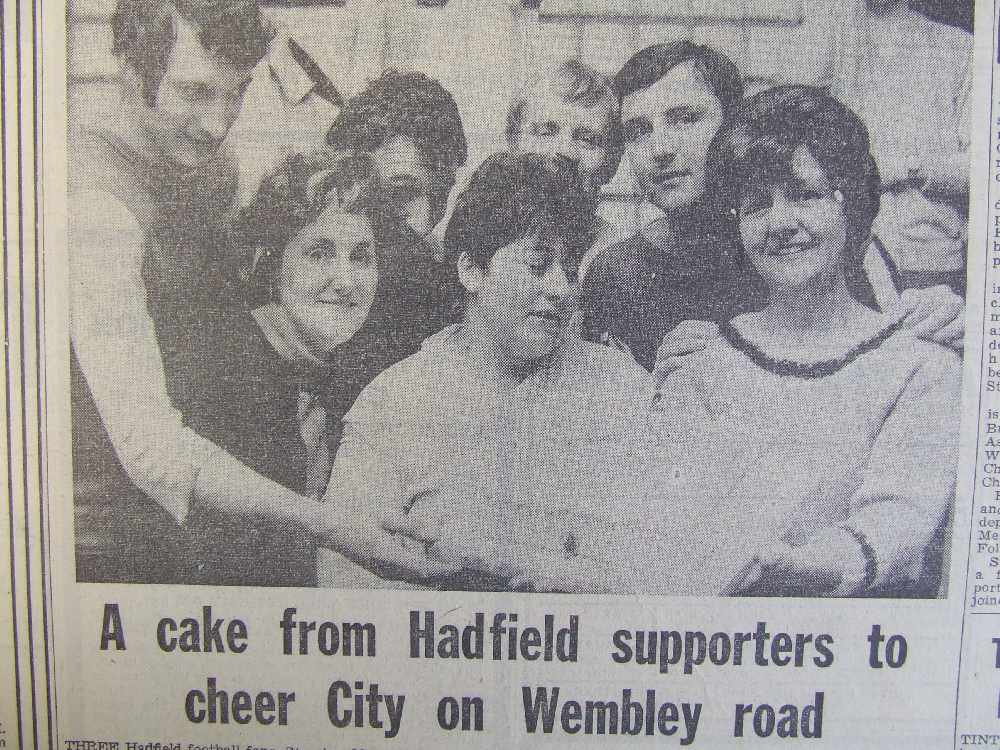 Manchester City stars took a break from training to meet three of their biggest fans in the Maine Road dressing room.

So they had a cake made in the shape of a football field in City’s colours made by Glossop town centre bakers Ward’s and headed off to the ground.

Peggy said: "The players were glad to get our present and our wishes for Wembley,

"They talked about giving the cake to a hospital, but I think young (Lee) Bowyer had a slice. Anyway it must have done him good because he scored a goal against Arsenal later that night."