Nostalgia: Plans to shake up the county lines 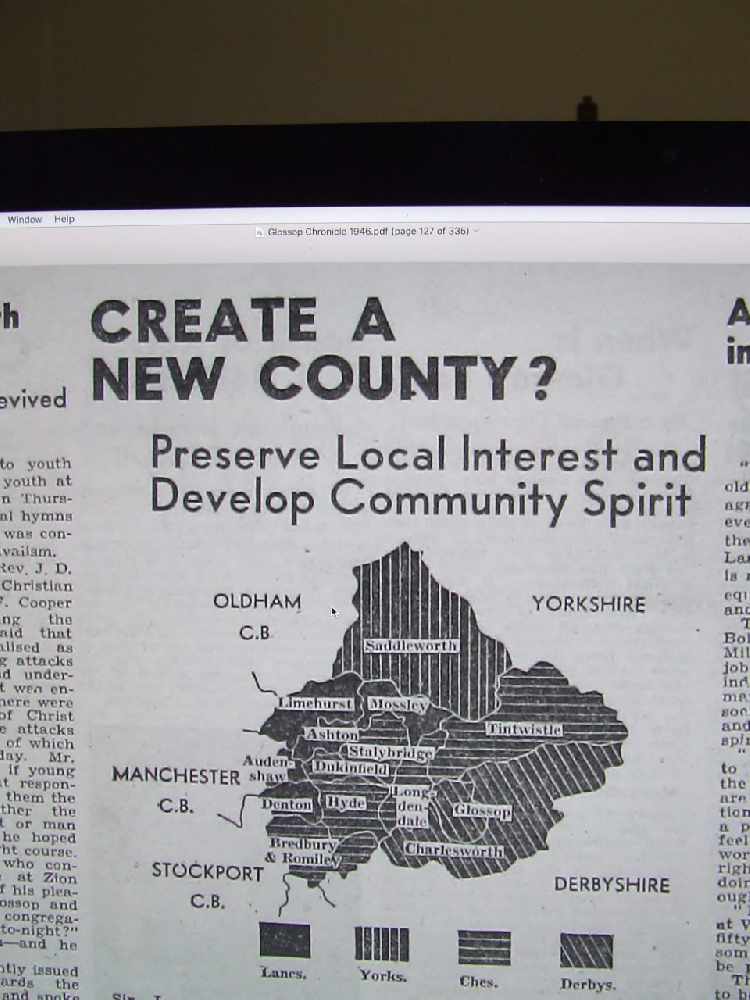 In 1946, the government was planning a nationwide network of county boroughs - and Glossop was being linked with towns and villages in Cheshire, Yorkshire, Lancashire and Yorkshire.

The Second World War was over and councils were in contention for a carve-up.

Had it been, Glossop could have been in a county borough with all the places that now comprise Tameside MBC, plus Saddleworth, Bredbury and Romiley.

An amalgam of four counties, plus Derbyshire, with no real links except they shared boundaries and rubbed shoulders with each other.

It’s said that Glossop Town Council were in favour of the county lines disappearing as far as local government administration was concerned.

However the same could not be said  for other Glossopdale councils who were totally opposed at what they saw as a loss of  identity.

Glossop Council put the idea to them all and it is claimed Charlesworth were ‘hostile’.

So it never happened. But in the mid-1960s reforms did come in and the political map of England would never be the same again.

ALL MAPPED OUT: The map of the proposed new county in 1946.