Nostalgia: Joining in all the fun of the festival 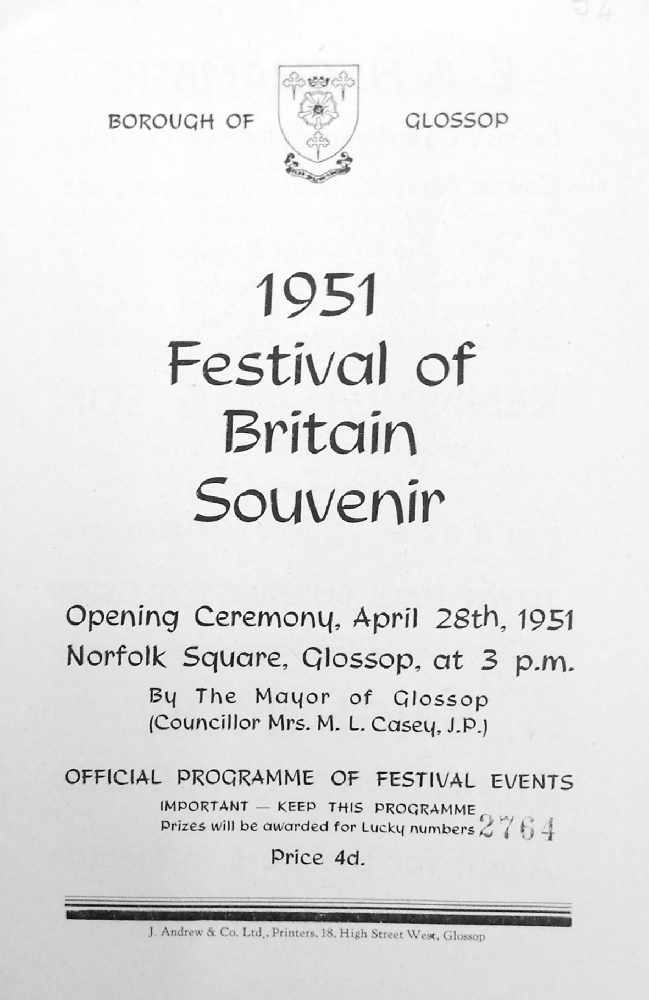 The celebration of everything that was good about Britain was marked by a national event in 1951 and Glossop was playing its part.

Our country had just come out of six years of war and it was slowly beginning to re-build.

The government wanted to show the world that Great Britain was great again.

So it held a ‘Festival of Britain’.

It opened with a ceremony on Norfolk Square, followed by a festival dance in the Victoria Hall.

It closed with a pageant by Kingsmoor School called ‘Wisdom to Immortality’.

In between was a whole range of events for Glossopdale people to enjoy.

Glossop Chamber of Trade and Glossop and District Co-operative Society held a ‘Shopping Week’ which saw competitions for prizes.

Sports clubs and churches, schools and organisations all played a part.

Next week we will reveal just what.