Nostalgia: Having a ball 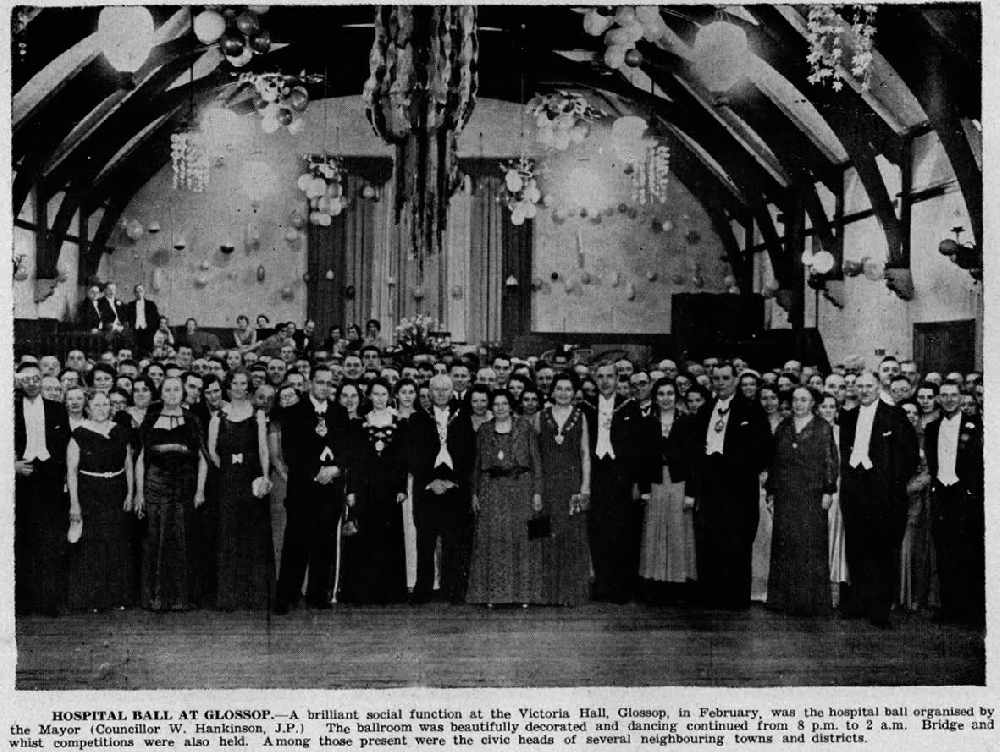 We believe the picture was taken prior to the Second World War, and the caption tells us it was a ‘hospital ball’ organised by the then Mayor of Glossop, Cllr W Hankinson.

Such dances were common in those days. Glossop had two hospitals back then; Wood’s, now the home of Reuben’s Retreat and Partington, later turned into apartments.

They were given, respectively,  by the mill-owning Wood and Partington families. Cash was needed to run them, hence the fund raising dances.

The ball was attended by civic heads from neighbouring towns.