For six glorious years Namibian boxer Ali Nuumbembe was arguably Glossop’s best known sportsman and could have brought a world title to his adopted town.

Nicknamed the ‘Silent Assassin,’  Ali lived in a caravan behind the Beehive pub on Hague Street, which was owned by his agent and good friend Chad Parker.

Ali was regularly seen training on the steep roads around Glossop and as his popularity grew - so did his army of fans who travelled miles to see him fight.

It’s fair to say that the young Namibian soldier had never heard of Glossop when he represented his country in the 2000 Olympic Games and the 2002 Commonwealth Games in Manchester, in which he won a bronze medal.

But his life made a major turn-around when the Namibian boxing team’s kit went missing, possibly stolen while at the games.

It was replaced by Chad, who, with fellow boxing fan Dr Guy Wilkinson from Manor House Surgery, made it possible for Ali to turn professional and live in Glossop. 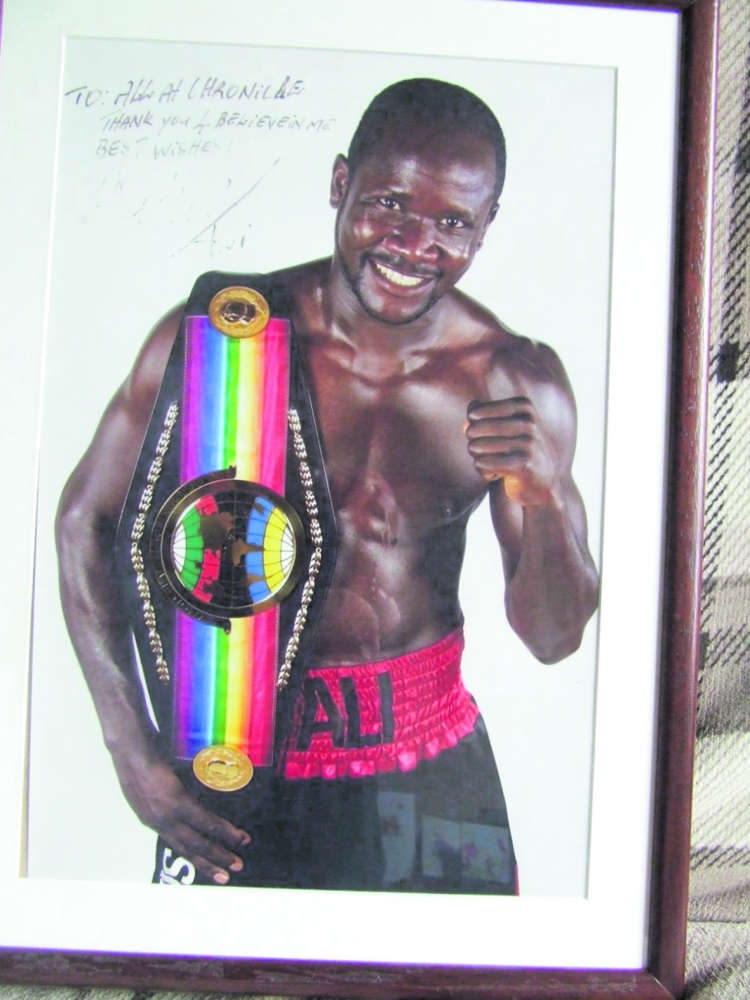 They liked him and his burning ambition and the Glossop story had started.

Captain Nuumbembe was given a long leave of absence from the Namibian Army to chase his new dream.

Ali’s first pro-fight was in Nottingham at the city’s ice rink, which staged major shows.

A coach packed with fans travelled to watch the fight which he won and it went on to become a familiar pattern as Ali climbed the rankings.

He drew in a fight with David Barnes for the WBO Continental welterweight title, then beat Kevin Anderson to become Commonwealth champion. The world was at his feet.

There was talk of a world title fight, but the hope was dashed when he lost his Commonwealth title and in 2010 Ali returned home to resume his career in the Amy.

At one fight, a journalist hearing a couple of hundred fans cheering when Ali entered, the ring asked me: “Why is a fighter from Africa so popular in Glossop?”

I said something on the lines of: “He loves Glossop and Glossop people love him.”

And judging the response from Glossop fans on Facebook when his birthday comes up, they still do.