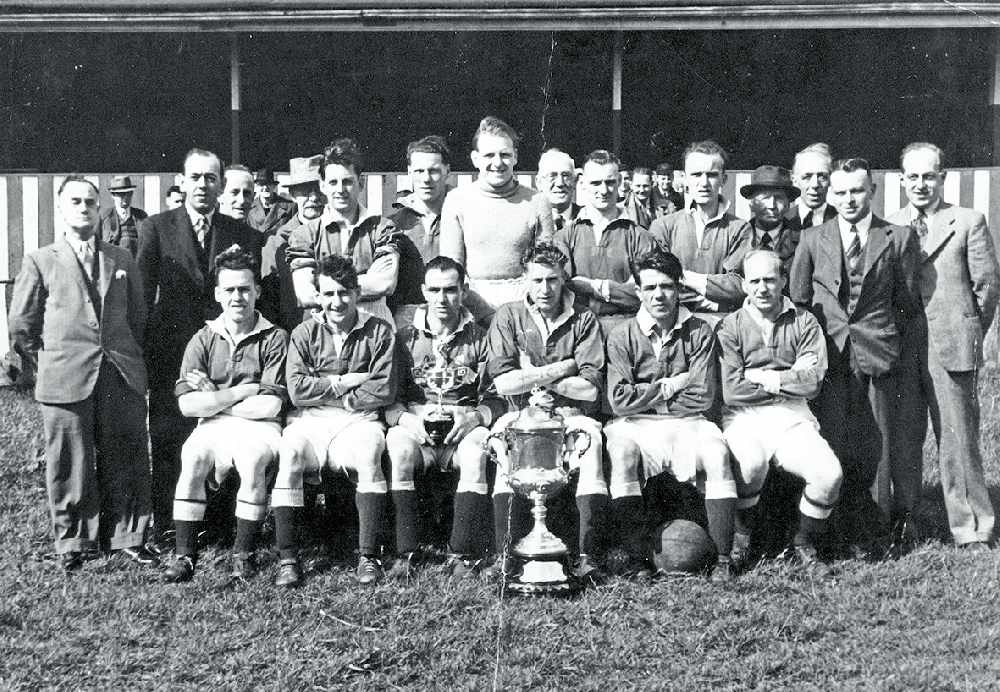 Glossop FC were riding high in the Manchester League 75 years ago and fans were talking about taking the title.

But they probably had second thoughts when Manchester City A arrived at North Road.

The Sky Blues were sitting mid-table, the early Hillmen were third, just a few points behind leaders Mosley Common and second-placed Tyldsley United. City however fielded a strong team and cruised to a 3-0 win.

Seven days later Glossop played another Football League club’s third team, although Stockport County A were a bit different to City. Glossop cruised to a 6-2 win against a team sitting solidly at the  foot of the table.

Bury A and Oldham Athletic A also had sides in the Manchester League, all playing alongside the likes of ICI Alkali, Newton Heath Loco, Ashton National, Manchester University and Audenshaw United.

City and United didn’t dominate the Manchester League in the 1940s - with players fighting in the Second World War, it was difficult to field settled teams.

But they more than made their mark a decade later, often hitting 14 and 15 goals against opponents and dominating the division.

In a match against Glossop, who had moved to play at Water Lane, Hollingworth, Manchester City fielded several up and coming  players who become stars - one being England goalkeeper Frank Swift.

Glossop did not win the league in 1946, but they did bring some silverware to town, winning the Gilgryst Cup.

CHAMPIONS: Glossop FC with the Gilgryst Cup which they won at Ewen Fields in 1946.