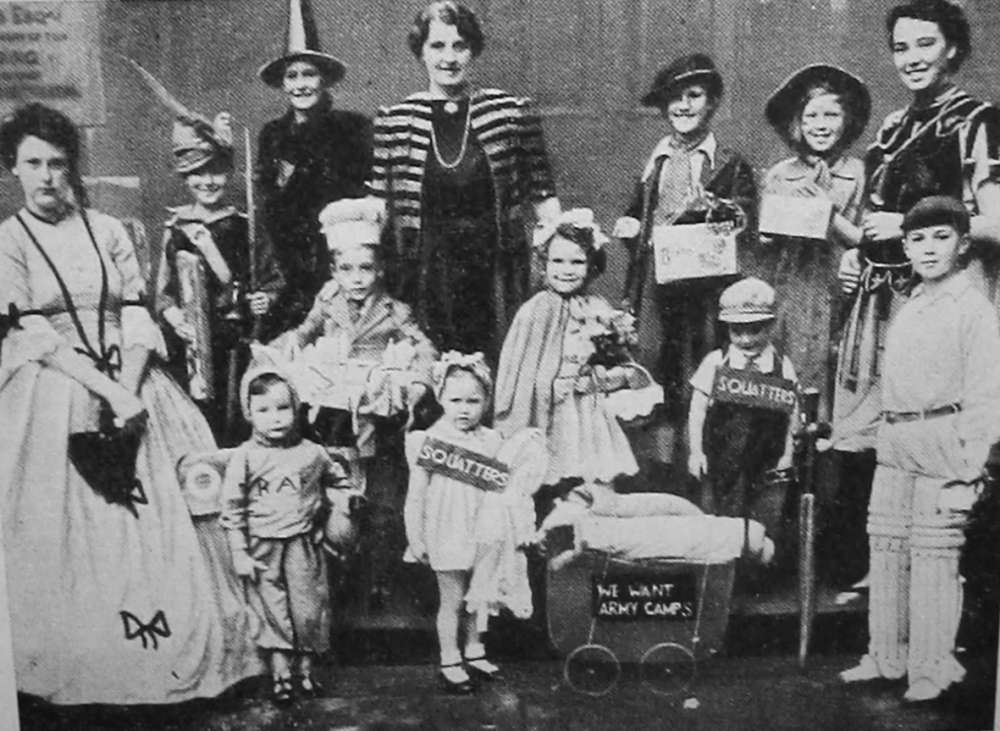 You would hardly expect anyone dressed as squatters to turn up at a fancy dress parade now.

But two Glossop children did - pushing their belongings in a pram with the sign We Want Army Camps - and they were amongst the prize-winners.

More than 200 children entered the competition held at Victoria Hall, Glossop, in October, 1946.

What was described as a fancy dress ball was organised by Glossop’s Mayoress Mrs Hadfield to raise funds for Wood’s Hospital,  Glossop.

Unfortunately none on the winners were named and there was no clue given as to why the ‘squatters’ should have the ‘army camp’ slogan on the pram.

Maybe it was some kind of political statement.

If you know, or can name any of the children in our picture, please let us know.