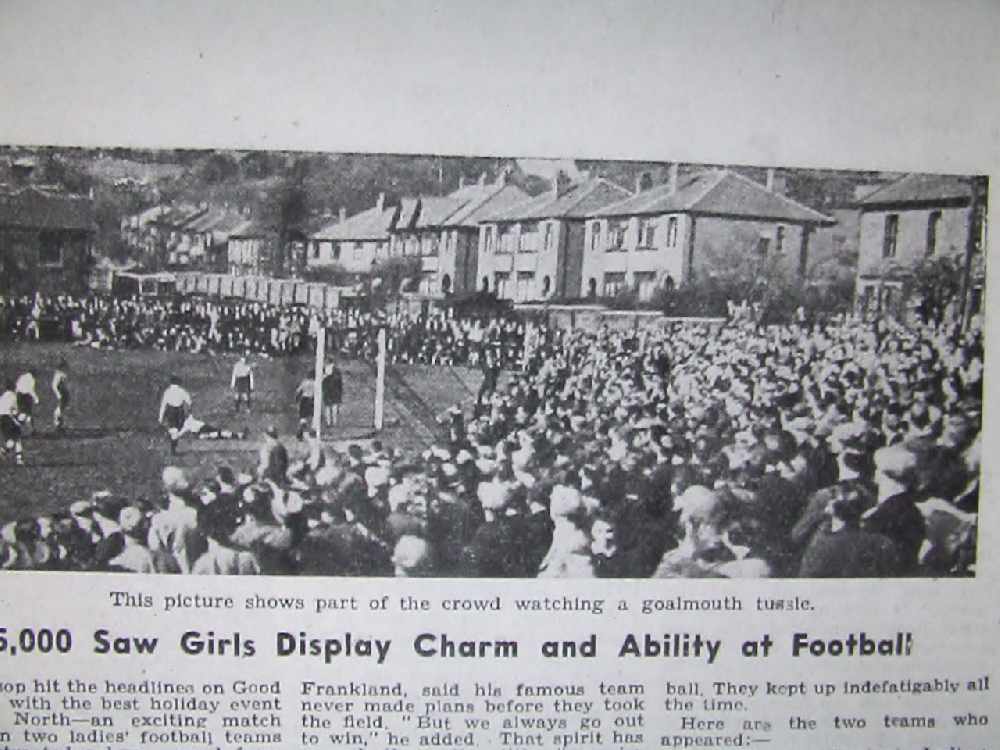 It was the biggest crowd at North Road for around 50 years when Glossop played the likes of Arsenal, Chelsea and Preston North End in their only ever season in the First Division.

An estimated 5,000 people - many coming from Manchester, Hyde and Ashton - piled through the turnstiles and packed the ground for a Good Friday 1946 football match that fans had been looking forward to for weeks.

The famous Dick Kerr’s Ladies FC - then the world’s foremost female football team - were in town.

True football fans, plus the curious who were there to watch Glossop’s first ever women’s game of football, were not disappointed.

Dick Kerr’s Ladies, captained by Lily Parr, who was the country’s best known female player, beat Lancaster County Ladies FC 3-1 in a match described as slower than the men’s game, but rich in craft.

Both sides arrived at the ground in a ‘gaily decorated charabanc’ to be welcomed by the Mayor Cllr H Hadfield, with Glossop FC presenting the captains with baskets of fruit.

On a warm and sunny day the teams were greeted by fans, many of who had walked to the ground from Mottram and Hollingworth, as the buses into Glossop were already full of people travelling to the game.

Forty-five minutes before the three o’clock kick-off, the stands were packed and there was a huge cheer as the teams ran onto the pitch as Glossop Military Band played ‘She’s a Lassie from Lancashire.’

The game was organised by Jack Harcourt of Glossop FC to raise cash for Glossop Welcome Home Fund for the servicemen and servicewomen returning from the Second World War. Proceeds were £150, which took the fund’s overall total to £2,500.

It was a great day out, more of a festival than a game of football and everyone went home happy.

ON THE BALL: Fans pack the stands and terraces for some goalmouth action.